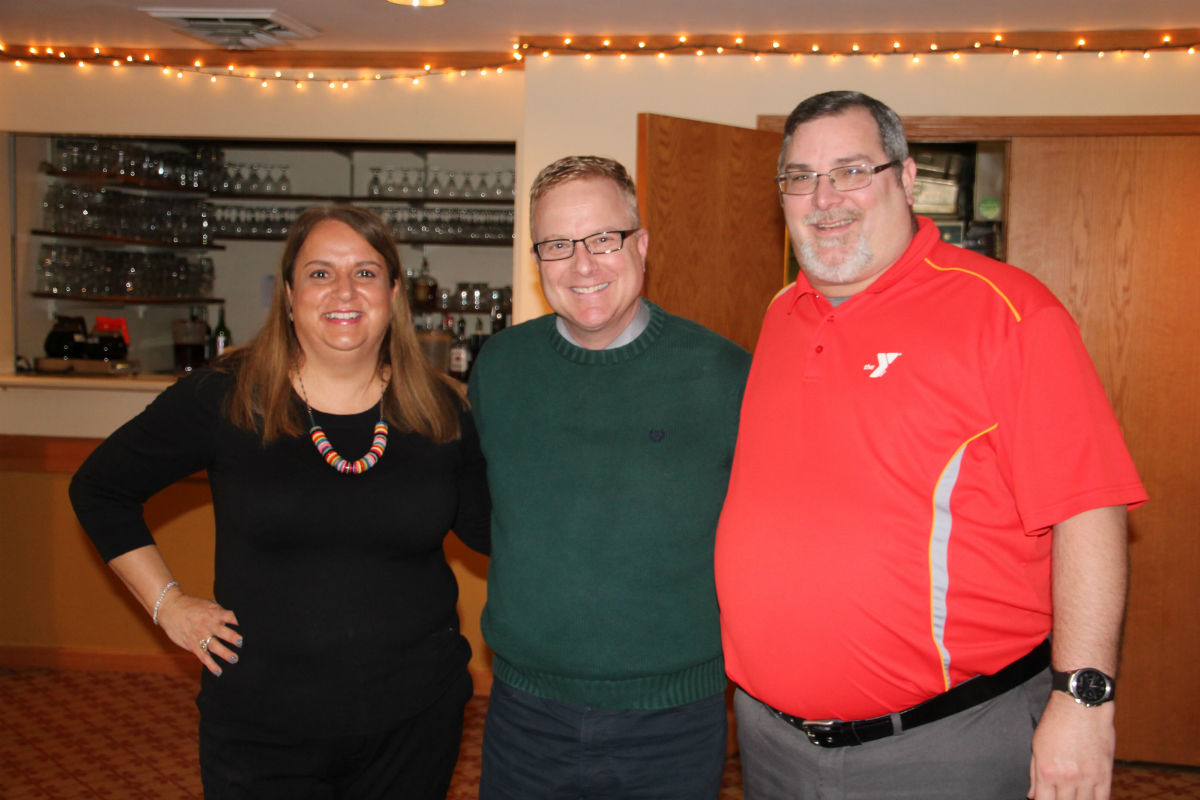 After 107 years, the La Porte County Family YMCA still has a lot to celebrate.

Thursday afternoon was the organization's 107th annual business meeting and luncheon at Portofino Grill in La Porte. The accomplishments of the past year were honored, as well as the recent successes of the new year.

“Today, we’re going to celebrate some of our successes that we accomplished during 2016,” said Cindy Berchem, Executive Director and CEO of the La Porte County Family YMCA. “We’re going to recognize some people who have really gone above and beyond for our YMCA, and celebrate what we’ve been able to do and get ourselves geared up and ready for what’s already been a great 2017."

The meeting started with a few welcome remarks from Berchem and an invocation from Ben Fout, Community Connection Director, who also led the group in a moment of silence for Shirley Hermsen, four time Interim Executive Director, who passed earlier this year.

“Shirley was a vital part of the YMCA from her first involvement and was a true champion for the facility and the organization,” Berchem said fondly. “She was a true lady, in every sense of the word."

After a heartfelt speech, lunch was served. A delicious buffet that was prepared by the staff of Portofino Grill, ending with a mouthwatering dessert. Once the attendees had their fill of delicious food, Berchem spoke again, this time highlighting the success of different programs and events.

“For the first time in La Porte County YMCA’s 107 year history, our membership has exceeded 8,000 people,” Berchem said and was followed by a big round of applause for this historic triumph.

Ben Fout then took the podium to announce what was in store next for the meeting.

“We will put in the new board today and elect the new officers and also give out our Volunteer of the Year Awards,” said Ben Fout.

The Board of Director’s Class of 2020 were nominated. Susan Aaron, Kevin Higdon, Nolah Nasser-Gertner, and Kyle Rosenbaum were the nominees and were voted in unanimously. Berchem then recognized the three recipients of their annual volunteer awards.

The 2016 Youth Volunteer of the Year Award went to Michigan City High School’s Mural Painters for their creative and beautiful mural they painted in the La Porte YMCA. The 2016 Dot Ryan Adult Volunteer Award went to Valerie Martinsen, a wonderful surprise for the volunteer and full time dentist, for her volunteer work as the YMCA’s cross country coach.

“It was really great seeing all of the kids succeeding in cross country when maybe they aren’t able to do other sports the same way,” Martinsen said.

The 2016 honorable Shirley Hermsen Community Award went to WIMS AM 1420 for the station’s donation of free airtime to promote different programs and events. When the award was finally presented, Ric Federighi, the general manager of the station, graciously accepted.

“It’s about making a difference. It’s about staying together as a community,” Federighi said.

The last item on the agenda was to nominate the officers for the upcoming year. A motion was read nominating Susan Aaron as President, Nolah Nasser-Gertner as President-Elect, Nick Otis as Vice President, Michael Riehle as Treasurer, and Kelly Hague as Secretary. The motion was seconded and passed unanimously.

That concluded the 107th annual La Porte County Family YMCA Luncheon. Berchem brought the meeting to a close with a last inspiring statement.

“Thank you again for joining us. I hope you got a little inspiration from the things we do. I love to share the programming and what we do at the Y. We are happy and honored to share all of it with you."

For More info on the La Porte YMCA, Click Here!