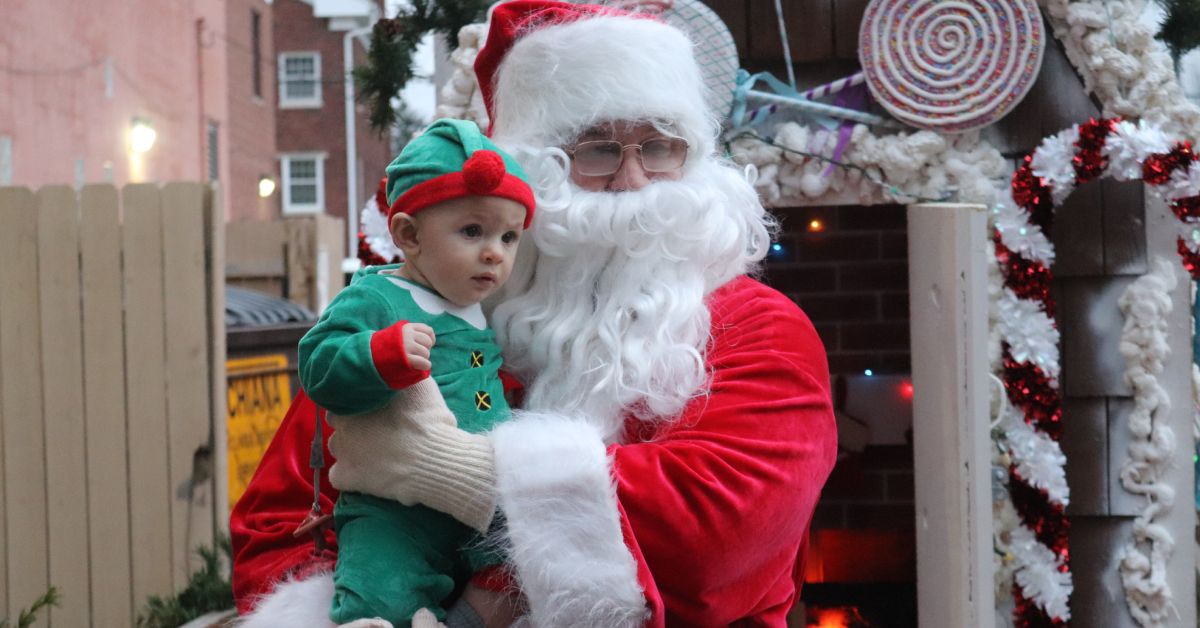 La Porte County Family YMCA’s annual holiday festivities took over the Michigan City and La Porte branches this weekend. Across two dates, the Y offered a wide array of games, snacks, activities, and even an opportunity to meet Santa Claus and Mrs. Claus for photos.

The celebrations, which were open to the public, began at the Michigan City Elston Branch on Saturday, December 10, with the annual Christmas Family Day. During the day, YMCA members volunteered to run different games and craft tables while musicians performed live music, all before Santa dropped by for a visit.

“I love seeing the kids, and Santa with the kids,” said Kathy Workman, program director at the La Porte Family YMCA Michigan City Elston Branch. “The music is probably one of my favorite additions. We started that last year and continued it. My daughter actually sings, so she’s the singer today. We’ve incorporated a little bit of everybody into the event.”

The games, such as snowball toss and ring toss, were built by YMCA staff a few years ago and have become fan favorites. Kids also took the chance to write letters to Santa – some of which they hand-delivered when he arrived.

On Sunday, December 11, the festivities moved to the La Porte Branch where it hosted Cookies & Coco with Santa. Families enjoyed treats as well as an extended photo-op with Santa and Mrs. Claus in front of an elf-sized gingerbread house.

“We just wanted to do something for the community, it’s a part of the Y’s mission,” said Marla Bruns, La Porte County Family YMCA membership engagement coordinator. “It’s just a fun event to have.”

The La Porte branch started the tradition in 2020 with a drive-through variation of the event, where families could wave to Santa.

“We didn’t get a huge turnout back then thanks to COVID, but it’s grown,” Bruns said. “I’m expecting about 500 people this year.”

Kori Mobley, director of member engagement at the La Porte Branch, was excited to host an event that welcomed the public, rather than YMCA members alone.

“We want the community, who aren’t members, to be able to enjoy the Y as well,” she said. “A lot of people forget that we’re a nonprofit, and our goal is to give back to the community.”

Mobley said that it’s hard to beat seeing the joy on children’s faces when they get to meet Santa.

“It’s just a blessing,” she said. “Right now, it’s common for people to get angry or snap at each other with how stressful things are. This is a time to be joyful and for families to enjoy each other. Seeing those families here, taking pictures, having fun, enjoying Christmastime is amazing. It creates memories that last forever, because when I look back on my childhood, I remember the things my own parents took me out to do during Christmas.”