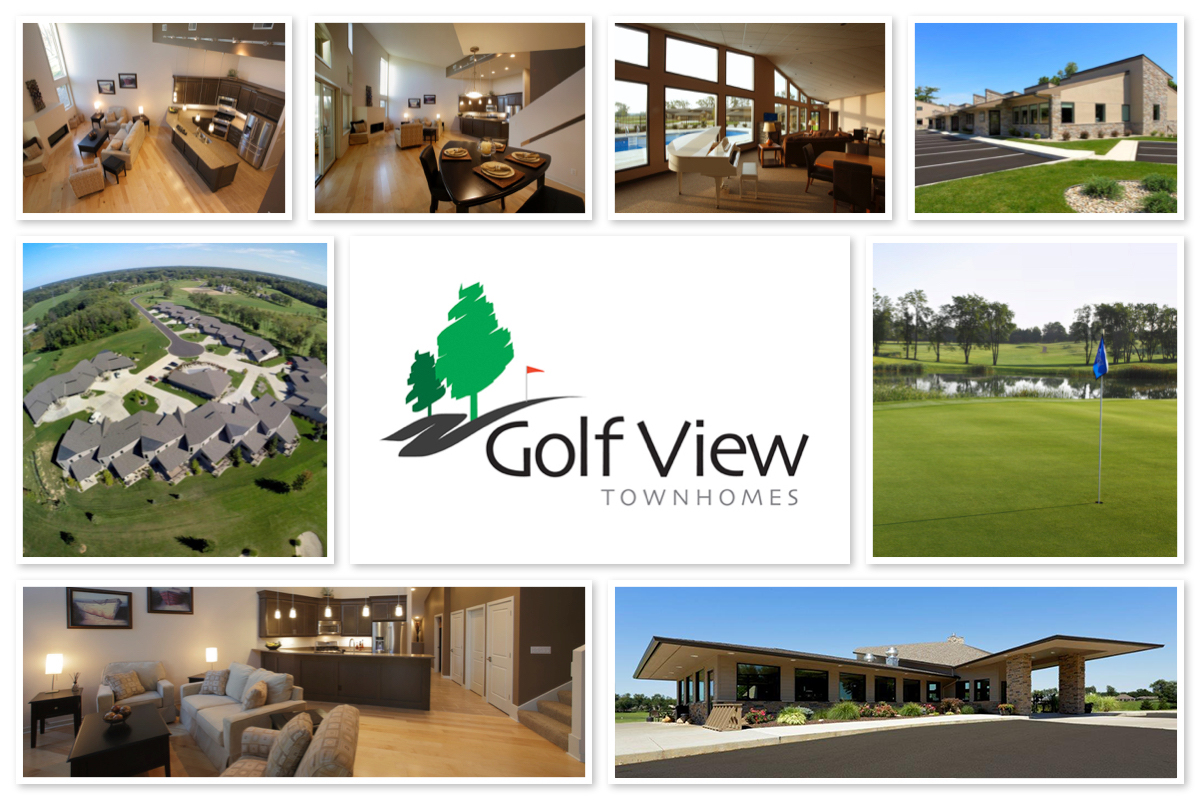 For over 40 years, G. M. Fedorchak & Associates (GMF) has been on the leading edge of designing and developing truly magnificent projects both locally and nationally. While GMF touts unsurpassed design and engineering expertise, they’ve maintained a focus on making La Porte County a better place to live and work for every resident.

Based in La Porte, GMF started out as an architecture and construction management firm and has grown over the years to include a real estate development division that is offering La Porte County residents, and those looking to relocate to the area, unique designs and developments matched only by the unparalleled quality of the work they produce.

Jerry Fedorchak, President of G. M. Fedorchak and a second-generation architect, is leading the way when it comes to cutting-edge design and cost effective construction of some of the region's most valued developments.

“My father was an architect and he worked all over the world on projects like the John Hancock Building, Chicago Circle Campus, the Washington Bullets Basketball Arena, and American Schools all over the world including Kuala Lumpur, London, and Singapore as a partner in a nationally renowned architecture firm based in Salina, Kansas, Philadelphia, and Michigan City,” said Fedorchak.

Having worked for larger firms and tiring of travel around the globe, Fedorchak’s father was interested in putting together a smaller company in which he could directly oversee all facets of his designs. Eventually, G. M. Fedorchak & Associates was born.

The younger Fedorchak’s experience as a child travelling to projects with his father came full circle when he was getting his degree from Ball State.

“It was interesting when I was in Ball State’s School of Architecture they taught about projects my father designed and I had visited as a child,” he said. “It was kind of neat.”

Eventually, GMF began offering construction management services to its architectural patrons. It results in significant cost savings to the direct benefit of their clients over typical construction methods.

Next, because of the demands for their unique, Frank Lloyd Wright inspired designs, and the cost saving methods offered by their construction management services, they chose to begin creating their own real estate development projects.

One day, GMF’s accountant, Paul Applegate, introduced him to Robert Magnuson, a well-respected resident of La Porte, the owner of La Porte Chrysler as well as a parcel of land on Pine Lake. “The site had an abandoned muffler shop, auto body paint shop and an old used car structure on it. The water was not even visible from all of the overgrowth”, said Fedorchak. He and Magnuson, however, saw the potential of bringing the full enjoyment of the lake to many families and improving the quality of life in La Porte. They partnered on the sold out 76-unit Outlook Cove Condominium Development offering maintenance-free living with unsurpassed quality and value.

With the success and promise shown in the Outlook Cove development, the two next partnered with Bob’s brother Jim Magnuson and considered developing land along the 18-hole Legacy Hills Golf Course. “The Magnuson’s are really wonderful people and a pleasure with which to work” Fedorchak said.

The ultimate concept was to create a beautiful place to live, work and play. A place you could take your golf cart from home, to work, to dine at a beautiful restaurant and of course play on a wonderful golf course right in the heart of La Porte County, nicely set between Michigan City and La Porte.

The first project, The Golf View Townhomes, is a 44-unit upscale residential development boasting 2,300 square feet of professionally designed town home living space overlooking the rolling fairways of the golf course. The Clubhouse, Fitness Center and swimming pool are treats that the residents just love. They are now building their sixth phase with prices starting at only $329,900. The country club setting of Legacy Hills is simply gorgeous and with their last remaining single family home lots available, this development is something for which La Porte County should be very proud. If you have not yet had the pleasure of visiting one of their model units, you should do so at one of their open houses Saturdays and Sundays 1:00pm-3:00 pm or by appointment at 219-362-7722.

The second project is the growing Legacy Business Park. Now with its second phase under construction, it will be home to over 20,000 square feet of professional business space. “It is a pleasure seeing new companies and residents locating in our wonderful community and we are proud to be a part of making it happen” Fedorchak said.

The development is now taking on a small condominium project with 16 units starting at $219,900 also overlooking the golf course.

“You couldn’t ask for anything better,” he added. “There’s no crazy traffic, there are great schools nearby and it’s been a wonderful experience.”

These developments, as well as other projects that GMF has spearheaded, have made a definite impression in terms of the economic impact to the city and the county. Outlook Cove was a $24 million project, Golf View Townhomes is another $12 million, and the other offices and condos that are being developed will add, at least, another $5 million in investments into the La Porte area.

Being headquartered in La Porte means that GMF is a part of the very community which they are working to grow and develop.

“We always try to hire locally,” Fedorchak said. “We want to hire that local drywaller, for example, because he’s going to go and spend his money here locally. He’s going to go to AL’s to shop and that’s going to help create more jobs.”

“Instead of someone from Indianapolis coming up here to build these projects, and watching those dollars then leave, anything we can do to keep the funds local helps everyone. We keep reinvesting back into the community ourselves,” he added. “We’re always working hard to promote local businesses here. It’s important.”

“It’s not just rhetoric to say that things are better than they were five or ten years ago,” added Bert Cook, Executive Director of the Greater La Porte Economic Development Corporation. “It’s the truth. Something like this (development) for me is really exciting. The private sector plays such an important part in addressing a huge component of the success or failure of a community. To see things like this is exactly what we should be working towards.”

Fedorchak credits the workability, across the board, of both public and private entities as well as local lenders such as the former La Porte Savings Bank (now Horizon Bank) as big factors in the success of partnerships and developments in which GMF has been involved.

“They’ve been great really,” he said when speaking about working with the La Porte, county and city. “These projects might not have happened if it weren’t for the cooperative attitudes of our local government officials.”

Through its 40 years, GMF has a resume of literally hundreds of projects of all building types. They include Nativity of Our Savior Church and The YMCA in Portage, St Paul’s Lutheran Church in Munster, Vanair Manufacturing and Benson Oral Surgery in Michigan City, and several La Porte Savings Bank and Chase Bank facilities. They were also the original developers and partners in the Blue Chip Casino as well as numerous other developments in the area.

To find out more about G. M. Fedorchak & Associates’ and their developments, visit their website at: www.gmf1.com/