Mitchell Udowitz, a patient at Northwest Health Outpatient Rehabilitation, was diagnosed with primary lateral sclerosis (PLS) in 2017. PLS is a rare, neuromuscular disorder that affects the central motor neurons and is characterized by progressive weakness and stiffness of the muscles.

At the beginning of his PLS journey, Mitch developed a mantra to keep him positive and inspired. It’s based on a saying by American television host, Montel Williams. Montel is currently fighting MS, a disease that also affects the central nervous system. Daily Mitch shares his mantra with all: “I have PLS, but PLS does not have me … because there’s a lot of living left to do!”

The progression of the disease eventually led Mitch to Northwest Health Outpatient Rehabilitation to address speech issues and his strength and coordination of muscle movements.

During one of his sessions with his speech pathologist, J’aime, he mentioned that he had started a bucket list and skydiving was at the top of his list. He shared that his doctor had approved it and that he was planning to jump at Skydive Windy City Chicago in Michigan City on June 24. To his great surprise, J’aime told Mitch that she would like to join him for the jump.

The word spread quickly about Mitch’s bucket list jump and soon other therapists, patients and friends wanted to be part of the event and help him achieve his goal.

On Friday, June 24, 10 people – including several Northwest Health team members - skydived with Mitch and more than 30 supporters were on site to cheer him on.

Mitch agreed to share his journey with PLS to increase awareness of this neuromuscular disorder as well as to inspire others with hope and support – reminding all that life does not end with a diagnosis – you can still have your dreams and achieve fulfillment in your life.

As J’aime states at the end of the video, “We can all learn a great deal from Mitch.” 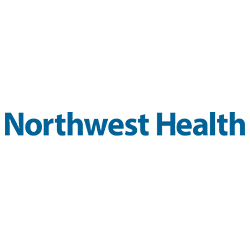