Metalized Coatings, LLC Looks to be Fully Operational in La Porte by September 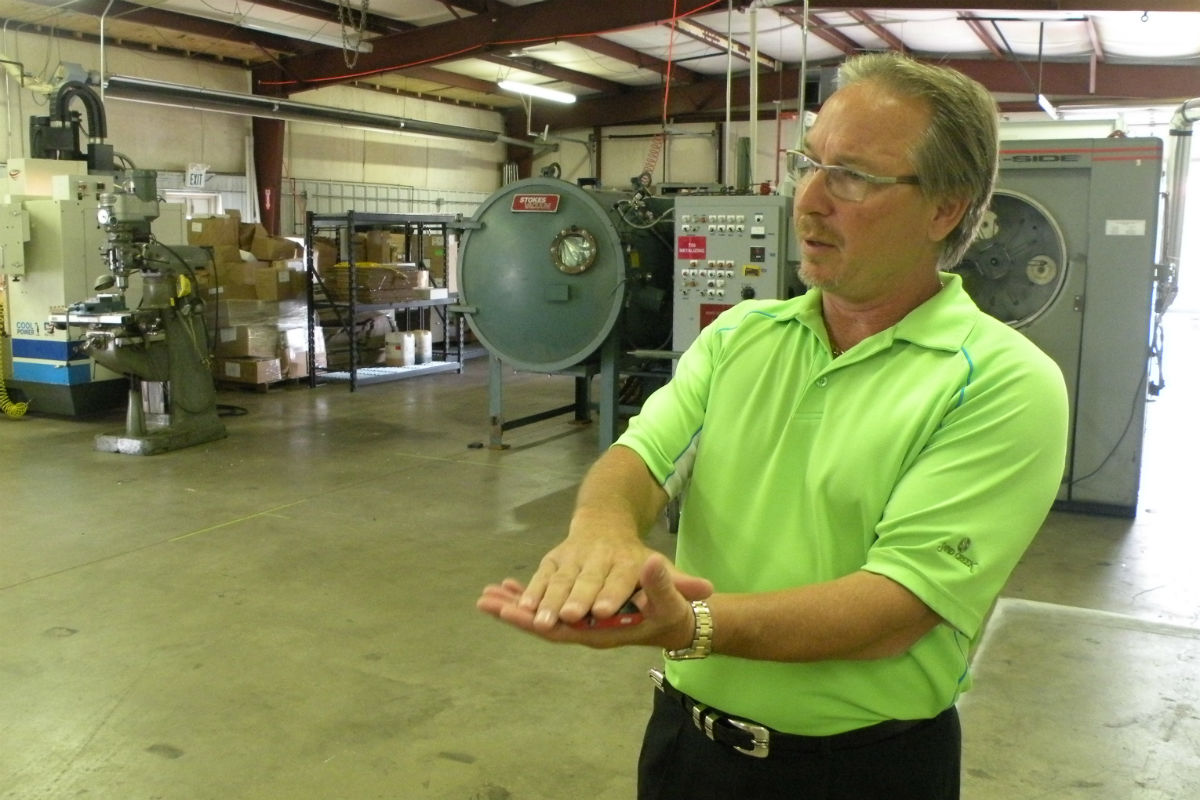 The nearest vacuum metalizing manufacturers to Northwest Indiana are in the Detroit area, but this fall an environmentally friendly company that puts metalized coatings on plastic with a process called Vacuum Metalizing, will be fully operational here in La Porte County.

Jeff Maki, owner of Models Plus in Kingsford Heights, has teamed up with Martin Goldsberry and begun Metalized Coatings, LLC - a business Maki calls “a small, industrial jewelry maker”," producing bright and shiny on just about anything plastic at Thomas Rose Industrial Park in La Porte.

“We’re unique in the fact that we do vacuum metalizing, which is a simple process of vaporizing metal from aluminum for instance  and apply this vaporized material to a variety of plastic materials to create a vibrant chrome finish,” said Maki. “We deal with water soluble paints and topcoats, so we are very environmentally friendly and not costly.”

The variety of different companies that could utilize Metalized Coatings are broad.

“We’ve been talking to a kitchen appliance company, those in medical device manufacturers and some automotive industry opportunities,” Maki said. “We’re excited because we are setting the table now and hope to be fully operational by September 1.”

Mike Pokuta, business development manager for Metalized Coatings, said “headlight reflector parts, door handles on a car - any plastic part that has a chrome finish on it to appear metal" could be made.

“When the word gets out that all these products are here, we win business from a variety of industries,” Pokuta said. “It will be like a domino effect. This is just going to keep growing.”

With the potential growth being large, Maki expects to grow in both size and the number of people employed by the business, which is now at four.

“We will operate on two shifts and anticipate making more than a million parts a year,” he said, noting that approximately a $700,000 capital investment has already been put in and will “probably be close to $1 million by the time we are up and running.”

Maki said some higher-level openings are available now such as the need for an engineering expertise truck driver and a product manager. Starting pay for production workers is generally $10-11 an hour and management positions more based on experience.

There is also plenty of room around the new business at 1540 Genesis Dr. for expansion, which will be needed once this takes off.

Maki said he would like to at one point move his other business from Kingsford Heights to La Porte because “it can be hard to dig for workers to go to Kingsford Heights,” and “that shouldn’t be an issue here.”

His original plan to open Metalized Coatings up in Berrien County, Michigan was changed thanks to a recommendation from Bert Cook, executive director of the Greater La Porte Economic Development Corporation (GLEDC) and after realizing the “large incentives” regarding opening a business in Thomas Rose Industrial Park.

“Credit Bert for helping us identify the building and the convenience of working in this industrialized area,” Maki said, noting his years of work in the county with Models Plus, which first opened in 1992 and was officially incorporated as a business in 1996.

“We’d love to move that business up here,” he said.

The growth potential of Metalized Coatings, though, is “great.”

“We aren’t (Alcoa) Howmet, but we will add to the gross domestic product of the County and we are proud of that too. We are already building business partnerships and presenting a quality product with on-time delivery.”

“He was instrumental in arranging financing through the Regional Development Company,” Maki said.

Kim Ramsey, assistant development director at GLEDC, said the addition of Metalized Coatings “shows a strong commitment to the workforce in La Porte and the incentives offered here.”

It won’t be long for those in need of vacuum metalized products in La Porte County to find that manufacturer nearby.

“Once we get some more equipment in place, we’re rocking,” Maki said.