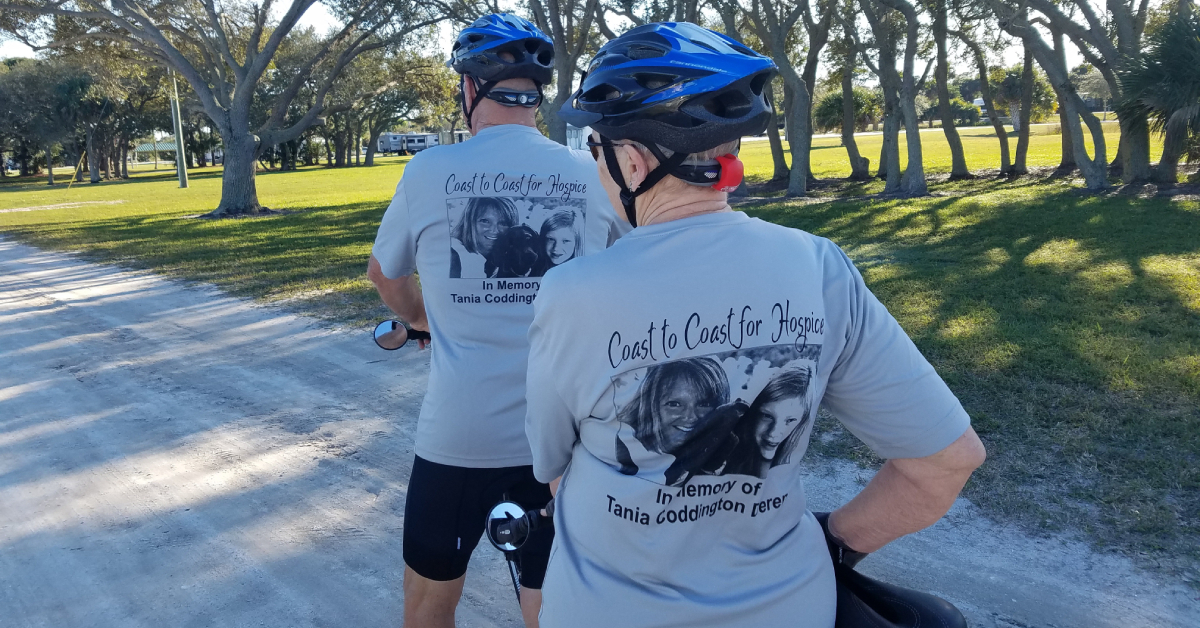 MISHAWAKA, IN – Dale Coddington will begin his Coast to Coast for Hospice ride – a fundraising, cross-country bicycle trek on his 73rd birthday, Saturday, February 8th at 9:30 a.m. He will depart from 5473 4th Street, St. Augustine Florida on a ride that has been his dream for several years to honor the memory of his late daughter, Tania Coddington Deren.

To see him off, a group of friends, family, and supporters will be there when he departs – media and supporters are welcome to attend. His trip will take an estimated three months to complete and will end in San Diego, California.

Coddington hopes to raise $125,000 in support for Center for Hospice Care, located in Mishawaka, Indiana. So far, even before departing, he has raised almost $7,000.

Coddington chose Center for Hospice Care to receive the funds because his granddaughter, Abby, utilized their bereavement services in their Life Transition Center after her mother’s unexpected death in February of 2014.

“Abby wanted the funds to go to their bereavement program because of the help they gave her. Center for Hospice Care not only helps those in the last days of their lives, they help those left behind to grieve. I want to thank Center for Hospice Care for the part their counseling services played in helping Abby through a very difficult time in her life,” Coddington said.

He will ride his bicycle from coast to coast while his wife, Carole drives their family RV to the rest stops each night. Coddington is covering all of the costs of the ride so that every dollar donated will go directly to benefit Center for Hospice Care’s Life Transition Center to fund bereavement services.

To learn more and donate: https://secure.qgiv.com/event/account/878995/

About Center for Hospice Care:

Center for Hospice Care is a community-based, non-profit organization that works to improve the quality of living through hospice, home health, grief counseling and community education. Since 1980, Center for Hospice Care has kept its promise that no one eligible for hospice services in their nine-county service area will be turned away due to their inability to pay. The Hospice Foundation supports CHC’s mission by advancing projects, raising funds and creating educational programming that improve the quality of living in the communities we serve.