A Valpo Life In The Spotlight: Robert Carnagey 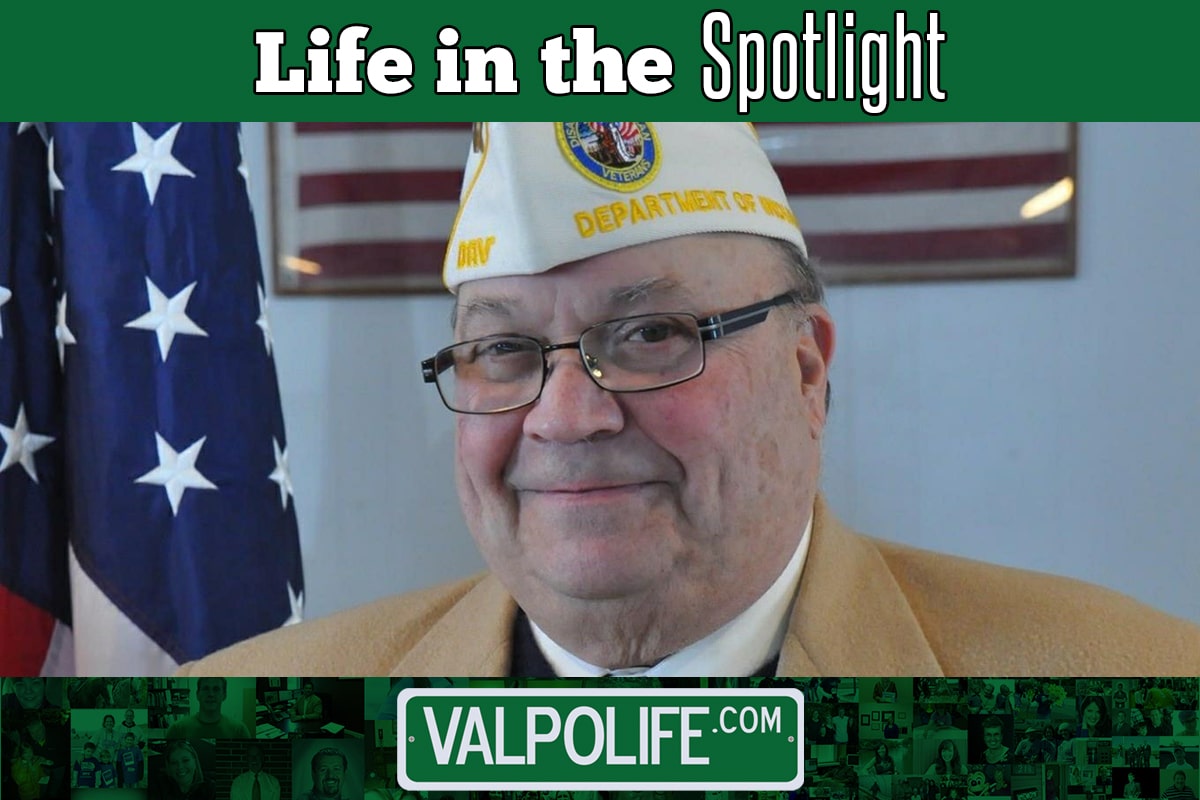 “Sometimes it gets overwhelming,” Robert Carnagey says of his active retirement lifestyle. “But that’s good for me.”

Carnagey was one of those “lucky kids” who was drafted into the Army in the ‘60s. After a quick six months training, he was sent to Vietnam as part of a signal unit installing telephone switches that routed calls directly from Southeast Asia to the U.S.

“Do you have a Jeep?” asked some of the guys at the snack bar where Carnagey was learning to play hearts. He did, and so they volunteered him to take them to the orphanage that afternoon. Turns out they did that every Sunday: visited the orphanage.

“They send the big units like ours pallets of food,” Carnagey said, “Lima beans. Powdered eggs. And it doesn’t all get eaten. There’s excess.”

Carnagey and his new friends collected the food and extra clothes in a 2.5-ton truck and dropped everything off at the orphanage every Sunday.

“They used our excess to supplement their three-times-a-day rice meals,” Carnagey said. “I was happy to be involved because it felt good to help those little kids.”

As Carnagey describes nearly all of his life’s undertakings, what happened next came quite by chance.

“When I came home from the military, I was looking for things to do,” Carnagey said. “I had always loved sports. I played sandlot games and in church leagues, but was not athletic enough to participate in high school.”

Carnagey’s friend told him of an opportunity to officiate high school sports, and he built a 44-year career officiating high school football, basketball and baseball.

“When I first started I took a training program and the guys said, ‘You’re going to meet some of the nicest people in the world because they give their time to develop young people,’ and they were 100 percent correct,” Carnagey said. “I made some great friends, met wonderful people, and was able to participate at a high level.”

Officiating high school sports took Carnagey to high schools “from here to Lafayette; from here to South Bend,” and his career in sales and marketing took him around the world.

“Now I do things that are much more important,” Carnagey said of his retirement. “I’m retired. But I work just as hard now as when I used to get paid.”

Carnagey naturally assumed that retirement would be filled with tee times and leisure. Not being particularly great at golf, he was pleased to find out there’s more to life after work.

In 2010, playing a tournament at the Course at Aberdeen in Valparaiso, Carnagey was asked to put a dollar in a bucket. That dollar was to help fund Folds of Honor (FoH), a charitable organization Carnagey had not yet heard of. With a basic explanation of the charity on the links, Carnagey went home and did his research.

Folds of Honor is a scholarship program that provides college assistance to children whose parents were lost or severely wounded while deployed in Iraq or Afghanistan. It was started from scratch by Air National Guard of Oklahoma F16 Fighter Pilot Dan Rooney. On his way back from his second tour in Iraq, Rooney was aboard a plane carrying a hero home. When he looked out the window, he saw the entourage awaiting that hero, and his life changed.

“Rooney’s story reminded me of some of the people I served with, and I realized that we did very little for those guys when they didn’t come home,” Carnagey said. “FoH was the right thing to do, and it should’ve been done for years and years and years, but it wasn’t.”

In 2012, the Indiana National Guard lost six deployed soldiers and formed the ad hoc committee Sapper Six to honor and remember their lives. Sappers, or combat soldiers who are responsible for building and tearing down, are also responsible for clearing roadside devices. The 713th Engineer Company in Valparaiso is a Sapper unit.

Carnagey also lends his help to the Porter County Veterans Treatment Corp, which he said works to “help soldiers who are involved in the court system get their lives back in order.”

All of these experiences led Carnagey to explore his own time in the service. While spending 13 months in Vietnam “a long long time ago,” he was exposed to Agent Orange. Carnagey sought involvement with the Disabled American Veterans Chapter 17 in Hammond, Indiana.

“As a group, we try to help other vets gain the rights that are due them,” Carnagey said. “As a byproduct, we help those less fortunate vets who are slipping through the cracks for one reason or another in the Northwest Indiana area.”

Through his involvement there, he joined the board of directors for the state-level organization.

With a retirement full of volunteerism, Carnagey looks back to his time serving in Vietnam, where his itch for helping was first scratched.

“When I look back and realize I did that back then,” Carnagey says of visiting the orphanage, “and now I help children of fallen heroes over here. It’s a complete circle.”