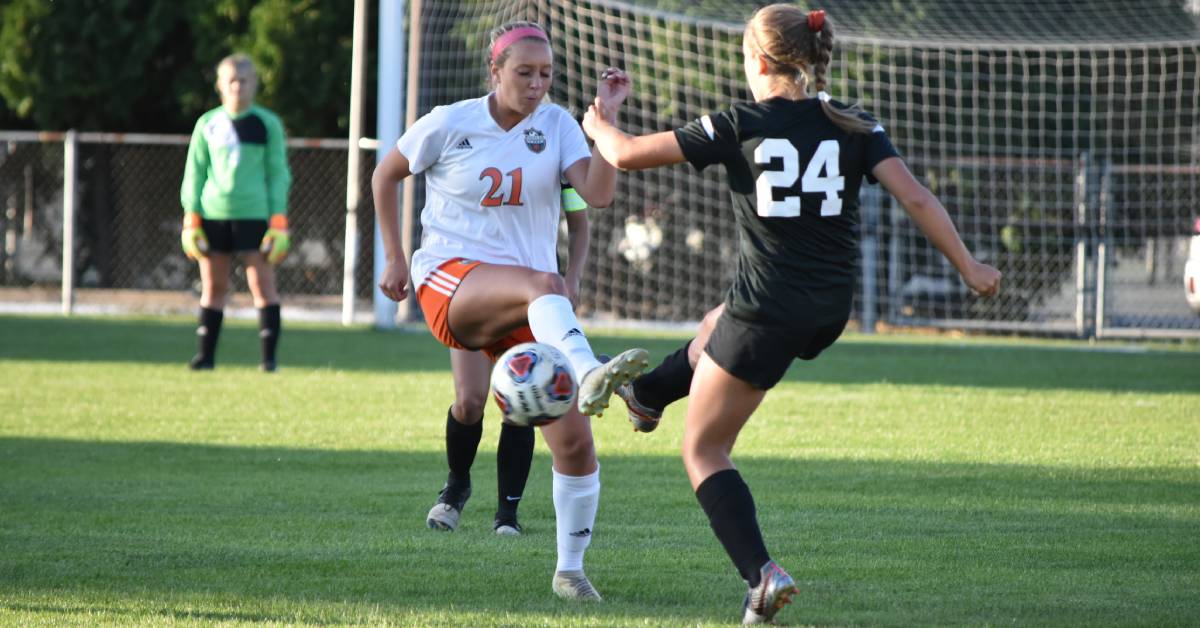 The La Porte Slicers were on home turf as they took on the Wheeler Bearcats in a nonconference girls soccer game. The two-time state runner up Bearcats were undefeated going into this game and the two teams had not faced off in more than 3 years.

"We are unfamiliar with each other," said Bryan Murray, Bearcats coach. "We have done some score watching so we know what they have done and we know which players do what just based on statistics. We have done our work on that front but we have to go out and execute and play to win like we have the past few years.”

Slicers Coach Ashley Rozparzynska was up for the game.

"I look forward to it. I actually used to help out with Coach Byran Murray so I am excited to see how his players are doing," said Rozparzynska. "We are planning on going on attack mode instead of playing back on defense because we all know Wheeler has a really great program. Sometimes we just have to bring it to them and see how they react.”

The La Porte slicers have had a challenging season being down players with injuries.

"We are slowly getting back in it and growing more every day like we planned on at the beginning of the season," said Coach Rozparzynska .

Like her coach, Goalie Lauren Pollock was looking forward to facing the Bearcats.

"I think it will be a good match," said Pollock. "They are a really good team and we've had a hard season, but they have about the same scores with the teams we beat so if we give it our best we should have a chance."

Senior Slicer Shelby Linn runs the defensive backline and was feeling positive before the game.

"I think we will do good as long as we play together," said Linn.

Bearcats Forward Bentley Wilson felt the season was going well for the Bearcats, but there was still room for growth.

"We could be doing better. We lost a lot of seniors, " said Wilson.

Coach Murray was feeling good about the Bearcats.

"We are healthy," said Murray. "We have three games before the tournament starts. The girls are excited to play and it's a nice night to do so."

The Bearcats started off with possession and the attack, but their early attempts at scoring were unsuccessful as the Slicers held them off.

As the game progressed, the Slicers showed they were not afraid of the Bearcats. When the Bearcats’ goalie was injured with 12 minutes left in the first half and the score tied at 0-0, the game was anyone's guess.

Then with just 4:59 left in the first half, Riley Garcia would score the first goal for the Bearcats. The half ended with the Bearcats up 1-0.

At the beginning of the second, the Bearcats came out refocused. Bearcats Anna Capellari scored two goals bringing the score to 3-0. Garcia then snagged a corner kick followed by a hat trick. Despite valid attempts, the Slicers could not come back and the Bearcats won 5-0.

After the game, Coach Rozparzynska was pleased with the Slicers.

"They really held their own. I think that is one of the longer times the Bearcats have been kept scoreless," said Rozparzynska.

Senior Bearcat Katlynn Mistina was pleased with her team.

"We started off a little slow, it took us a little while to get into it, but we kept our heads in it. Losing our keeper was kind of hard, but I think we did really well and Sydney did a really good job stepping up," said Mistina.