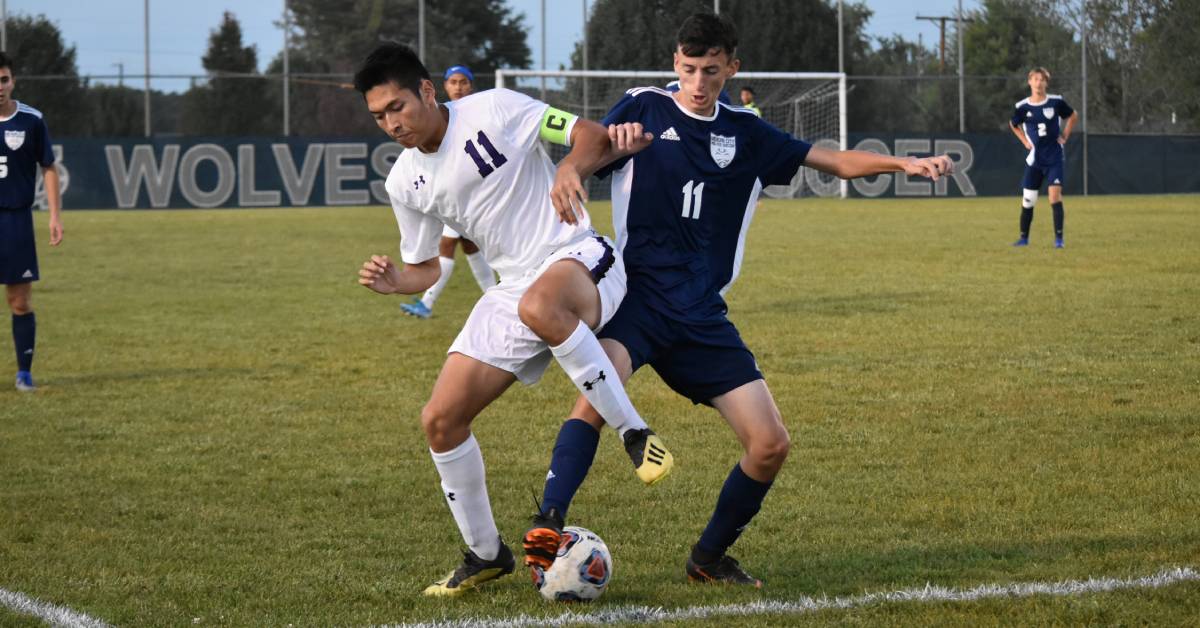 Before the game coaches, reflected on the season.

"We are finding our team chemistry, and we find it a little more each game. Hopefully, we find more today and for sectionals," said Wolves Coach David Harris. "We ended on a high note last year beating Crown Point for our last game. Crown Point is a good team. We have to keep going [in that direction]."

"Michigan City always gives us a competitive game, especially at their place,” he said. “We've told our players they need to be ready for the most competitive game they have had this season."

Past has been pleased with the Pirate's season so far.

"This is the best record we have had in one season for the past few years,” he said. “We had one bad game but every other game we have been competitive and very happy with our playing."

Pirates team members were excited to take the field.

"Any time we get to play DAC and get a win it's great," said player Anthony Rivera. "We just have to score early, score often and keep our defense tight"

Senior Jerry Walker agreed. "It should be a good game. I'm energized already. We are pumped up and we are ready to play, " Walker said.

Like Coach Harris, Crown Point made for a memorable game for Wolves' senior center back Tre Bisher, and one he says he will never forget. As he reflected, one memory in his soccer career especially stood out .

"One of my favorite memories is when my mom was able to attend her last game before she passed,” Bisher said. “It was sectionals last year."

Competitiveness was the theme of the game as both teams battled for control. Defense on both sides held tight. The teams were tied 0-0 at the end of the game, forcing it into overtime.

Parents and fans on both sides cheered loudly. One Pirate fan was particularly energetic. "This is senior year, so I am entitled!" said Pirate mother Parmella Walker. "Of course, I'm predicting Merrillville wins! We just need one point!"

Her prediction proved correct. With just seven seconds left in double overtime, Pirates’ Angel Cedillo sent an assist to Jesse Villarreal, who headed the ball in for the game winning goal.

Pirates and their players erupted into cheers. While the Pirates claimed victory, the Wolves showed through their continued progress that they are not to be underestimated.