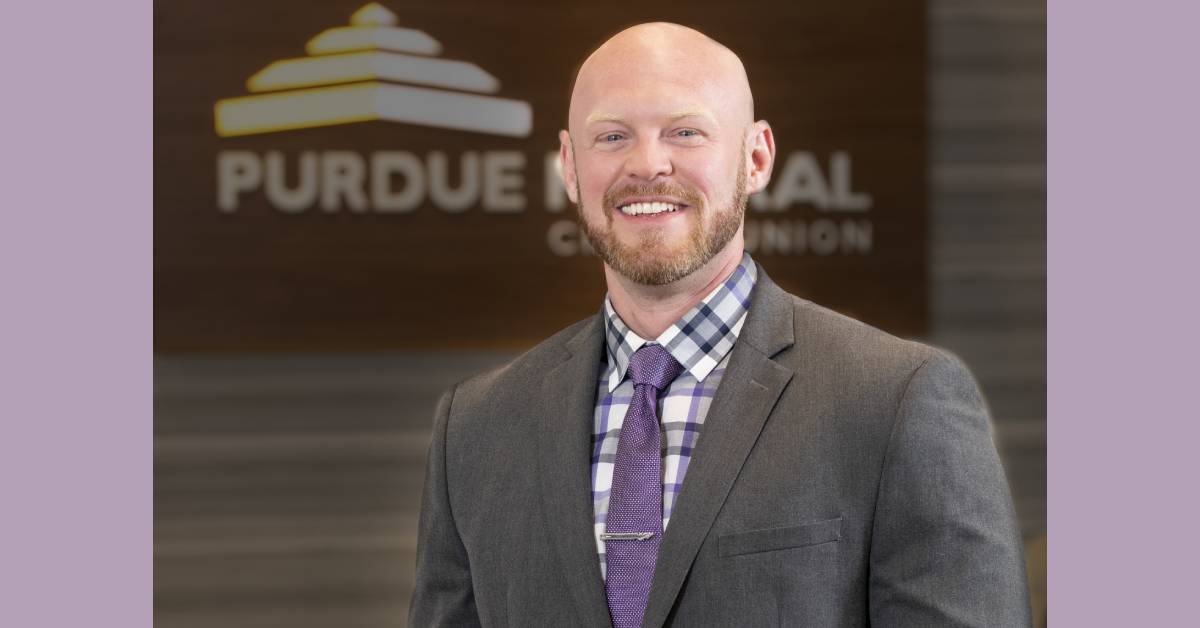 Born, raised, and rooted in Northwest Indiana, Matt Scheuer is setting his home turf alight in his role as Area Sales Manager for Purdue Federal. Balancing Lake and La Porte counties is a challenge suited to a Region native like himself, and he’s more than up to the task.

“I’ve lived in Northwest Indiana my entire life—I know the economic differences between the areas, where each area is experiencing growth, and how to best accommodate our members,” Scheuer said.

Having been in the banking industry for seven years, Scheuer found the subtle career transition he craved in Purdue Federal just this April.

“I was looking for a cultural shift, and Purdue Federal has been a wonderful answer to that,” Scheuer said. “Obviously, with any banking environment there’s an element of sales, and it’s important to take your role seriously. Here, I’m able to take my role as a consultant seriously.”

Scheuer broke down the distinction. “Other companies have mission statements and pillars of trust they hold true, but we maintain a sense of family in addition to those,” he said. “Speaking with members comes with an inherent level of trust, and I know it’s my job to ensure they have that in our team.”

“I have two real passions as a manager,” he said. “For one thing, I love traveling throughout and being an ambassador for the Region. Plus, I love working with my team. It’s a lot easier to tell people how great they are when you believe in what you’re doing and in your organization. ”

“It you’re truly concerned about your employees’ progress and growth, and you encourage it through developing and mentoring those employees, teamwork and company growth potential is limitless,” he said.

He’s excited to see that growth continue with the opening of the branch at 11330 Broadway in Crown Point.

“The Crown Point branch will be our northernmost anchor and will strengthen our credit union and the Region as a whole,” Scheuer said.

“I can’t say enough about our CEO, Bob Falk, and (Vice President of Retail Sales and Service) Laura Feeney,” Scheuer said. “There are too many people to name that have come up from Greater Lafayette  to realize this dream and break into the Region market in a new way.”

“My job doesn’t mean much without a strong team,” he said.