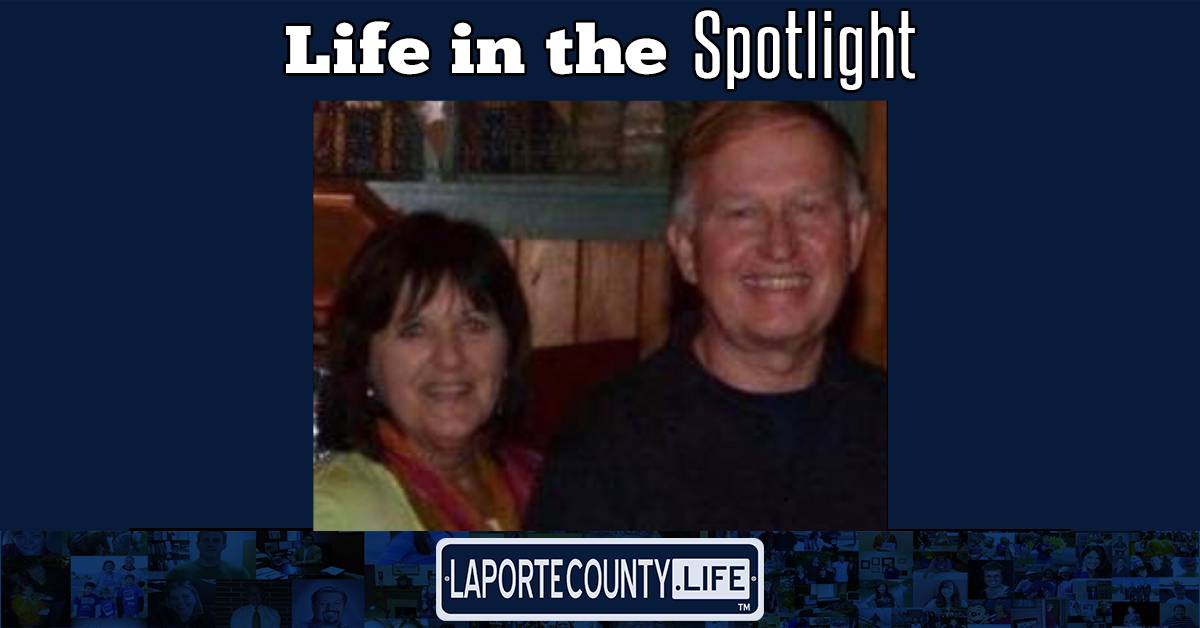 John and Jane Slater have truly helped grow their community in every way possible. Known for their involvement as Directors of the Pax Center Gardens, they foster health, community, and a passion for gardening in La Porte.

John was a teacher for 43 years in Rolling Prairie and taught mostly 5th grade students, and Jane was a teacher’s aide and librarian. Jane retired when they had their last child and later served as John’s volunteer aide in school for his last five years of teaching.

Their first involvement with community gardening began when John was still teaching. Another teacher had started a children’s program in a local mobile home community and asked John to help her get a garden started there. This was his start of gardening with children, and the program was a success.

“People told us that it would never work, that it would be vandalized, that nothing ever works there, but it wasn’t true at all,” John said. “The adults actually protected that area because it was important for them and their kids, so it was a part of a really cool program.”

It was after this that John and Jane recognized their passion for gardening and how they could use that to help others.

After John retired, they connected with Nate Loucks, Pastor at State Street Community Church and President of the Pax Center, who had reached out to John about starting a community garden through the Pax Center about seven years ago.

That also sparked their decision to make State Street Church their spiritual home.

“We said, ‘You know, we’d be interested in coming and hearing you preach sometime.’ And we went and this guy is so dynamic and so community-oriented that we just stayed, and it’s been seven years,” Jane said.

“Nate is a young visionary. He really puts himself into these projects, and it’s wonderful to see and wonderful to be a part of it,” Jane said.

John and Jane even hosted gardening at their house for one year, which, in part, led to them being a big part of developing the Jackson Street Community Garden in La Porte. The community garden is part of the Pax Center, which is a satellite program of State Street Church that aims to help people in the community in different ways. A huge part of their mission is to address food deserts in city neighborhoods, and help break down the barriers that keep people from having access to healthy foods. They grow many different kinds of crops and flowers in the gardens.

“When we started the garden, we kind of went back to our roots. John’s dad always had a wonderful garden, as did my dad, so that’s kind of what spearheaded us in that direction,” Jane said.

John and Jane impact so many people through the community gardens. They have a class with kids, mostly 8- to 12-year olds, who come once a week for gardening. They serve the kids a meal including food they’ve grown, and then the kids get to take home food that they’ve raised. John and Jane also take the kids on a field trip to a farmer’s market in South Bend.

“We love working with kids and seeing their excitement when they see their first crops. We’re working with kids who have never really gardened, and so the first time they dug their potatoes they couldn’t believe it. They had no idea what was underneath the ground. They were just so excited,” John said.

“The experiences of working with kids is very helpful, trying to make it so it’s fun and enough structure so that they learn,” John said.

Their work in the gardens has been personally fulfilling.

“Jane and I were looking for something to do for the community, and this just seemed to fit,” John said.

“It has just snowballed. It really has,” Jane said.

John and Jane spend countless hours putting down roots to foster community growth through gardening. And even with all of their time and commitment with the gardens, they still make time to garden at home.