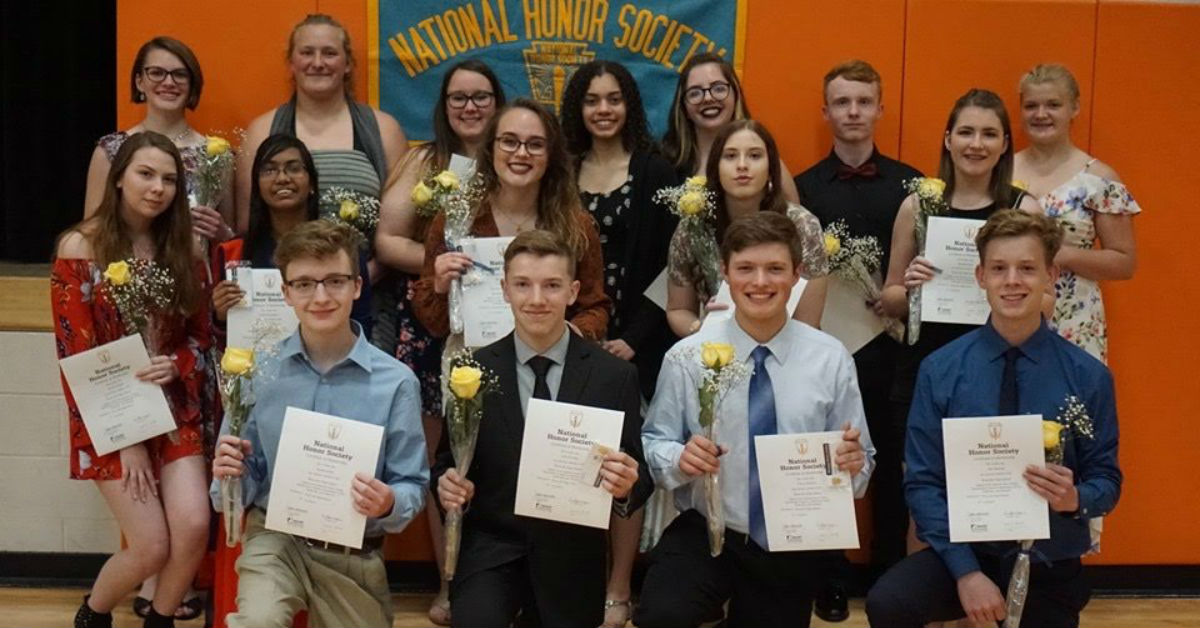 This month has been all about the wonderful teachers and staff at Westville High School. Starting off, Teacher Appreciation Week was May 6 - 10, and the Westville Positive Optimistic Wonder Workers (POWW) Club put together special festivities for the janitors, lunch workers, and librarians at Westville High.

Additionally, several teachers received awards. Westville High School’s principal Alissa Schnick was named the “High School Principal of the Year” for the district by the Indiana Association of School Principals (IASP). Middle School Social Studies teacher Pam Schnabel received the “Hometown Hero” award, presented by Modern Woodmen Fraternal Financial. All around, students at Westville appreciate their teachers and staff for the incredible things they do on a daily basis.

As for students, a group of Quiz Bowl members traveled to compete against Crown Point on May 7 in the Lakeshore Television Game Show “Making the Grade.” Overall, this has been a fantastic month for all students, teachers, and staff at Westville High School.

Already, the school year is winding down and summer break is just around the corner. The last day of school is May 30.

The High School Academic Awards will take place on May 13. The awards ceremony congratulates students on all their hard work and achievements in academics by awarding them with either Principal's Honor Roll, A Honor Roll, or B Honor Roll. In addition, the Top Scholars will be named for each grade level and new National Honor Society (NHS) members will be inducted. Being involved in NHS is an amazing opportunity and privilege for students. During this part of the ceremony, current NHS members will read about leadership and character, and light candles representing the new members joining. All in all, it will be a great ending to an even better school year as seniors head off to college and current students continue at Westville High School.

In describing an excellent student, some characteristics that come to mind are hard-working, intelligent, and friendly—all pointing to junior Leigha Jones.

From her academics to the sports and clubs she takes part in, Jones is very involved and diligent. Jones enjoys being on the soccer, poms, and softball teams. She takes part in Student Council, Breakfast Club, and also will be inducted into the National Honor Society this month. Last school year, Jones accomplished earning Principal’s Honor Roll and received an award for World Languages.

Outside of school activities, some of Jones’ interests include drawing, singing, and painting, special talents that helped her earn a great achievement. Not too long ago, Jones heard about a drawing contest in her agriculture class at school. The competition was based on drawing a new logo for Calumet is My Backyard (CIMBY). She decided to enter because she loves drawing. Later on, Jones learned she won the contest and was able to travel to the Field Museum in Chicago with her class, where she accepted an award. She also received a T-shirt with her newly-designed logo on it.

Jones is a volunteer at Reins of Life Therapeutic Horseback Riding, where she loves working with the horses. As for her future, she is thinking about pursuing a career in clinical psychology.

All the teachers at Westville High School are incredible, but Mr. Bill Smith is one teacher who dedicates extra time and work into doing something he knows will benefit students.

Smith attended Purdue University West Lafayette and earned his Bachelor of Science with a dual major in Agriculture Education and Environmental Science. In his 35 years of teaching, Smith has taught at six other schools, Westville being his seventh. This year, he teaches Landscape Management, Natural Resource Management, Animal Science, Agriculture Mechanics, and Intro to Agriculture.

As for clubs, Smith takes part in leading Future Farmers of America (FFA). FFA is intracurricular, meaning it can be worked on both as a club and a class. Smith said that he thought of becoming a teacher when he was a student because he thought he would be able to make it more interesting for the students to learn. As he approached college, he chose the career because it had a leadership component and allowed him a free summer. With his free summers, Smith is a National Park Ranger at the Indiana Dunes, which he has done for 33 years. Some of his other summer hobbies include gardening, hiking, and camping. All things considered, Smith is a very benevolent teacher who always works hard for his students.