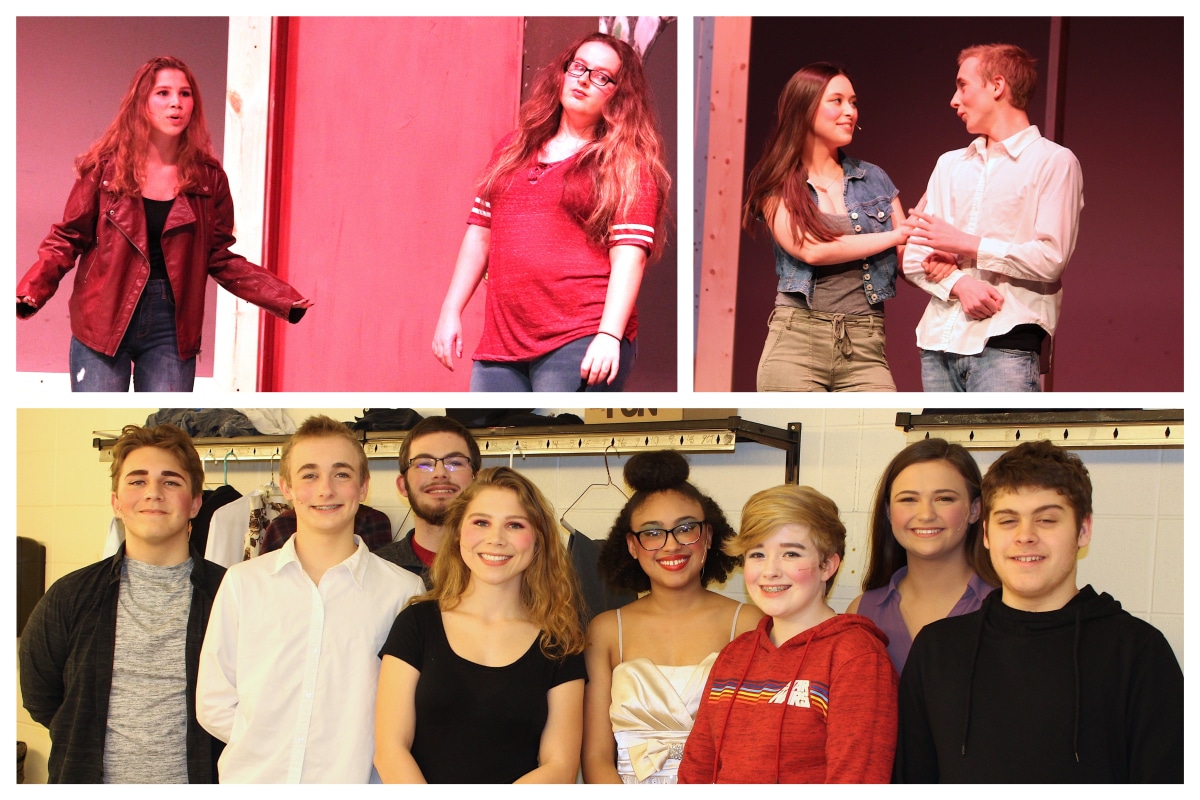 Michigan City High School’s production of “Nooses Off” entertained the audience with their rendition of the comical “whodunit”, Friday evening. The cast of students presented the play-within-a-play without a hitch, all while showcasing the talents and dedication of the cast, crew, and MCHS Theatre Director, Charles Puetzer. The show allows for improv as a learning experience, due to its many moving parts. It holds audience captive, as they laugh at stereotypes, and bite their nails to uncover the murder mystery.

Even though laughs and smiles seemed effortless, sculpting this play from nothing was a difficult feat. Normal productions get 10 weeks to prepare, this cast and crew buckled down to pull it off in six weeks due to health complications by their director.

“The show must go on,” Puetzer said. “We worked hard, even on Fridays, and the kids were eager to do what they had to to get it done.”

For Puetzer, it is always difficult to select the perfect play among the sea of options. So Puetzer turns to his students to help select the next new thing. Puetzer must be mindful of the number of people required, age appropriateness, and that it’s an overall hit.

“Nooses Off is a complex show,” Puetzer said. “There are two shows going on at the same time and everything has to be timed right.”

Puetzer leads the cast and crew of 30 by set, costumes, and stage direction. It is his tenth year, and one of his favorite experiences is seeing the joy on his students’ faces when they learn their teachers are in the audience.

“That student-teacher relationship plays a lot to the excitement of the show,” Putzer said.

Senior Julia Miller, was excited to play Jackie, who plays Catherine, within the show-within-the-show. It was her first major role, and she does not plan on stopping once she graduates. Even though nerves tangled in, Miller knows her team is on her side.

“I was pumped when I got the role of Jackie,” Miller said. “It meant a lot that Puetzer had that vode of confidence in me that I could do it.”

Miller has set her sights on Chemical Engineering in the University of California, Berkeley. She knows this role will always be in her heart, and she hopes to be a part of theatrical production in the future.

For more information about Michigan City High School, find them on facebook here.