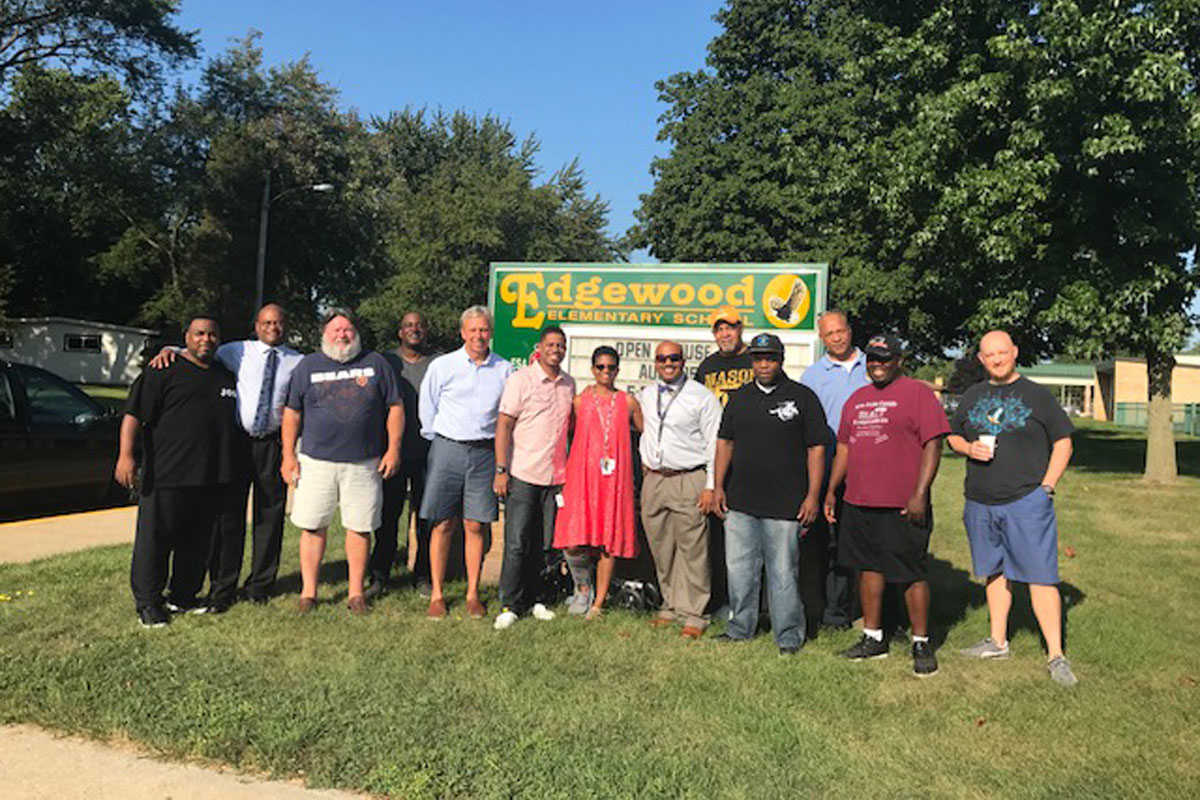 More than 30 civic leaders, pastors, police officers, and other men from the community greeted students as they arrived at three Michigan City Area Schools on Wednesday, part of a grassroots movement called “Fathers and Father Figures Being Involved”... or FBI.

The back-to-school welcome was organized for Edgewood, Knapp, and Lake Hills Elementary Schools by the Michigan City Commission on the Social Status of African American Males and the Northwest Indiana Ministers’ Conference.

“Statistics show that many students in our community may not have a positive male role model in their lives,” says Marty Corley, a member of the MCAS Board of Trustees who was instrumental in planning the effort. “We wanted to show the kids that men support them and care about their success in school. We’re hoping it will set the tone for a positive school year.”

The “Fathers and Father Figures Being Involved” group held a similar first-day welcome at Edgewood last year – and then decided to become active partners in the Edgewood School Association. A local pastor, Jacarra Williams, spearheaded the group, which met bimonthly to plan activities. Last school year, Edgewood’s FBI sponsored a four-week after-school program that taught respect while teaching baseball skills, mentored students, served as lunch monitors, and volunteered at school parent nights and fun fairs. They assisted the Edgewood School Association with a school dance, teaching boys how to tie neckties and girls how to wear scarves.

“The FBI has become a part of the Edgewood school family,” said Principal Peggy Thomas. “We truly appreciate the contribution these men are making; it is helping our students succeed both academically and socially.”

Corley says he hopes that the FBI will remain active at Edgewood again this year and will partner with Knapp and Lake Hills on more activities throughout the year, as well.