A La Porte County Life in the Spotlight: Craig Dryden 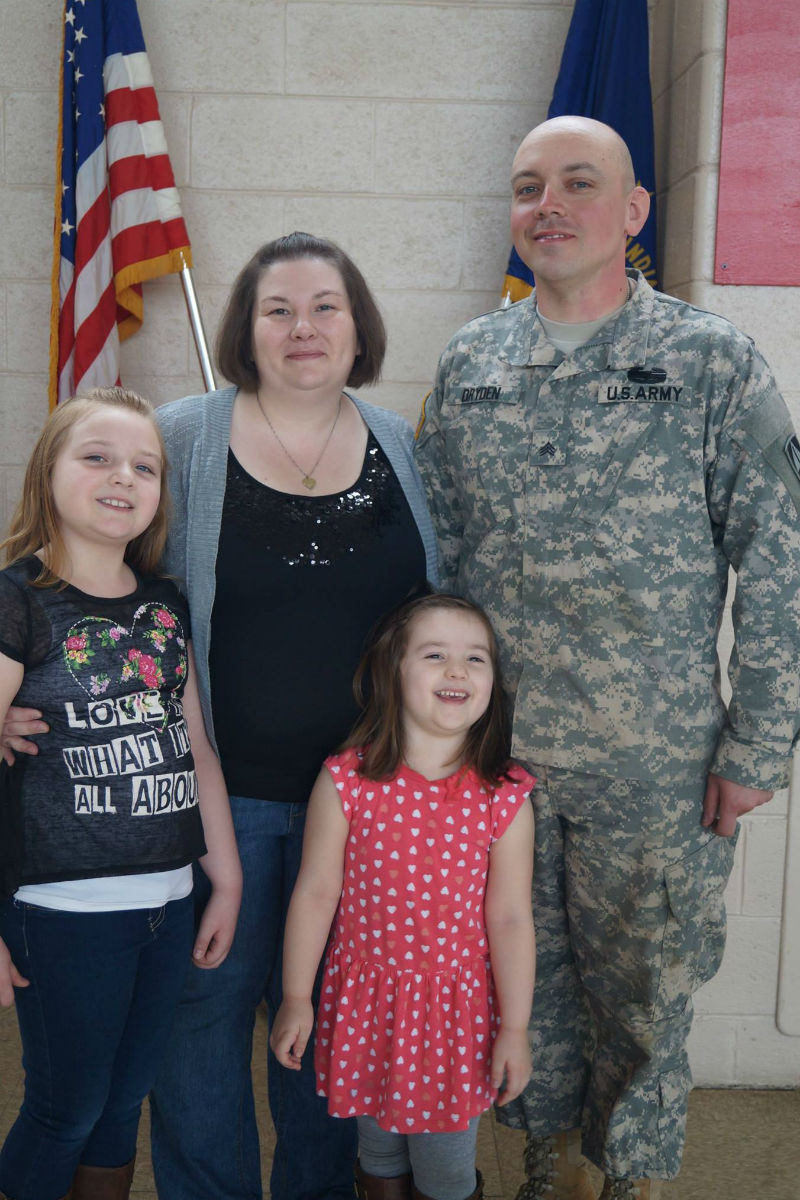 Take a look around you. Analyze everyone in vicinity. Examine the setting and take it in. Everything costs something, and that “something” is a sacrifice, a war or maybe even a life. These rights were far from free - they were earned by the men and women who have fought for our country for hundreds of years. Now that you’ve looked around the room, do you know of anyone who has fought for our freedom? In La Porte County, one man in particular stands out: Sergeant Craig Dryden.

Dryden is a proud member of the Army National Guard. He has served in the U.S. Armed Forces for a total of nearly seventeen years. Dryden was active duty in the Army for three years, and has previously traveled overseas to Bosnia, Iraq and Afghanistan.

“One of the biggest lessons I’ve learned while in the Army is to not take anything for granted. Seeing the quality of life in other countries makes you appreciate what you do have,” Dryden said.

For most of his time with the National Guard, he has taken the responsibility of being a combat engineer. As a combat engineer, Dryden has constructed wire obstacles, built and fixed bridges, operated heavy equipment, constructed fighting positions and has been involved with several other tasks related to engineering, survivability and mobility.

Although he is still a combat engineer, Dryden was previously an interior electrician within the National Guard.

“I like doing my part. Somebody has to serve, and what I do gives me a great sense of responsibility. Joining the military was a great decision for me. It gave me a purpose, although I saw it as my civic duty - something I was supposed to do. If there are disasters in the community, I like knowing I can help and be a part of it,” Dryden said.

His decision to join the military was impacted by his father, who served in the Vietnam War.

“As a child, my dad’s decisions were very impressionable. I always looked up to him. After high school, I spent my time working. I kept thinking about joining the service, but it wasn’t until my friends joined the military and returned back home that swayed my opinion,” Dryden said. “They were telling me about their experiences and so I decided to join, too.”

In addition to being a member of the National Guard, Dryden is also the Inventory Control Coordinator at American Signature, a furniture distribution center for Value City Furniture located in La Porte. There, Dryden keeps track of all the merchandise.

He is also three classes away from receiving his Master’s Degree in Industrial Technology from Ivy Tech. This will allow him to branch out for careers in fields such as manufacturing industries, industrial consulting firms and several other widespread paths.

His wife of 10 years, Angie, and his two daughters, Zoey and Emma, stand behind him, support him and love him for everything he does.

“Angie inspires me most out of anyone I know. She is still in college, and is on her way to receiving her Bachelor’s Degree. She is always extremely busy all the time and has no free time for herself. She is involved in our children’s lives and is always willing to help. She is constantly stressed, but I look up to her and know that if she can do anything, I can do anything,” Dryden said.

“I want to be a good example for my kids. I tell them to make sure they’re honest with people, have integrity and give selfless service to others. I think if everybody put more time into helping others without taking the credit for it, life would be a lot better,” Dryden said. “I live through my kids, and want the best for them.”

He intends to celebrate the Fourth of July holiday alongside his family whom he loves dearly. To him, this holiday is much more than a cookout and a few fireworks.

“Fourth of July is a display of the pride I have in my country. Some people celebrate without thinking of the main reason behind it all. This holiday, be considerate while doing fireworks. They sound like gun fire, and it can be somewhat difficult and startling. You never know who it is going to trigger. Be aware of the people that surround you while celebrating this year,” Dryden said.

Take a look around you. Analyze everyone in the vicinity. Examine the setting and take it in. Be considerate, and thank a veteran for their service this Fourth of July. Freedom is not free.