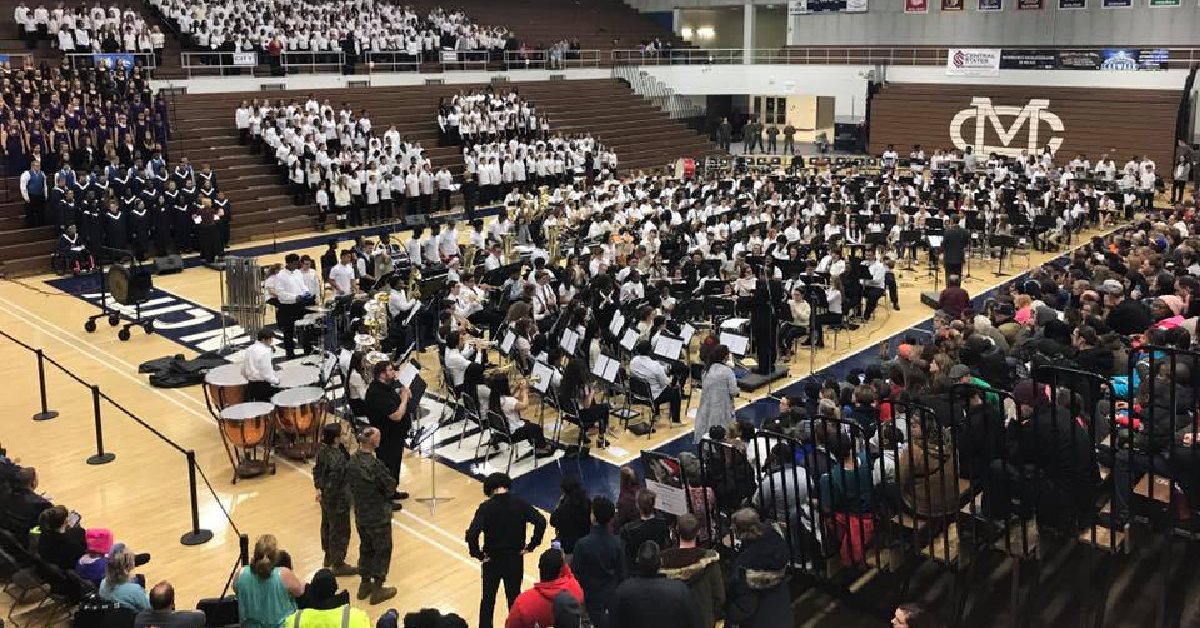 Festive music will fill the air as more than 1,200 vocalists and instrumentalists kick off the holiday season at the Michigan City Area Schools’ “One City, One Sound” concert on Thursday, December 12. The event will be held at 7:00 p.m. in the Michigan City High School gymnasium. Admission is free, however, all who attend are encouraged to bring a canned good/non-perishable food item for the Salvation Army. Monetary donations to the Salvation Army will also be accepted that evening.

This year’s “One City, One Sound” will feature:

Each group will perform individually, and the opening and closing numbers will involve all bands and choruses in “The Chipmunk Song” and Handel’s “Hallelujah Chorus.” Other numbers will include “Sleigh Bells,” “Polar Express,” “Here Comes Santa Claus,” and “Sing We Noel.” Music teachers from throughout the Michigan City Area Schools will lead their groups; the combined numbers will be under the direction of MCHS choral director Michelle Howisen, Music Department Chair, and band director Frank Gast.

Howisen said this year’s One City One Sound will feature 120 more students than last year’s event, and a high school jazz band will perform for the first time in a number of years. “We’re excited that our music program is growing districtwide,” she says. “This concert is a wonderful opportunity for the community to see and hear our talented students, and it gives our younger performers a chance to see what is possible for them at higher levels.”

The concert will be broadcast live on the Michigan City Area Schools YouTube Channel and on  Channel 98 educational TV. It will also air live on Michigan City radio station WEFM (95.9 FM).