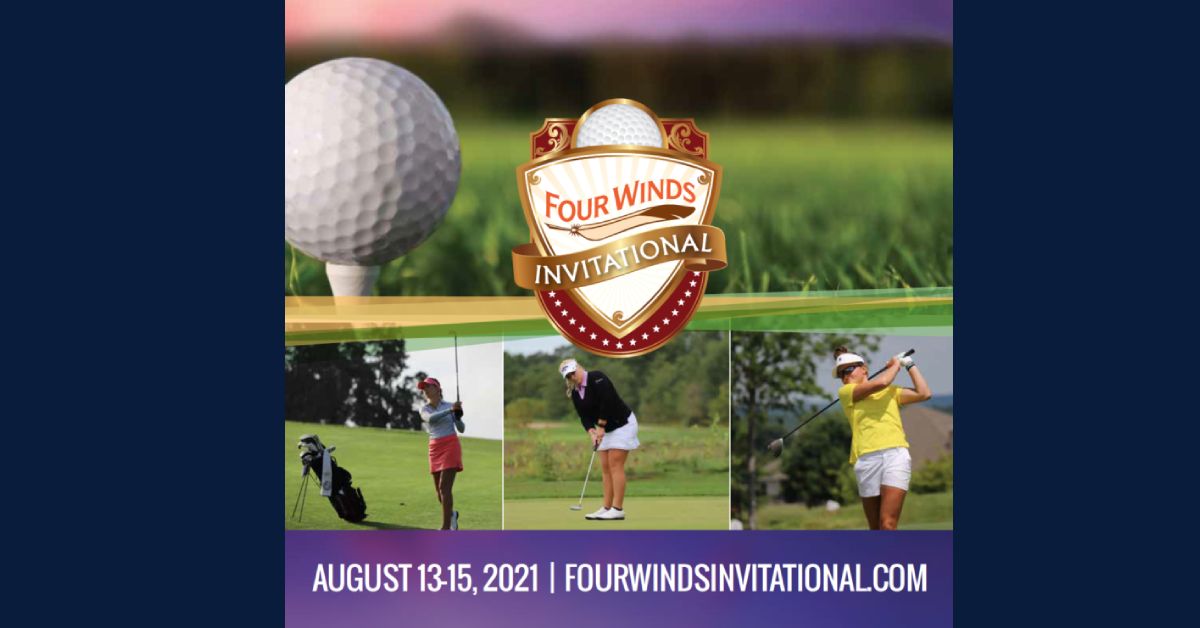 The Pokagon Band of Potawatomi Indians and its Four Winds® Casinos are pleased to announce details for this year’s Grapes on the Green fundraising event, as part of the build up to the 2022 Four Winds Invitational, which will take place from August 12 to 14 at South Bend Country Club.  Grapes on the Green will take place on Thursday, August 11 at South Bend Country Club with staggered start times beginning at 5 p.m. Eastern.  Attendees will enjoy wine and food samplings along with music.  Grapes on the Green is sponsored by Panzica Building Corporation of South Bend and proceeds from the tournament will benefit Beacon Children’s Hospital.  The Four Winds Invitational is part of the Epson Tour, which entered its 42nd year of structured competition in 2022 and is the most established women’s qualifying tour in the world as the one “Road to the LPGA.”

Located next to the Chain O Lakes, the South Bend Country Club is the perfect setting for anyone who wants to enjoy live music, wine, and appetizers while relaxing near natural lakes, lush marshes and graceful willow trees.  Grapes on the Green participants will drive a golf cart along nine holes of South Bend Country Club while stopping at each hole to sample wine and food pairings.  Tickets are $150 plus applicable fees per couple and include a golf cart.  This year will also feature a VIP option for $250 that will include a bottle of wine to take home, two Four Winds $25 gift cards, two extra pour tickets, and a Four Winds Invitational goodie bag.

For more information about Grapes on the Green and to purchase tickets, please visit http://fourwindsinvitational.com/grapes-on-the-green/.

About the Four Winds Invitational

The Four Winds® Invitational was established in 2012 as part of the Road to the LPGA®, and is sponsored by the Pokagon Band of Potawatomi Indians and its Four Winds® Casinos.  The tournament features a field of professional women golfers from around the world.  More information is available at:  http://fourwindsinvitational.com/.

The Pokagon Band of Potawatomi’s sovereignty was reaffirmed under legislation signed into law by President Clinton in September of 1994.  The Pokagon Band is dedicated to providing community development initiatives such as housing, education, family services, medical care and cultural preservation for its more than 6,000 citizens.  The Pokagon Band’s ten-county service area includes four counties in Southwestern Michigan and six in Northern Indiana.  Its main administrative offices are located in Dowagiac, Mich., with a satellite office in South Bend, Ind.  In 2007, it opened Four Winds Casino Resort in New Buffalo, Mich., followed by Four Winds Hartford in 2011, Four Winds Dowagiac in 2013 and Four Winds South Bend in January 2018.  The Pokagon Band operates a variety of businesses via Mno-Bmadsen, its non-gaming investment enterprise.  More information is available at www.pokagonband-nsn.gov, www.fourwindscasino.com and www.mno-bmadsen.com.

About the Epson Tour

The Epson Tour (formerly the Symetra Tour) is the official qualifying tour of the LPGA Tour and enters its 42nd competitive season in 2022.  With the support of entitlement partner Seiko Epson Corporation, the Tour’s mission is to prepare the world’s best female professional golfers for a successful career on the LPGA Tour.  In the last decade, the Epson Tour has grown from 15 tournaments and $1.6 million in prize money to $4.41 million awarded across 20+ events in 2022.  With more than 600 graduates and alumnae moving on to the LPGA Tour, former Epson Tour players have won 459 LPGA titles.

About Epson
Epson is a global technology leader dedicated to co-creating sustainability and enriching communities by leveraging its efficient, compact, and precision technologies and digital technologies to connect people, things, and information.  The company is focused on solving societal issues through innovations in home and office printing, commercial and industrial printing, manufacturing, visual and lifestyle.  Epson’s goal is to become carbon negative and eliminate use of exhaustible underground resources such as oil and metal by 2050.

Led by the Japan-based Seiko Epson Corporation, the worldwide Epson Group generates annual sales of around JPY 1 trillion.  Epson America, Inc., based in Los Alamitos, Calif., is Epson’s regional headquarters for the U.S., Canada, and Latin America.  To learn more about Epson, please visit: epson.com.  You may also connect with Epson America on Facebook, Twitter, YouTube, and Instagram.