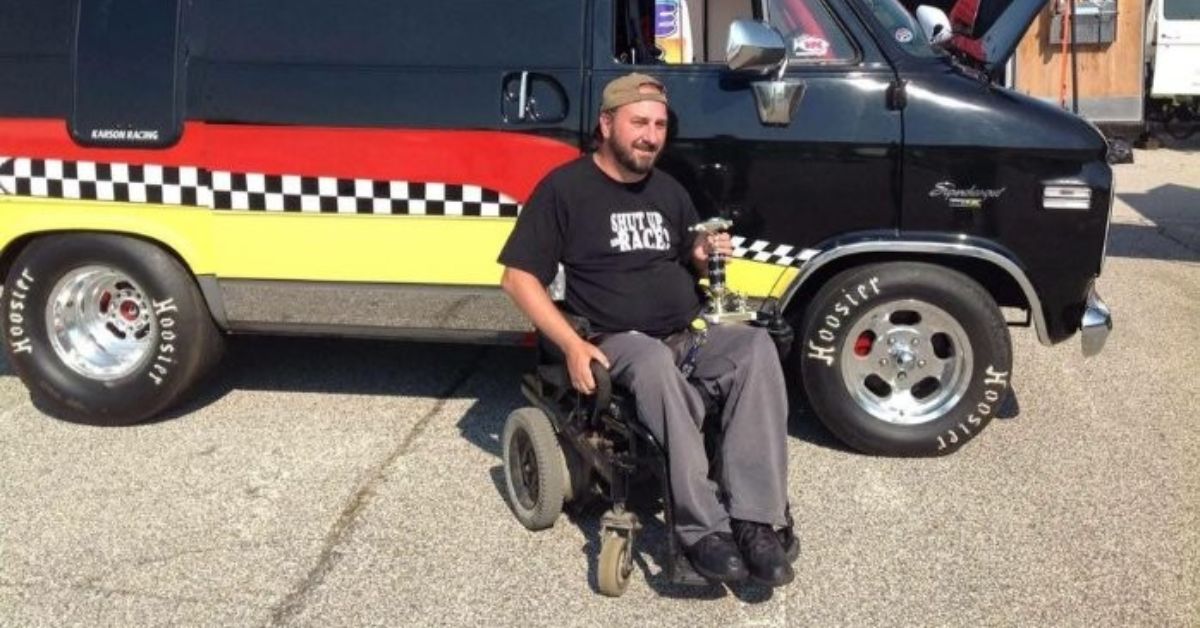 Chris maneuvered his electric wheelchair to the center of the hall and a nice young lady put a lapel mic on him – we were at Ball State University.

He told me to just have a seat, this won’t take long. People were still filtering into the room and everyone was taking note of the guy in the wheelchair. They knew a guest speaker was going to be in their class, but their reactions told me they didn’t have details.

The instructor introduced Chris and then took a seat. I can still remember what Chris said first,

“I know most people get up for speaking functions, but I already feel really comfortable with you guys so I’m just going to sit down," he said.

He instantly put everyone at ease and overcame the wheelchair. In an instant, it was gone.

Then he told his story.

Chris was in the passenger seat of a car. He and his best friend were driving home from prom. Their dates were in the back seat. Their whole world was ahead of them.

A drunk driver broadsided them and Chris instantly lost his best friend and ability to walk. Nearly a year later he’d get to go home during a time in our history when there were no wheelchair access ramps or other accommodations.

Society had no place for him, not yet.

Chris would hear about all the things he couldn’t do, but “no” just wasn’t something he chose to hear. He talked his family into taking him to the library, mainly by not accepting no and being dedicated in his pursuit. He did research, he had to have other people take notes for him because he couldn’t write yet, there were more than a few barriers (including the long staircase to get into the building), but he kept going back.

He pressed forward and didn't accept no.

He would eventually found a company with government grants through his research. He’d use the money to purchase vans and wheelchair lifts.

He hired family members and friends and began accepting Medicare and Medicaid to shuttle disabled people not only to medical appointments but to grocery stores, malls, and parks. Not long after, his company was noticed and turned into a franchise.

Yet, without even being able to use a pen Chris did something no one without disabilities had been able to recognize or achieve.

Chris would give his motivational speech to students, he would give it to other disabled people who had given up, he would give it to business people, and he always showed everyone his true self. Like a hero of mine, Fred Rogers, he was the same person in front of an audience as he was in real life.

He taught me that I can be more. He taught me I was worth it. He taught me to stop being a victim and start determining my destiny. Chris changed my life, and I was hired to be his home health aide, my purpose was to help him.

He saved me from a long, aimless road I didn't know I was even on.

Chris became a very dear friend over the years I handled his medical care. He’d helped me several times when my heart was unsure. I had the occasion to see him shortly before he died to give him a hug; I’m very thankful that happened.

I really wish that visit would have lasted longer, I can’t tell you how much this still pulls at my heart.

Chris died in a car accident almost seven years ago. I still can’t say it or write it without losing my breath a little bit.

Chris was a quadriplegic who overcame anything in front of him, he was a motivational speaker, the founder and chairperson of a drag racing group that spreads between both the U.S. and Canada, and he never once heard the word no and took it to heart. He helped other disabled people learn how to manage their benefits towards independence. Hell, I think he helped everyone he ever met.

Chris overcame any obstacle life ever threw at him and he never gave up or pointed the finger to anyone else.

Learn from this man. Face your obstacles, however, they came by you, don't run away from them and do not commit the sin of letting them define you.