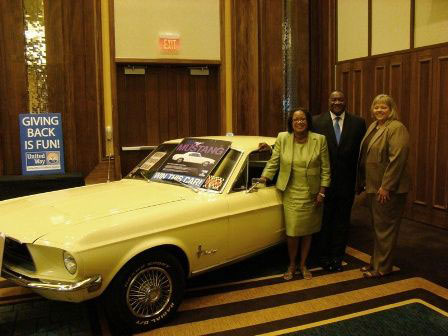 For several years, Sullair has purchased a vintage automobile, restored it, and raffled it to benefit the United Way of LaPorte County. But this time, they took it to the next level – partnering with LaPorte County Career and Technical Education students and teachers on the annual project.

The winning ticket for the 1968 Ford Mustang will be drawn at the United Way Auction at the Blue Chip Casino on November 9, 2012. Tickets, which are $10 for one or $25 for three, are available by visiting the United Way web site at: http://www.unitedwaylpc.org/1968-mustang-raffle.html.

Last August, the 1968 Ford Mustang was towed to the A. K. Smith Career Center (at that juncture it was not drive-able!), where Sullair President and CEO Henry Brooks handed over the keys to MCAS Superintendent Dr. Barbara Eason-Watkins and LaPorte County Career and Technical Education Director Audra Peterson.

And then… teachers and students got to work!

Led by CTE instructors Ken Patterson (Automotive Technology) and Kim Rosenbaum (Welding Technology), the team worked on the car throughout the school year and into the summer. Automotive students completely rebuilt the engine and power train and installed a new braking system, while welders restored the core support system, including the frame and floor boards. In all, more than 100 students were involved in the restoration project at some phase.

“This project gave our students so much practical knowledge,” said Patterson. “In many cases it whet their appetite for this kind of work in the future.” Patterson said he is already planning to work with students on restoration of a high-powered truck engine next school year.

The ’68 Mustang was completed just in time for the LaPorte County Fair, where it was on display this summer. The car also made an appearance at the Great Lakes Grand Prix Powerboat Races, the Michiana Mustangs Annual Meeting and Car Show, the United Way Golf Outing and the Michigan City In-Water Boat Show. Watch for it at other locations this fall!

The LaPorte County Career and Technical Program, Sullair, and the United Way would like to thank the following for their donations and/or in-kind assistance on the Mustang Project:

How much work was involved in the restoration?... Check out this 'before' and 'after'... 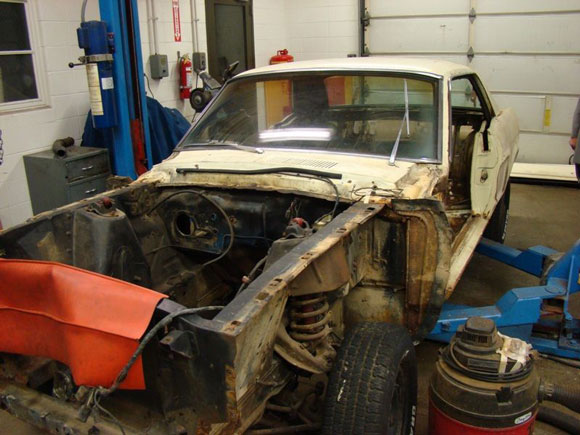 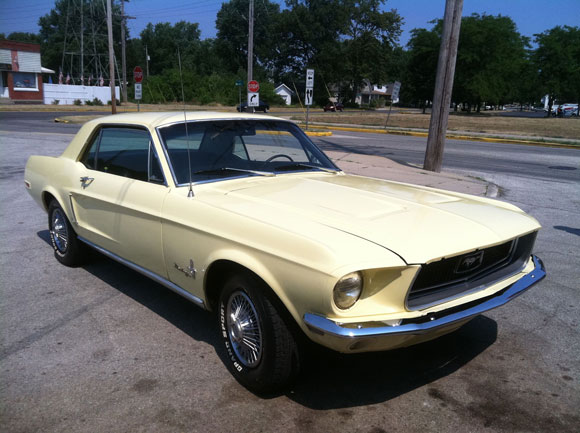