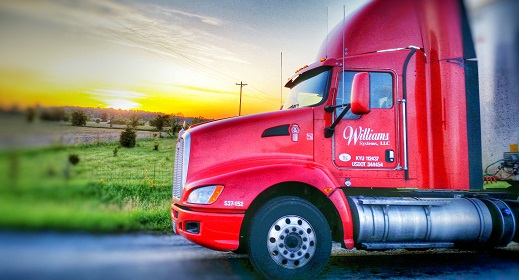 Williams Systems, LLC is a Michigan City-based full truckload carrier solving the transportation needs for companies across Northwest Indiana and beyond. With locations in Michigan City, Springfield, Il., and Normal, Il., Williams offers services including long-haul, regional and local deliveries.

The Michigan City terminal hauls for Ford, Chrysler and Honda in travelling to suppliers to pick up parts which are then transported to where the automobiles are assembled.

“We pick up things like the engines, seats, carpets, rims, doors and panels, which are then taken to the assembly plants where they get put together,” said Nate Fisher, Fleet Manager at Williams System in Michigan City.

Growth and expansion forced Williams Systems into a move to Michigan City from Portage in 2010.

“We had to find a location very quickly for a Ford expansion which is what ultimately led to our purchasing of the Michigan City facility in 2010,” said Fisher.

Recently, Williams Systems outgrew their facility in Michigan City but, instead of a relocation, they decided to expand and invest in building up their current location to fit their needs.

“The building that we bought, we were really looking at it for space for parking to be able to expand with more jobs and more drivers,” Fisher explained. “Unfortunately, the facility came under some hardships that caused us some issues.”

At any given time, Williams Systems has between 70-80 trucks on the road every day and maintenance is a key part in keeping those trucks and their drivers operating safely.

“The main reason for this expansion is shop space and being able to work efficiently in the shop,” said Fisher. “Right now in our building we’re able to work on two trucks and one trailer. The new building will allow us to work on approximately 5 tractors and two trailers at a time. It really expands our operations quite a bit.”

Williams worked closely with the city and Economic Development Corporation of Michigan City officials to make this expansion happen.

“They(EDCMC) bridge the gap for us,” added Fisher. “We’re in the trucking industry as professionals so we’re not professional builders and we don’t deal with the city that often. Economic Development Corporation of Michigan City really bridged the gap with the city and really assisted us in building a relationship with the city to get this project done.”