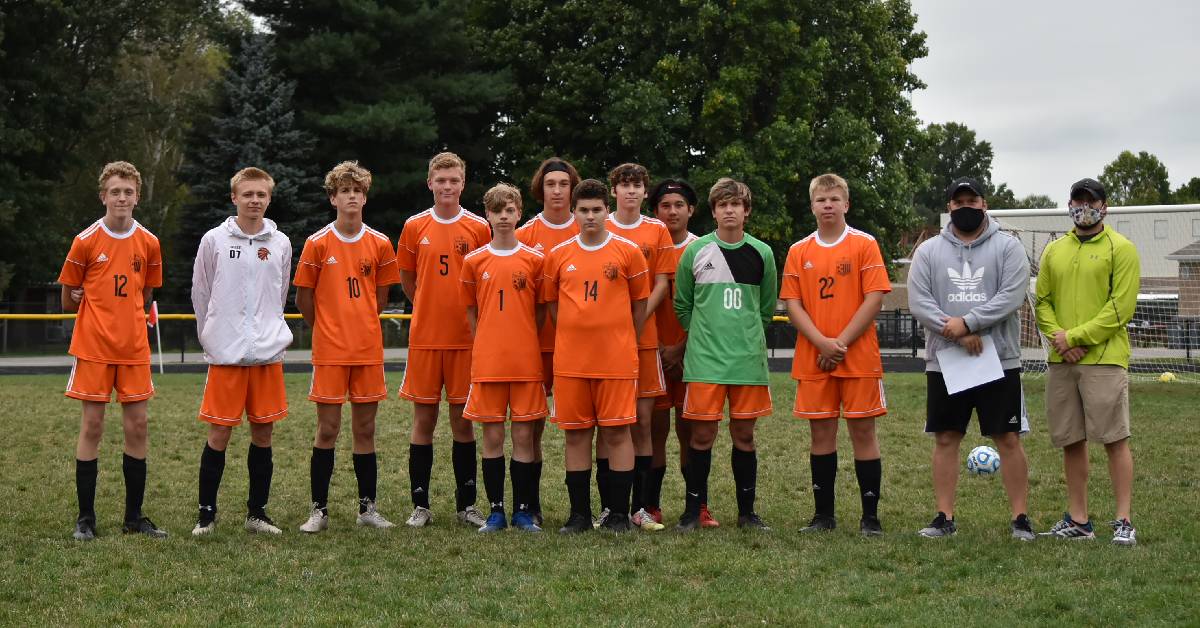 They may not have won a single game yet this season, but defeated is not a word found in the playbook of the Westville High School boys soccer team. In fact, if the Blackhawks' playbook were to have a title, it would be called, Motivation.

This young soccer team, with four freshman starters, and no substitutes, has been coached by James Martin for the past three years. Like many class 1A schools, maintaining a full roster can be a challenge, and for Coach Martin, it has been no different. But the Navy veteran and Westville native has been up for that challenge. Coaching 20 to 40 year olds in the Navy gave Martin the knowledge and experience that he took back to his hometown and career. While Martin’s focus was to motivate the players, he found it was the players that motivated him.

“Motivation is a 50-50 thing. They are out here for a reason. They want to learn the game. That’s enough for me just to get motivated alone,” said Martin. “When I see a 14 to 18 year old kid that just wants to learn the true game of soccer, that motivates me.”

For Senior and Team Captain, Dillan McKern, it has been fellow Team Captains that motivate him.

“They really know how to keep their heads held high. We have that mentality that no matter how it goes, we can just get better,” said McKern.

McKern, who currently leads the team in goals, has played soccer since he was six years old. With no local youth program, McKern spent his early years playing in a Michigan City soccer club. His high school career has been entirely as a Westville Blackhawk. Having grown up watching the World Cup he knew soccer was the only sport for him.

Carson Miller, another Team Captain, and senior, plays goalie for the Blackhawks. He is a successful one at that, often earning praise from the coaches of opposing teams.

Miller has played soccer since he was five years old and had played for Westville since he was in the seventh grade. He started playing keeper as a sophomore and at first was terrified against the big seniors from other schools.

“They  were popping shots at me that were better than I could have imagined but now that I am a senior I would like to say that I am fearless,” he said with laugh. “I enjoy thriving. I enjoy saving the ball, diving, it excites me. I go out there every practice, every game, and I just push myself to do what I can for the team.”

Not only does Miller draw his motivation from his team, but it comes from the fans that support them as well.

It is obvious watching the team, not only are they motivated, but they are highly supportive of each other. While advice is often given, criticism is almost never heard. A fact, Coach Martin attributes to their preseason conditioning focus on building camaraderie.

“ Even when we aren’t playing well, our biggest thing is not to get down on each other,” said Coach Martin. “With a young team, in my opinion, is the worst thing you can do because if you get down on players they won’t want to come back. So you try to build up positive vibes just to try to build the program. That’s why my captains know the same thing; don’t get down on each other. This is a team sport. It is not one individual effort. If there is a goal scored it is multiple things that allowed that goal to happen, not one person.”

Despite their losses, the players remain positive.

“This season has had it’s up and downs, “ said McKern.  “We have some easier opponents upcoming this season, so hopefully it just gets better from there.”

“We had a close game against Morgan Township where they were up 3-0 but unfortunately fatigue set in with no substitutes, it was a war of attrition, “ said Coach Martin. “They got tired by the end of the game and had few key mistakes but we were close. We are going to get there. We are going to get a win.”

No matter how the season ends, there is a favorite memory for McKern. The future computer engineer says the feeling of beating Washington Township his sophomore year in a penalty shoot out will always be with him.

For Miller, it was last year's penalty shootout against Hebron. Miller scored the game winning penalty.

“Normally the keeper doesn’t take the kick in a penalty shoot out, but my coach trusted me to take that final penalty. I did what I could and I put it in,” said Miller.

Motivation can be defined in many ways. According to Dictionary.com it is the general desire or willingness of someone to do something. For Westville, that dictionary would have a picture of Coach Martin and the high school boys soccer team.
To find a schedule of Westiville Athletics, visit their website at https://westvilleathletics.com/