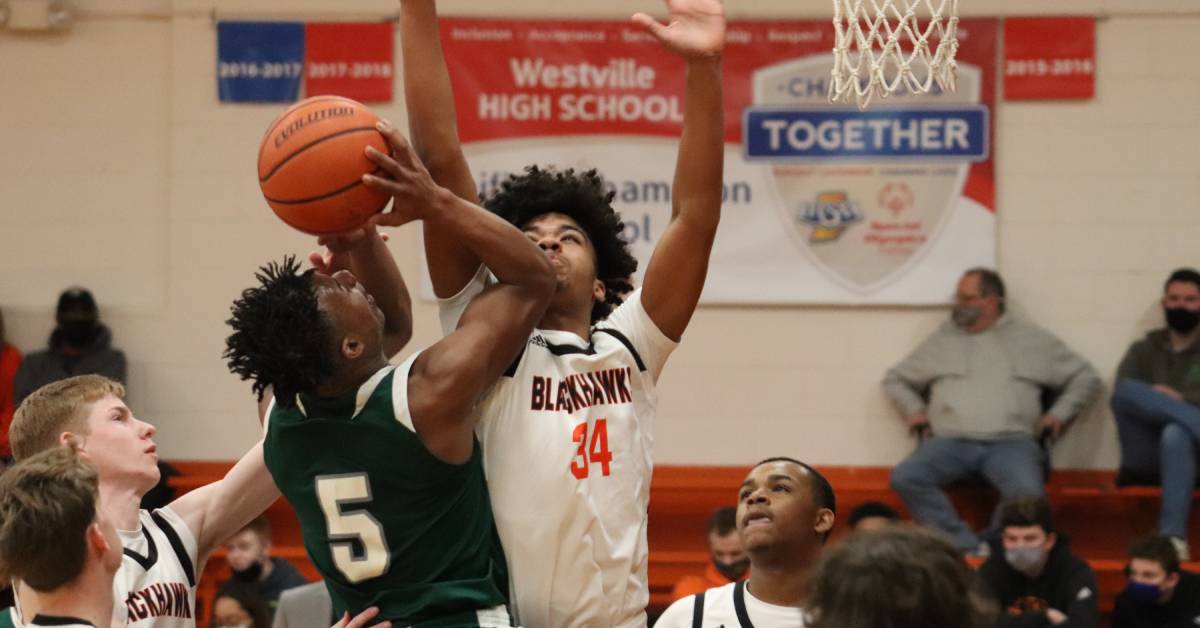 On Friday night, the Westville Blackhawks boys basketball team hosted the Whiting Oilers. Westville took a strong lead from the beginning of the game, getting the tip and scoring 11 points before they allowed the Oilers to score. Four minutes into the game, #1 Tony Madrueno made a three point shot, making the first points for the Oilers. The quarter ended with Westville in the lead with a score of 19-10.

The second quarter began with a free throw point from #5 Diandre Marshall for the Oilers. The Blackhawks continued to hold their lead to the half, ending with a score of 31-19.

In the third quarter, the Oilers began to make a comeback with a score of 46-40. But in the end, the Blackhawks claimed the win with a final score of 61-55. Head Coach of the Blackhawks Andrew Eubank expressed his thoughts on the win.

“I’m always happy to get a win on Senior Night,” Eubank said. “We’ve got three really good seniors that are really good kids who have worked hard for our program. It wasn’t a pretty game by any stretch, but I’m happy to come out with a win.”