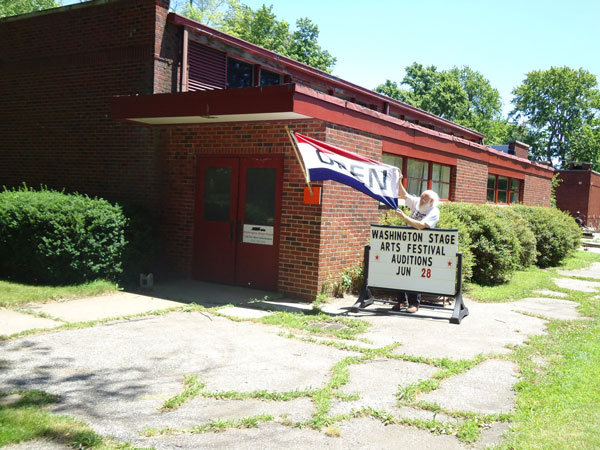 This new comedy is about Dan Mason, who is an beginning movie screenwriter. He is unsuccessful in trying to peddle his new murder mystery movie (in the vein of Agatha Christy) screenplay to everyone, in Hollywood and everywhere. He gets the idea to convert the script to a stage play, use all his friends for actors, and then film the play. Chaos ensues!

Even with the help of the local community theatre owner, the local TV station, a cat dressed up as a fox, and all of his friends and acquaintances, the serious drama goes awry. This original screenplay is by Dave Orvis of South Bend. He is the President of the Mid America Filmmakers, who host the annual film festival in South Bend. It was adapted for the stage by Merle B. Miller w/ revisions by Dave Orvis. Tickets are available from any cast member, the theatre (call 326-5184), or at the door.

The cast is as follows: