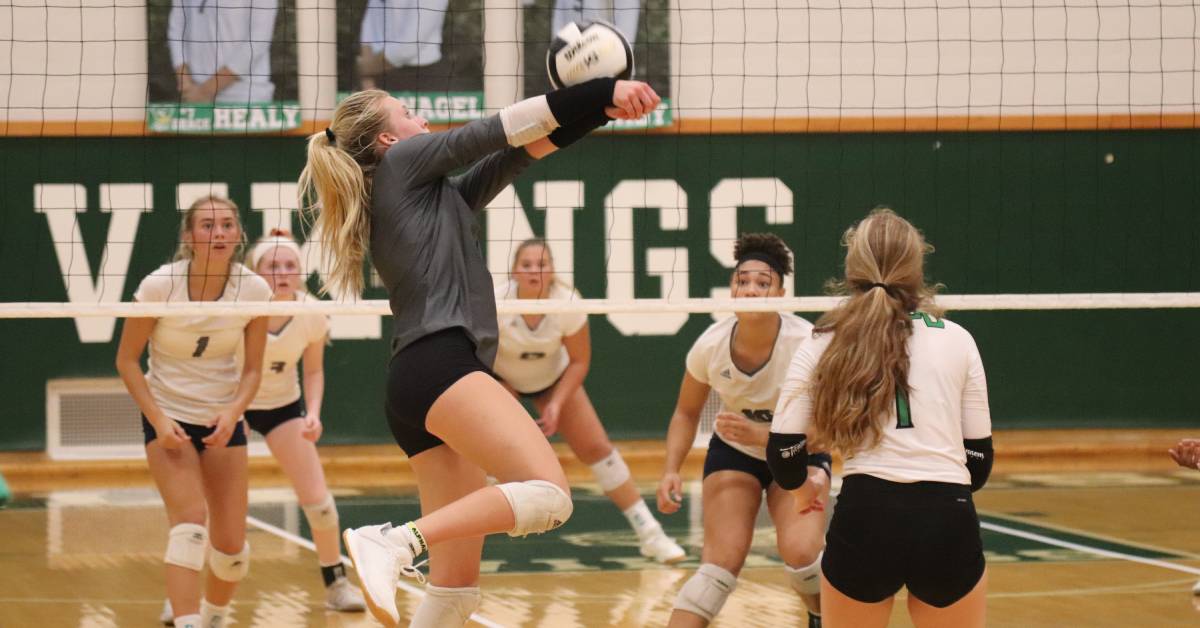 The Valparaiso Vikings Girls Volleyball team triumphed over the Michigan City Wolves 3 - 2 on Thursday night in an intense set of matches at Valparaiso High School.

The Vikings won the first, fourth, and fifth matches while the Wolves won the second and third. The teams were almost always within one to two points of each other throughout many of the matches, which made for some intense moments. There were some especially tense nail biters nearing the end.

“I think our team was really together tonight. We had really good chemistry on the court,” Valpo player Paige Nagel said. “It was a bit of a rollercoaster, but at the end we came out on top. We pushed past all of the goals that we have.”

While Michigan City didn’t win in this set, they leave hopeful and confident for games down the road.

“I think we played defense really well. We had the intensity. We even had them down for a while,” Michigan City coach Jim Kaufman said. “These girls are working really hard. They know we have to be defensive. They do put in the effort there.”

During the game, the Junior Varsity teams acted as cheerleaders, calling out chants of support. The Valpo team even lead the student section in supportive chants, which helped to get the fans in the stands more involved.

Both teams worked hard tonight and it showed. They created an entertaining night for themselves and everyone in the crowd. It was a great night for volleyball in Valparaiso, Indiana.