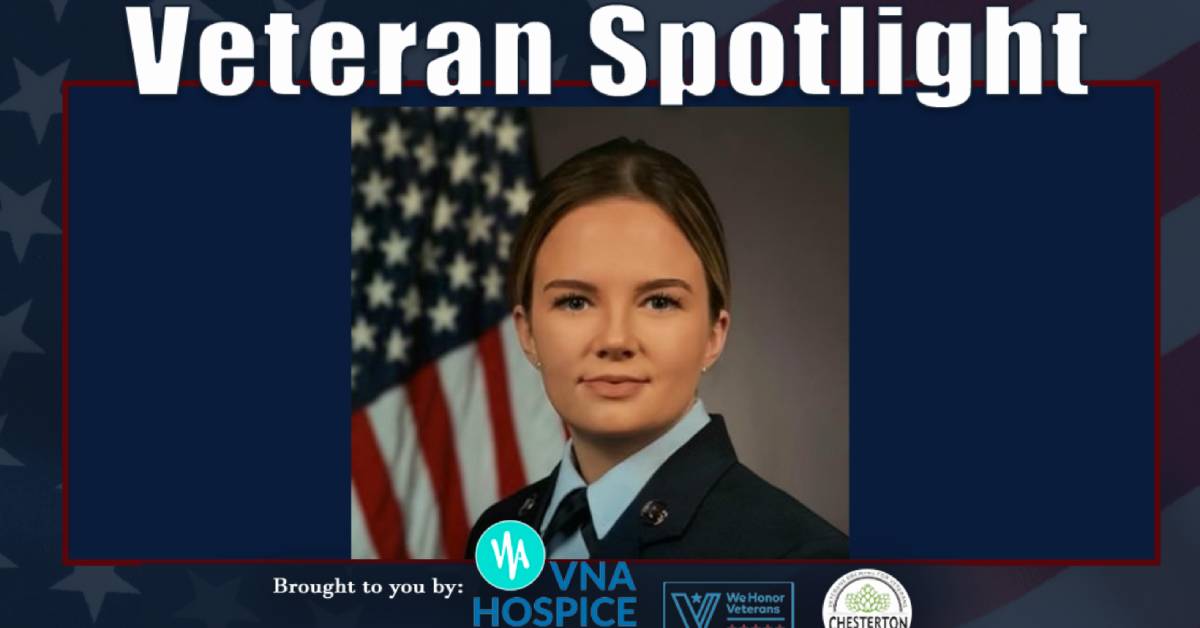 At 21 years old, Nicole Uran decided she needed a change of pace – so she decided to quit her job as a cosmetologist and join the United States Air Force.

“I really wanted educational benefits. I was a cosmetologist, but that really wasn't the lifestyle that I wanted to live anymore. I ended up enlisting for the school benefits and I fell in love with airplanes and stuff like that, so I went into the Air Force,” said Uran.

Basic training was an adjustment for Uran, but she soon realized that the structure and environment were exactly what she needed. After a few weeks of training, Uran was nominated to become an element leader.

“I was nominated to be an element leader after a couple of weeks. Basically, you're in charge of a small group of people, and you march in front of everybody else. That was really cool - being in a leadership role pretty early on,” said Uran.

The training was intense, but learning every aspect of air traffic control was a stressful task. Even after training was over, Uran felt like she had to learn the skill all over again when she arrived at Edwards Air Force Base. She was pleasantly surprised when she learned that the training was more difficult than the job itself.

“The job itself is really exciting and rewarding, but the training alone is really stringent and it can be really stressful. While the job in itself is stressful as well, the training was definitely a lot harder than actually getting into the position and doing the job,” said Uran.

Uran began working with flight data and progressed to working in the air traffic control division. After gaining more experience with both duties, Uran was moved to ground control where she was responsible for directing aircraft to and from hangars and taxiways. Her favorite part of her position was working during an emergency.

“Obviously, you never want to see an emergency, but the hustle and bustle of having so many things going on at once was always really exciting for me. I really enjoyed that,” said Uran.

After completing a four-year term, Uran knew that it was time to take what she had learned and move into a different realm of aircraft. Her next step was to pursue higher education to secure a job as a project manager for an aircraft manufacturing company.

Before she could dive into her schooling, however, Uran had to figure out how to adjust back to civilian life.

“Towards the end, I was a little nervous. I didn't really have a job lined up but I knew I wanted to go to school, so I ended up just staying in Ohio. Thankfully a recruiter reached out to me for a contracting position. I picked up that opportunity and then I finished my bachelor's and now I’m working on my master's,” said Uran.

Now, Uran works as a program manager for JJR Solutions, LLC in Ohio. One of the greatest takeaways from her time in the military was the power of great leadership and mentors, and she plans to become a leader that can do the same for others looking for guidance in her field.

“I have met a lot of really great mentors in my new contracting position and it's definitely a career that I want to be in long term. It's been really great and I'm really excited to see where things go, especially when I’m done with my Master’s,” said Uran. “I take mentorship and stuff like that very seriously. Having the mentors that I have now and looking forward to being a leader one day is definitely one of my biggest goals.”

Aside from learning how to lead, Uran also learned the value of hard work and, essentially, how to be an adult.

“I definitely learned a lot of responsibilities and a lot of structure. It gave me a lot of leadership skills. It taught me how to live on my own and how to be independent and free-willed and free-thinking. It teaches you how to be an adult really quickly,” said Uran. “It made me a really hard worker and I now know that anything that you do in life really has a big impact on your future. Every single day you have to put in some hard work in order to reap the benefits of life.”

Uran completed her four years without incident, but many veterans aren’t as fortunate. In sharing her story, she also aims to lift up veterans who didn’t make it back to their loved ones.

“I would really like to thank everybody who has ever served and really give a big shout out to those families that have lost a loved one while doing it. I was fortunate enough to see the light at the end of the tunnel, but a lot aren't. I definitely want to give a big thank you and send a lot of gratitude to those families,” said Uran.