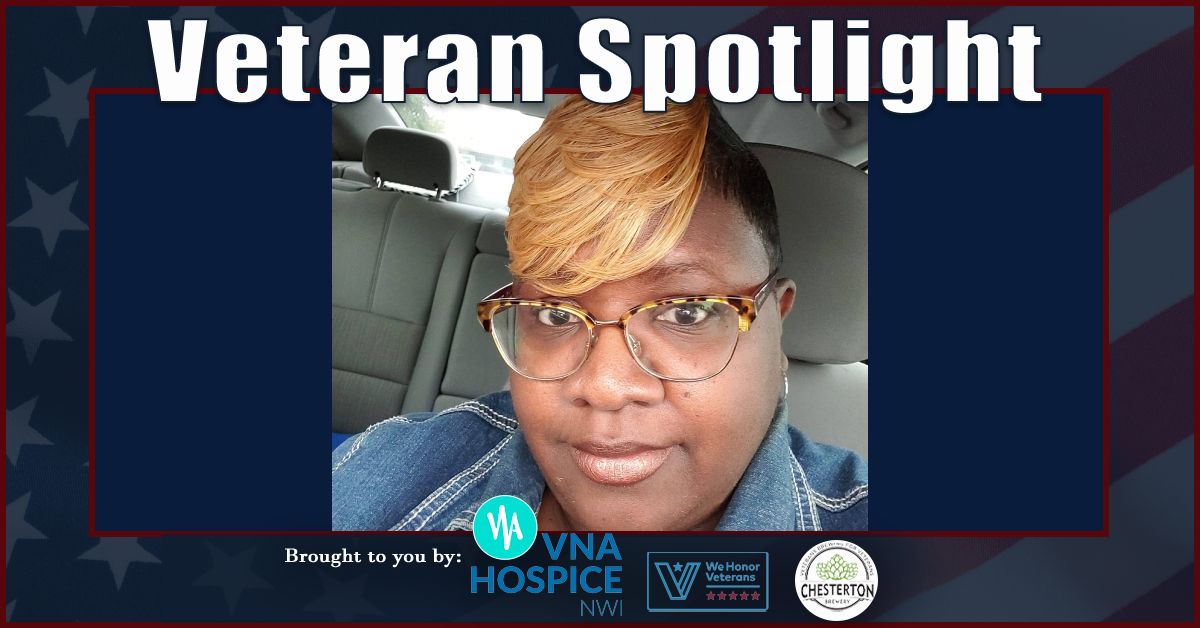 When you ask Alicia (Trina) Wilson about service, she immediately tells you about her time with the U.S. Army and Operation Desert Storm. In reality, Wilson has been serving for as long as she can remember.

Wilson’s closeness with her family began from the onset.

“I am the oldest of five girls,” Wilson said. “Being in that role, probably had a vital part in being a caretaker. I just remember always wanting to help my mother and always knowing in my heart that helping her made her happy."

Wilson joined the Army Reserves as a way to appease both herself and her parents.

“I knew going into the military would wreck my mother,” Wilson said. “I knew it. We were very close, and I just knew she would just be wrecked. So I was torn between finishing school (college) and joining the service, so I decided to do both. Then all of us would be happy.”

Attending Ivy Tech Community College, Wilson spent her school days earning a nursing degree, and her free time, learning how to serve in the Army.

After serving six years in the National Guard, Wilson received a phone call she will never forget.

“​​I was working in surgery at the time, and they said I had a call,” Wilson said. “They put the phone up to my ear -- I don't remember anything really after that. I was in shock. Eventually I told them that I had to go. I let them know that I had been called to service and that we were going to Saudi Arabia. I had to 72 hours to report.”

During her time in the National Guard, Wilson chose to do something outside of her medical background. Working in the postal service, Wilson supported the nation’s Yellow Ribbon campaign–a nationwide push to hang yellow ribbons and mail care packages to troops overseas.

“Females had to do perimeter duty at night– not during the day,” Wilson said. “We had to walk the perimeter in uniform and with our M 16. This was at night because (in Saudi Arabia) females are supposed to be covered.”

Wilson, herself, suffered a traumatic brain injury after falling off a six-foot loading dock.

Even after a lifetime as a nurse and after eight years in the Army, Wilson doesn’t describe herself as a hero. She remarked that it is something beyond herself that calls her to help others.

“I am a true servant,” Wilson said. “I call myself a servant of God on this Earth.”

Today Wilson is serving others at Paladin–a not-for-profit organization that provides care for children, seniors, and persons with disabilities.

Wilson lives with her husband of 30 years, Stafford. The couple has two sons.