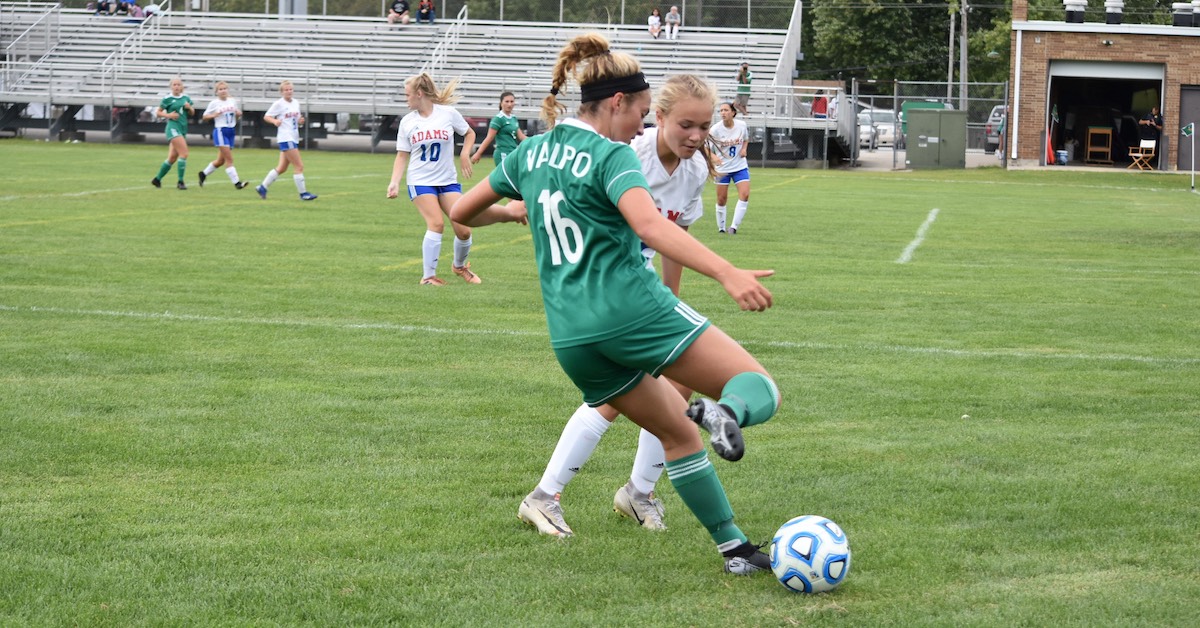 The Valparaiso High School (VHS) Vikings’ Annelise Rubin stole the show during Saturday's blowout win against the John Adams High School (AHS) Eagles from South Bend as she earned a handy hat trick early in the second half.

“The weather is nice, the pop is cold, and the chips are crisp,” said Tommy Grisafi,father of Viking forward Bella Grisafi.

Playing on the heels of another win by the undefeated girls JV Vikings, the Valpo Girls Varsity Team was hoping to clench a solid win to match that of the JV team. With that encouragement in mind, their playing did not disappoint.

While not a rivalry, there was great anticipation. According to Bella’s grandfather Paul Grisafi, JAHS was down their star player last year when the Vikings faced them and won by a single point.

The first half of the game on Saturday was tense, ending with the two teams tied 1-1. The Eagles fought valiantly, but in the end, the Lady Vikings proved last year's success was no fluke as the final score of the game finished at Vikings 5, Eagles 1.

Next game for both teams will be held onSeptember 3. Valpo is set to face the Michigan City Wolves, and John Adams will host the Knights from Mishawaka Marian.