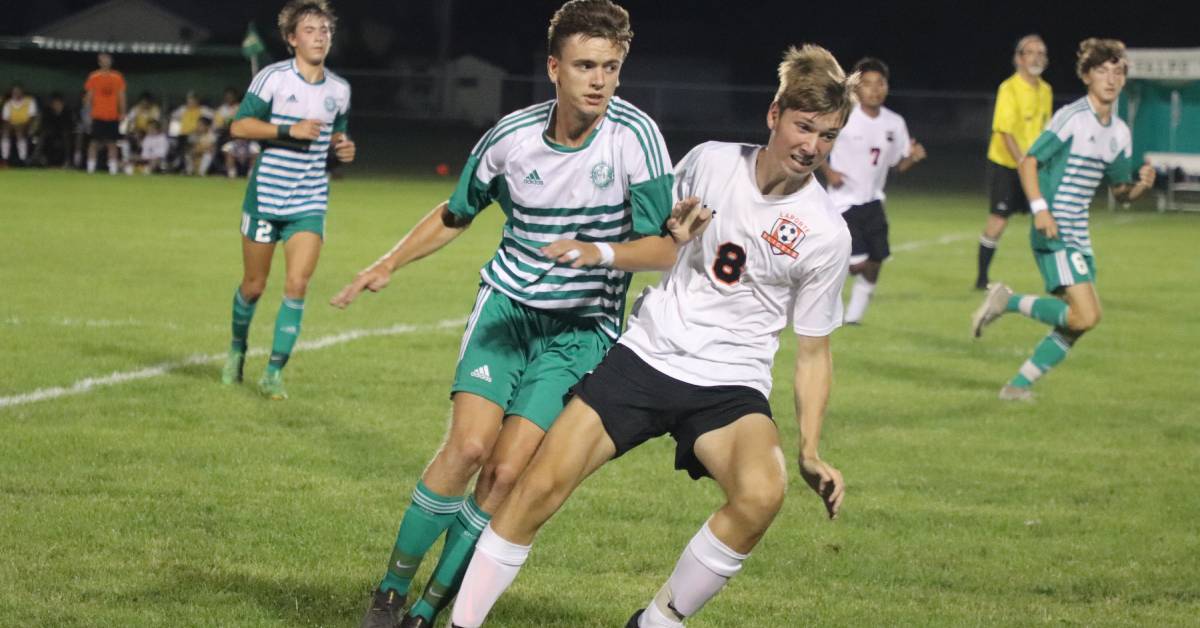 The Valparaiso Vikings and La Porte Slicers played a long, but very strong, match on Wednesday night in Valparaiso.

At half time, the Slicers were up 1-0. The Vikings upset that with 25:55 on the clock when they scored their first goal, making the score 1-1. From then on, it became a “one up” match. At the end of the second half, the match was 2-2.

The Vikings played a very fierce offensive, but they struggled getting past the brick wall that was the Slicers team.

The match went into double overtime, ending in a tense shootout. Fans of both teams lined the railing, holding their collective breath as the shootout took place.

The shootout ended with Valpo claiming victory in their first match of the regular season. This was also their first Duneland Athletic Conference win, which sets the tone for the Vikings’ season.

“We moved the ball really well,” Valpo head coach Danny Jeftich said. “They worked their butts off tonight. It was a very physical game. Any time we play a DAC game, it’s difficult.”

The Slicers played a tough game with a very strong defense, making sure Valpo wasn’t open for any shots.

“I think we gave a good effort tonight. Valpo is usually a quality team” said Slicer Coach Pat McCoy. “I thought it was a really good game, actually. It was anybody’s game. I couldn’t ask for much of a closer game than that.”

The Vikings’ next match is against Hammond Bishop Noll at home on Saturday, August 24. La Porte’s next match, also this Saturday, is away at Northridge High School in Middlebury, Indiana.