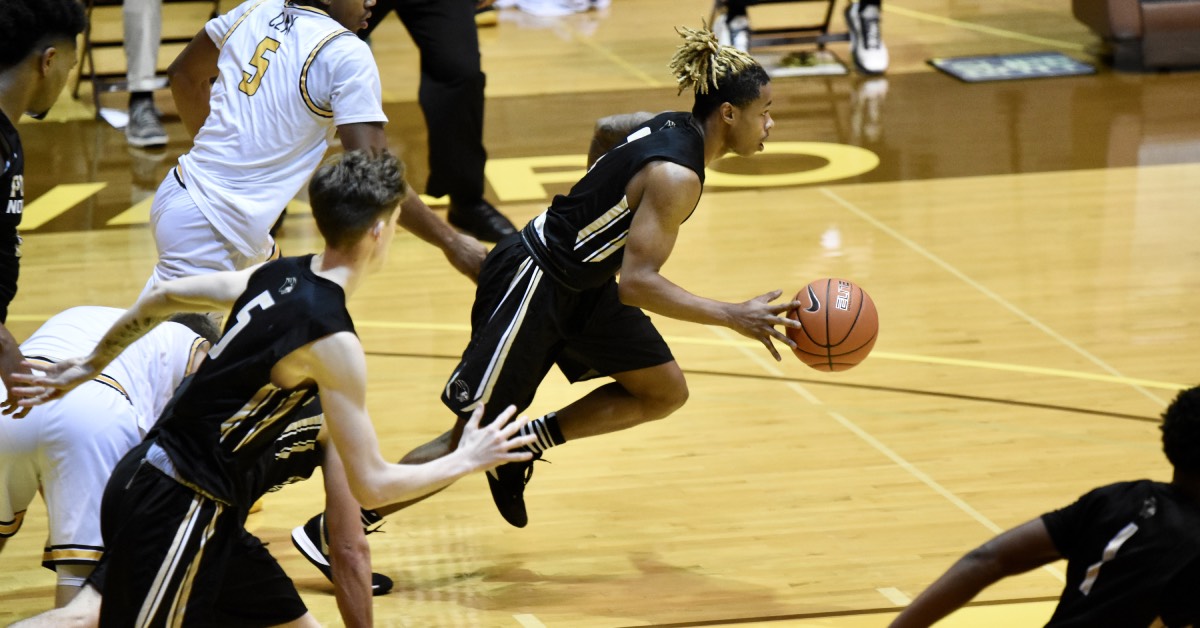 The Valpo Crusaders welcomed neighboring Pride from Purdue Northwest for an exhibition game at Valparaiso University’s Athletics Recreation Center. This was only the second meet-up between these two teams, the first being in December of 2018, when the Crusaders sent the Pride home with a 97-61 loss to Valpo. Tonight, PNW returned once more to Valparaiso, hoping to even the score.

This proved to be a difficult task since the Crusaders (2-4) have proven to be a tough opponent under fifth-year coach Matt Lottich, and remain unbeaten on their home court so far this season. Valpo was originally scheduled to play a match-up with Eastern Michigan, which was postponed until the 2021-2022 season and this contest against the Pride was added.

The Pride caught their second wind at halftime, though. After coming within 9 points of taking the lead, the Crusaders regrouped and rebounded to a resounding 89 to 71 final score against PNW.

On the PNW side was #1 Mikell Cooper with 17 points and #33 Vince Miskiewicz with 16 rebounds and 4 assists.Valparaiso will head next to Toledo, Ohio this Saturday, while the Pride will have a break until January 8, when they look forward to facing Michigan Tech in Houghton, Michigan.