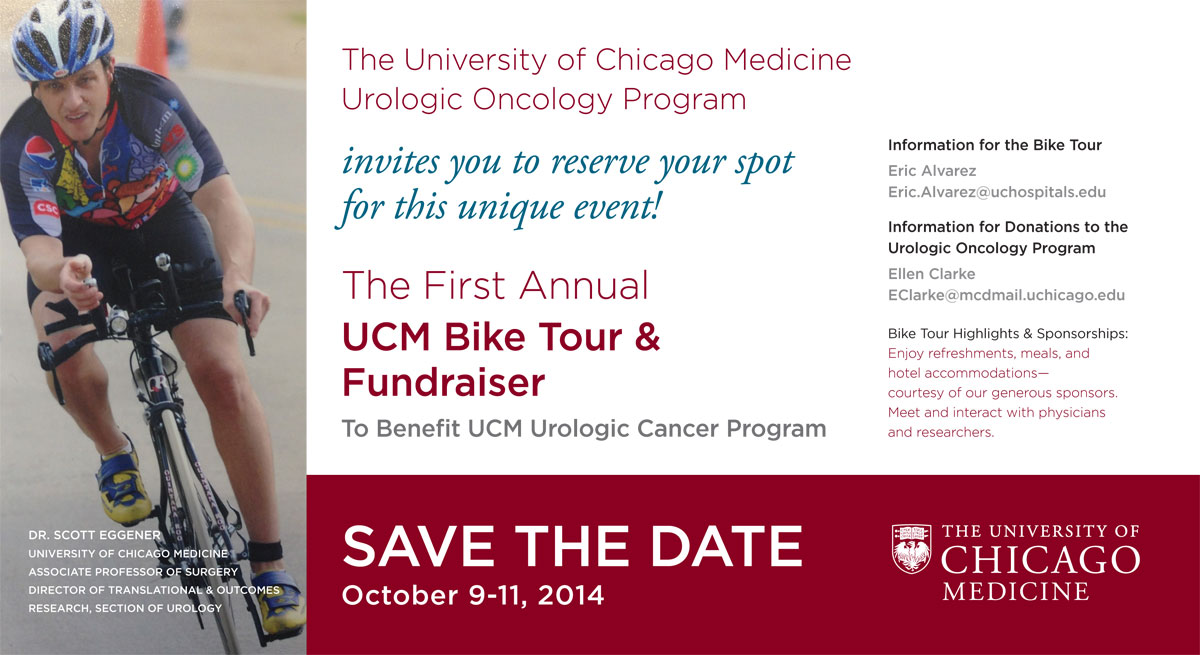 Physicians from the University of Chicago Medicine are cycling nearly 100 miles over two days to raise money for urologic cancer and awareness about urologic diseases. The group will depart from Benton Harbor on Oct. 9 at approximately 10:30 a.m. ET, arriving at Memorial Regional Cancer Center in South Bend around 3 p.m. ET. The ride continues Oct. 10, when cyclists leave South Bend at 8 a.m. ET, arriving at Franciscan Woodlawn Cancer Center in Michigan City around 11:30 a.m. CT for lunch. After that, the group expects to finish their journey when they arrive at Cancer Health Treatment Center of Valparaiso at 3 p.m. CT.

In addition to boosting awareness about urologic diseases, as well as and the importance of early detection and testing, the cyclists hope to raise money to help the Fritz Duda Foundation increase its endowment to $1.5 million.

Media is welcome to accompany the riders along their route or interview them at their scheduled stops.

The University of Chicago Medicine Urologic Cancer Program is an internationally recognized program with multidisciplinary cancer experts known for their expertise in the treatment of prostate, kidney, bladder, pediatric and other urologic cancers.