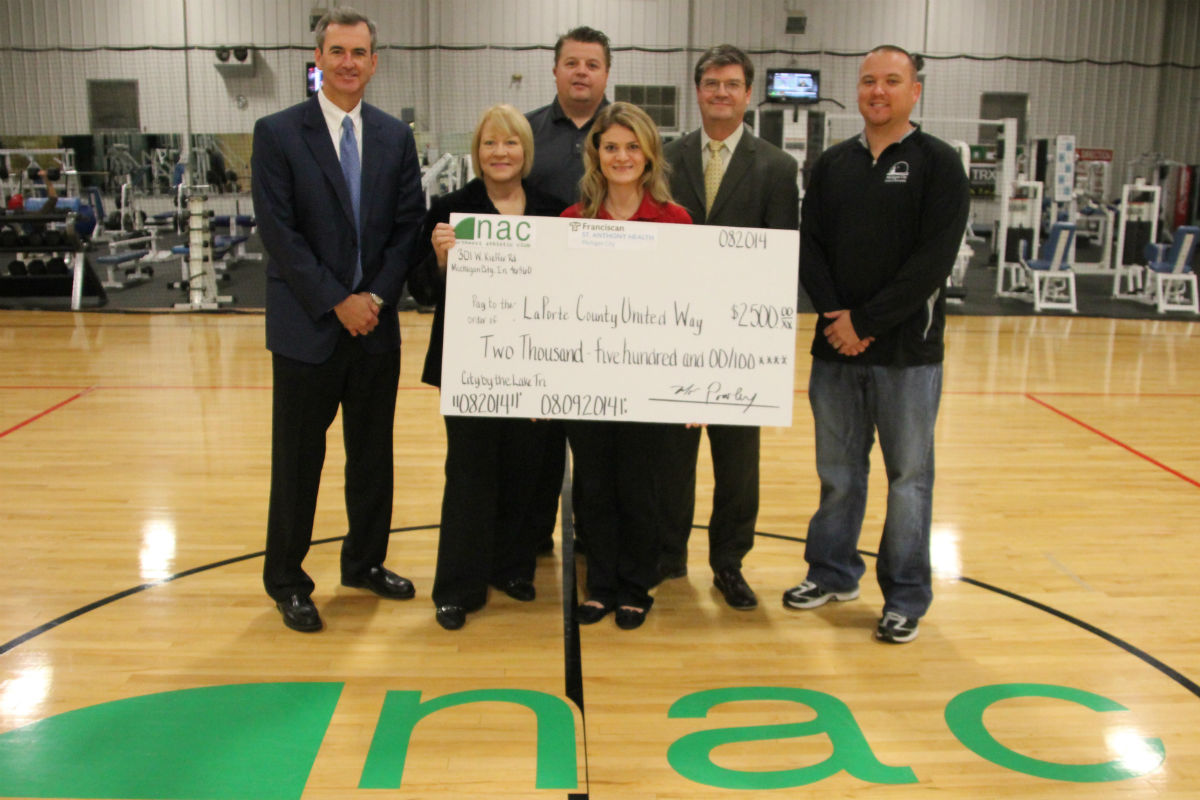 Proceeds from the 2014 City by the Lake Triathlon, a Northwest Athletic Club event that included numerous sponsors, were contributed to the United Way of La Porte County.

A check for $2,500 was presented on Wednesday from the NAC and Franciscan St. Anthony Health, the event’s major sponsor, to United Way officials Kris Pate (Executive Director) and Dave Sisk (Manager of Community Engagement).

“It’s amazing that the NAC and other small, locally owned businesses have come forward to support the United Way through the Triathlon event,” said Sisk, who noted the 2014 version of the annual Washington Park event was the first in which proceeds were donated to a non-profit organization.

“We are thrilled they chose the United Way, it was a terrific event with hundreds of people gathering at the lakefront,” Sisk added. "A big thanks to the Parks Department as well as they put in a lot of hard work to make this happen."

Pate was pleased to see people from “all over the region” come to the park and experience La Porte County through the event.

“We had beautiful weather and (NAC Club Director) Nicki (Caylor) did a wonderful job in putting this on,” she said.

Caylor credit the Michigan City Police, Fire and Parks departments as well as the American Red Cross for their assistance in making the triathlon a success.

“We couldn’t do it without any of them,” she said. “The United Way themselves also helped secure volunteers for us, as did Franciscan.”

Caylor said it takes “about 300” volunteers to successfully hold the triathlon.

James Callaghan, President of Franciscan St. Anthony Health, said the hospital “wanted to support an event that promotes fitness,” and their sponsorship of the triathlon was the perfect way to do so.

“We thank all these great businesses and organizations for putting on a great event,” Callaghan said.