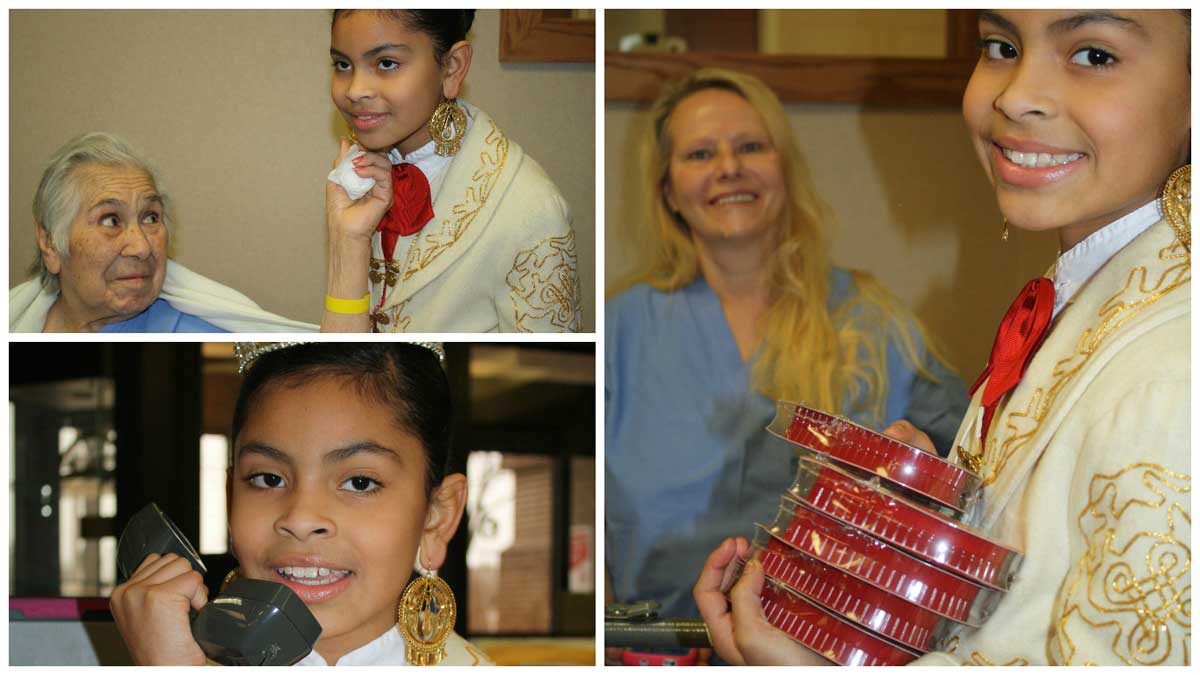 When Saidah Ramos, 9, was crowned the 2016 Unión Benéfica Mexicana Tiny Queen a few months ago, she didn’t let a sparkly tiara go to her head. Ramos took her role as a young Latina ambassador of the UBM organization that’s been in existence since 1956 to heart.

On Valentine’s Day, Saidah put on the Mariachi regalia she wore the day she became part of the UBM’s Royal Court to deliver more than 100 heart-shaped Valentine’s Day candy boxes to patients at St. Catherine Hospital, 4321 Fir St., East Chicago. She also sang the traditional Mexican song, “Cielito Lindo,” to patients in units which included Acute Rehab and to new moms in the Birthing Center.

At a time when so many look to others for hugs and hope that better days are ahead, Saidah stepped up to offer a smile, a cheerful song and encouragement that our community cares about them on Valentine’s Day, Birdzell said.

Saidah was thrilled to spend her morning brightening the spirits of patients. Even the song she chose for the visit translated to her Valentine’s Day mission: Beautiful sky. “I don’t want anyone to feel that they’re alone,” she said. “I want them to know somebody thinks of them.” Olivia Groesche, operational assistant on the acute rehabilitation unit, said the patients truly enjoyed the visit. Their dispositioned brightened, she said.

Jamie Ramos, a firefighter/paramedic in Hammond, said he was proud of his daughter because she came up with the idea on her own. “She used to be real shy,” Ramos said. “This organization, and going through what she has, taught her to open up a little more. Now, she’s singing in front of groups, and helping out others.”

Margaret Gomez, president of the UBM, said all selected to serve on the Royal Court make it their mission to perform community service and good deeds throughout the year.

Saidah’s spirit of giving caught on at Marisol’s restaurant, Solitas Puerto Rican Food of East Chicago. Solitas’ customers chipped in to help the cause, so in many ways, Marisol said all who donated showed patients and staff of St. Catherine la’ familia spirit on Valentine’s Day.

“It’s not enough to wear a crown and look pretty,” Gomez said. “It’s great to see her and others getting involved in good work deeds like these. We’re all proud of her.”