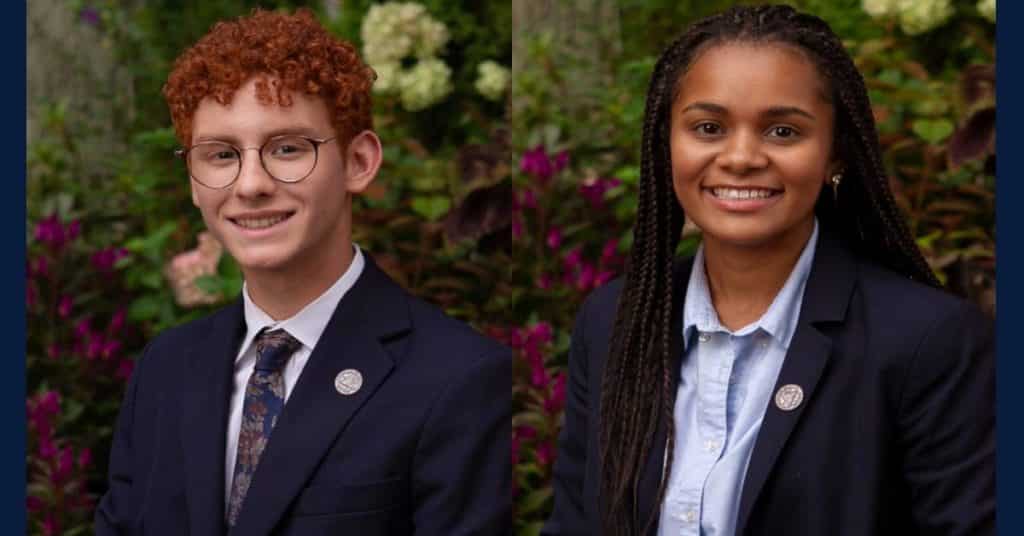 La Lumiere seniors Christian Clark and Juliana Maberry were recently named Chick Evans Scholarship awardees. That brings the total number of Evans Scholars awarded to the school’s seniors to five in the last four years. The Evans Scholars Program provides full tuition and housing scholarships for high-achieving and deserving caddies. In order to be eligible to apply, students must demonstrate an excellent academic record in addition to a strong record as a caddie.

Clark, from New Buffalo, Michigan, is set to attend the University of Notre Dame in the fall. Clark caddied at Long Beach Country Club every summer since his sophomore year. “While Long Beach Country Club has earned 10 Evans Scholarships in recent years, Christian is the first of our caddies to attend Notre Dame. This scholarship allows hard-working, smart kids to dream big,” Richard McNamee, a Western Golf Association representative, said.

At La Lumiere, Christian learned that with a bit of hard work and effort, you can do anything you set your mind to. He also encourages other students to “cherish every second of the time at school with your classmates because, especially this year, you never know when your time is already up.”

During her four years at La Lumiere, she consistently saw the importance of community. “The sense of community that is felt among the student body and faculty is very present and noticeable. Because this aspect of La Lu is so unique, many students appreciate the small things about our school ten times more,” Julie said.

For Clark, the focus on community is evident, too: “This scholarship has also helped me realize that the mentors in my life, be it at La Lu or at the country club, truly do want what is best for me and I’m incredibly grateful for them.”

“I’m thrilled for Julie and Christian,” said Head of School, Adam Kronk. “Caddying isn’t an easy summer gig, but this program has the potential to make it one of the most rewarding—and lucrative—jobs you can have. Both of them have exhibited grit that I’m sure is due at least in part to their experiences on the course. As we aim to help every member of our school community grow in both character and scholarship, this award really overlaps with and highlights stuff we really value. Kudos to these two!”

There are 18 universities that participate in the Evans Scholars Program. The scholars live and work together in a community at the Evans Scholars House or a specified dormitory on campus. The program was established in 1930 by the Western Golf Association and Charles “Chick” Evans Jr., a notable golfer in the early part of the 20th century. Since the program’s inception, there have been over 11,000 students that have graduated as Evans Scholars.