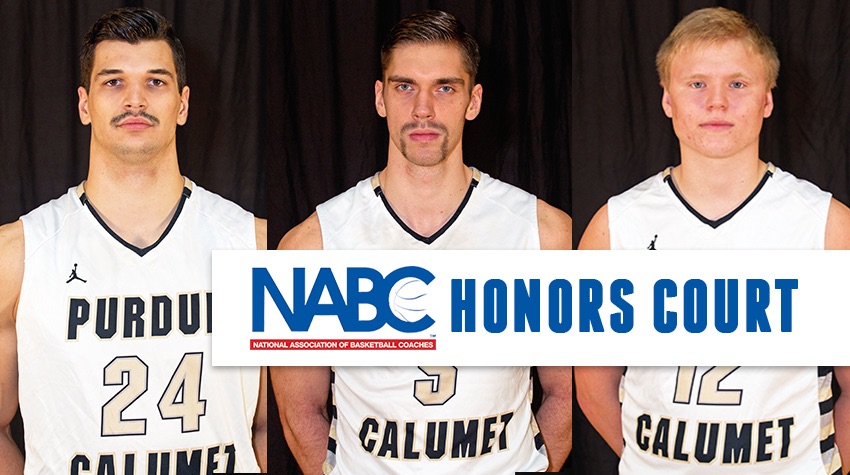 A trio of Purdue University Calumet men’s basketball players were selected to the 2014-15 National Association of Basketball Coaches Honors Court, as released by the organization Thursday.

This year’s Honors Court is made up of a record number 1,000 student-athletes from more than 350 colleges and universities from across the country in NCAA Division I, II, III, and the NAIA.

In order to be named to the Honors Court, a student-athlete must be a junior or senior academically and a varsity player, along with obtaining a cumulative 3.2 GPA and be at the university for at least one year.

The NABC currently has nearly 5,000 members consisting primarily of university and college men's basketball coaches. The organization was founded in 1927 by Phog Allen, the legendary basketball coach at the University of Kansas. Allen, a student of James Naismith, the inventor of basketball, organized coaches into this collective group to serve as Guardians of the Game. The four core values of being a Guardian of the Game are advocacy, leadership, service and education.

The Purdue Calumet men's basketball team finished 15-15 overall and 10-9 in the Chicagoland Collegiate Athletic Conference in 2014-15, which included a regular-season victory over 15th-ranked St. Francis (Ill.) and a berth in the CCAC postseason tournament.