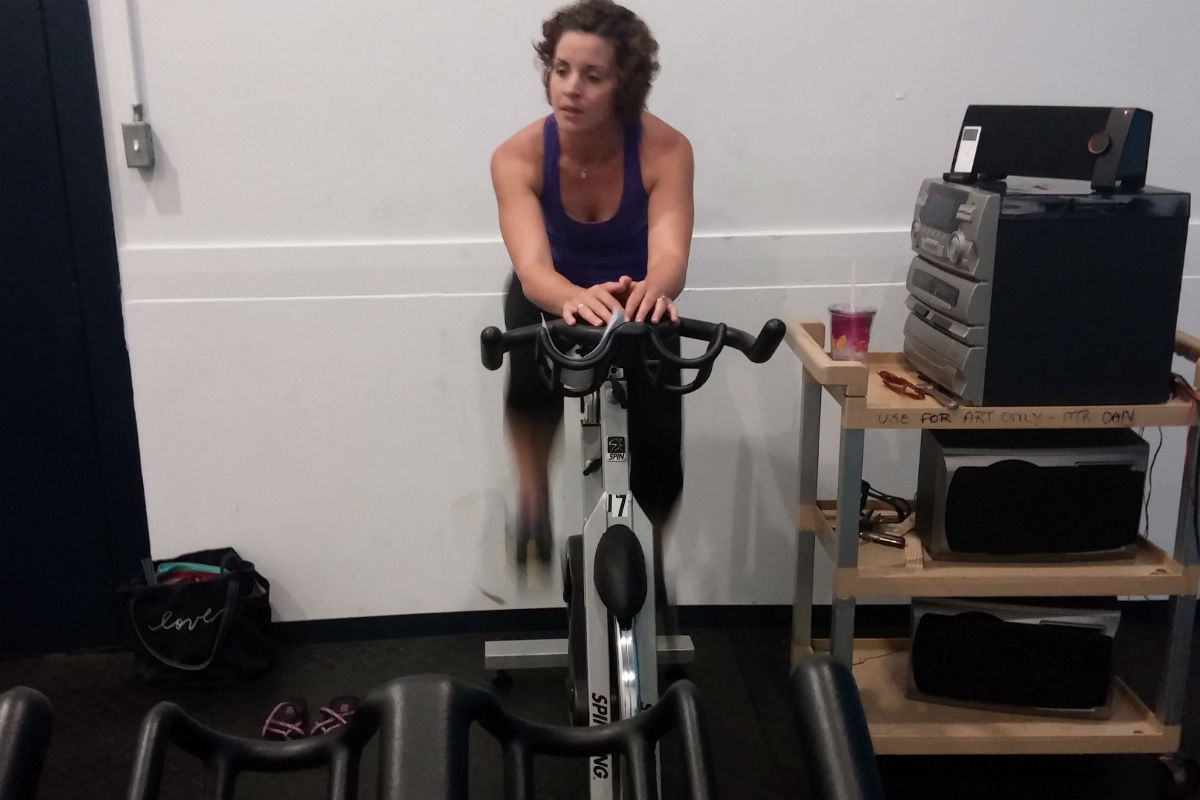 In my entire life, I've never tried a spin class...until yesterday. I played it smart and attended one of the Beginner Spin classes at the La Porte County Family YMCA. Glad I did. It was tough!

Our instructor, Erin, lead the class with upbeat 80s music (I dig that era). And before the class started, she walked me though the basics of the bike that was to be my vehicle for the duration of the class.

It was a small class that day and I'm glad because in classes with tons of people one can tend to get lost in the fold.

Since part of a triathlon is a bike riding portion, I felt that it was quite important to get myself in gear (hehe...bike pun). The La Porte Family YMCA has a ton of classes for their members to choose from so this was perfect for me.

The first thing I discovered from the class is that you sweat... a lot. Like the "I just came out of the shower" looking type of sweat. The next thing I discovered was that I could work at my own pace. This was great because I was initially intimidated by the thought of going to a spin class because from what I heard it was tough and I was every bit a newbie.

Erin had us climbing invisible hills and lifting up off of our saddles (bike seats) to do lift jumps. It was a really great workout. I'm very excited to go back and try it again. Maybe work my way to the more advanced class...