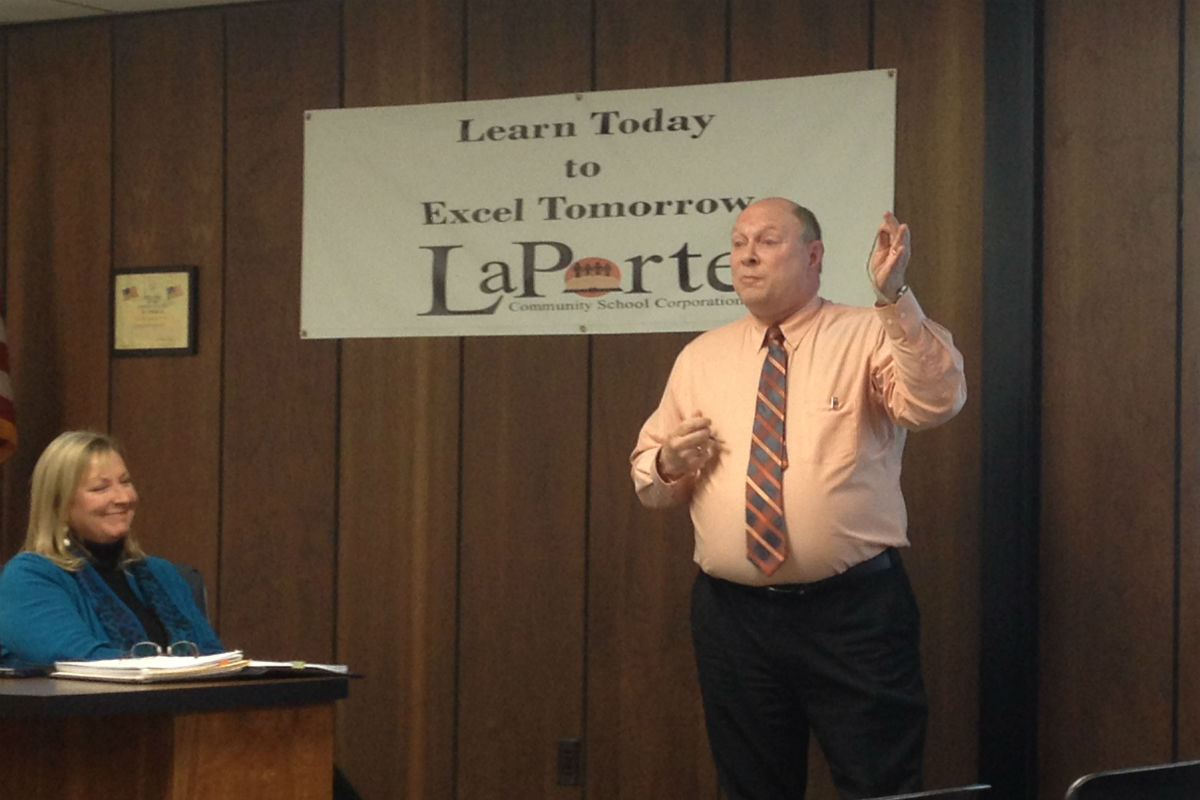 Thorpe has been filling this position for the past four months after the departure of Dr. Glade Montgomery. During this time, Thorpe has realized the superintendent position is a perfect fit him.

“I want to be in this position because I believe that we have such huge potential. I see some real exciting things down the road,” Thorpe said.

Many people came to the board meeting to speak on behalf of Thorpe and the work that he has done in the short time as the corporation leader. Michael Seitz, president of the Greater La Porte Chamber of Commerce, is a stout supporter of the work Thorpe has been doing.

“Rande is the fourth superintendent that I’ve worked with. He is concerned about all the kids at school, not just the kids that are going to college. He listened to me about the need for vocational training. If you haven’t hired him yet, you better hurry up,” Seitz said.

It isn’t just the business community that expressed happiness with Thorpe’s leadership. Jane Wawok, accounts payable for LPCSC, has found the central office to be a much happier and more effective place to work.

“I would like to endorse Rande. He is fair; we are streamlined in our job with what we are doing. Everyone in the office really appreciates him. It has never been this good,” Wawok said.

Joe Mrozinske, a La Porte High School teacher and local councilman, has seen both sides of Thorpe’s work. Mrozinske has been nothing short of impressed.

“I believe in Rande’s vision. I like the direction that we are going. We need to retain Rande. I think we would have a hard time filling Rande’s shoes,” Mrozinske said.

The school board listened to all comments from the public and will decided as soon as January as to whether or not to keep Thorpe on as the corporation leader. An executive meeting was being held right after the open meeting to decide their path.