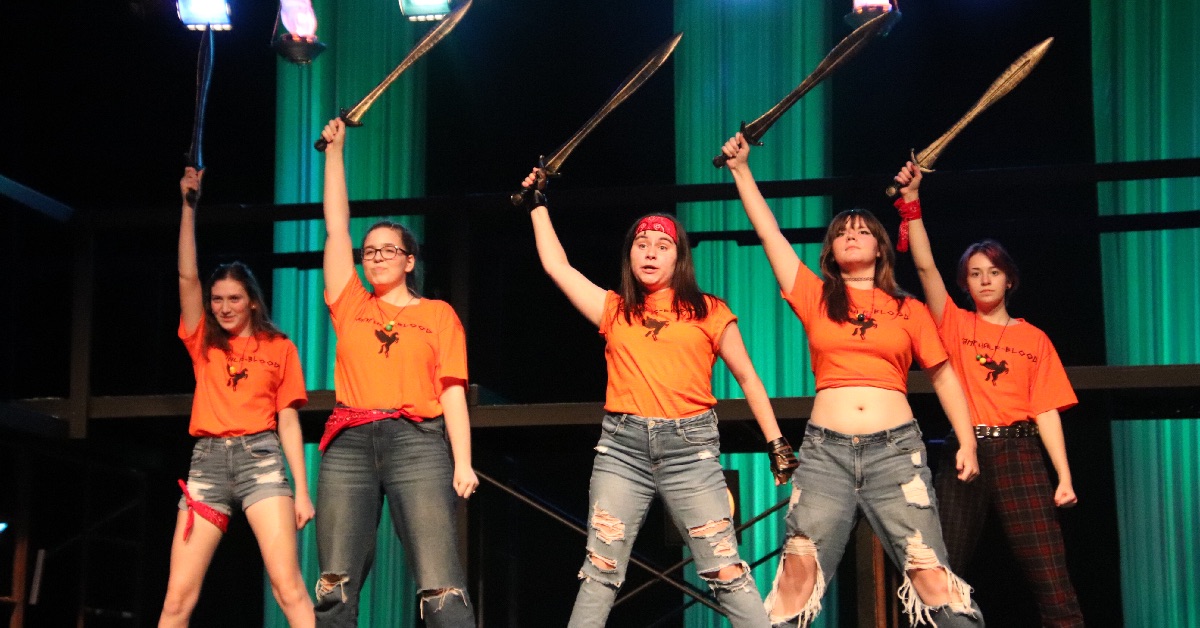 The Young People's Theatre Company, Inc's "The Lightning Thief: The Percy Jackson Musical" has made its way to the stage at The Holdcraft Performing Arts Center. The show, written by Joe Tracz, is a fun musical spin on the book "The Lightning Thief" written by Rick Riordan. The show is full of crazy sword fighting, Greek gods, and most importantly a passionate cast that really knows how to put on a show.

Paolo Castillo, who plays Percy’s best friend Grover in the musical, has made his first appearance on the musical stage and he couldn’t have been more excited.

“I am so happy to be a part of this. I've never been around a more talented cast. It's genuinely been such an amazing experience. Caitlyn is amazing as Annabeth. Chris is amazing as Percy; he just captures the energy so well. I could say that about every one of the cast mates. They're all amazing and great actors. This is definitely something that I'm going to get more involved with in the future,” said Castillo.

Chris Woods, playing Percy Jackson, has been in a production at The Young People’s Theatre Company before. Stan Holdcraft, the director, is who gave Woods the passion to act more. He is happy to be back in another show with the company.

“This company has just meant so much to me. The way I started out here was because our director created a very minor role for me in a musical, just to allow me to get my toes in the water a little bit. It is really cool to be able to start here and then be back again, all because of a little role that wasn't even written into the show,” said Woods.

Holdcraft struck gold with the cast of this musical. Holdcraft said that it felt like each kid who tried out felt like they were made for the part they got. He explained that the cast could have easily been made up of 12-15 kids but when 20 kids ended up trying out, he decided he did not want to cut anyone from the show.

“We had decided we would take 15 kids that were the original cast in the show. We could take 12 or 15 maximum but we only had 21 tryouts. I said I don't want to cut any of them, so we made sure everyone had a role,” said Holdcraft.

"The Lightning Thief: The Percy Jackson Musical" is also The Young People’s Theatre Company’s comeback from a long hiatus due to COVID-19. Holdcraft and the rest of the staff that is a part of making the show are very excited to share with the community a musical that will knock everyone’s socks off.