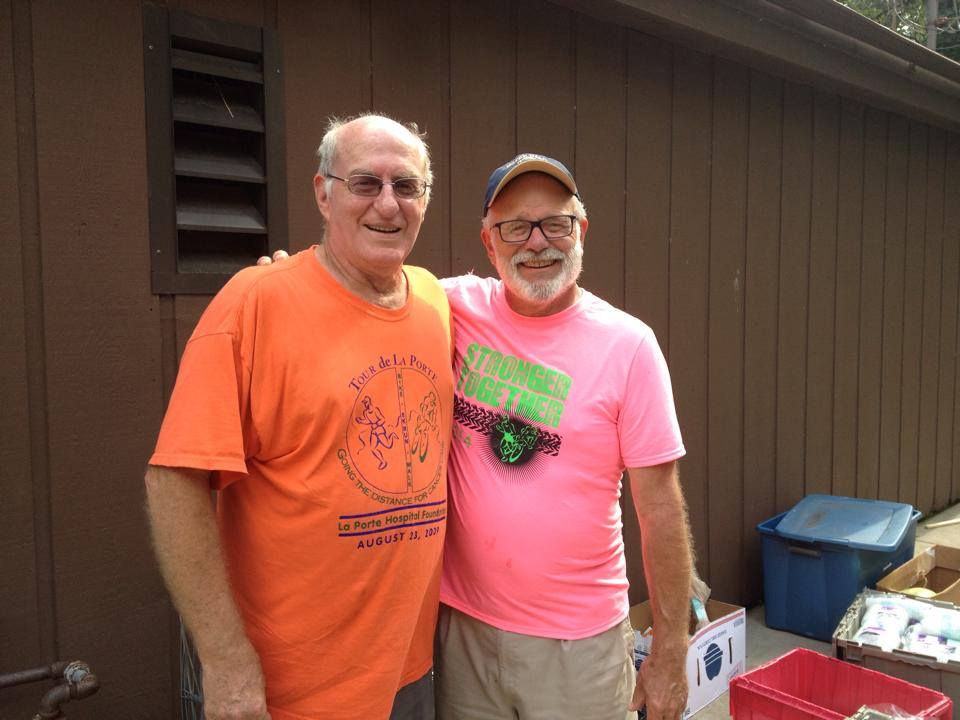 There’s only so much PB&J a guy can take. Not to knock the trusty sandwich, but it’s such a common staple at cycling Support And Gear (SAG) stops that Larry Noel knew he just had to do something different.

Noel, 67, is a former cyclist who’s been dubbed the “Father of Tour de La Porte.” While he no longer rides, he knows what it feels like to fizzle out on a century ride, and has made it his personal mission to ensure the 100-miler cyclists in this particular event will be supported well until the end.

Noel manages the SAG stop at mile marker 66 – one of the last official stops before the century riders make the trek back to Cummings Lodge in La Porte.

“When I would ride, my breaking point was usually about 82 miles. That’s when I wanted to take the short cut and head back. So I want to let the century riders know that at mile 66, you’re going to get a real treat to keep you going the rest of the way.”

And boy, is he serious.

The Noel SAG stop has become sort of famous at the Tour for deliciousness and comradery. Last year cyclists raved about the fresh homemade strawberry short cake, pasta salad, and home-made bread. Noel’s friends and family pitch in to make the eats.

“I want to create something really special, and let the riders know how much I appreciate what they are doing for this cause,” Noel said. “Here, they’re not going to find the usual PB&J, cookies and Gatorade. I always like to greet them with nice cold bottles of water and sometime different to eat.”

Noel has some friendly competition in the SAG stop arena. All the stops along the Tour de La Porte are well-stocked with fresh fruits and vegetables, sandwiches, snacks, drinks, and sometimes even gourmet appetizers from local restaurants. “I’m competing against La Porte’s finest, so I have to keep up my game,” Noel said with a chuckle.

Noel received his founding father title after fanning a spark to start a cycling event in his hometown. He would ride his bike to the home of Greg Fruth – his good friend since 1959 – and once there, he’d contemplate with his buddy, “Why am I traveling all over the country to bike for places that do research? Why don’t we try to do something there that helps our local patients?”

Fruth’s wife just happens to be Maria Fruth – vice president and chief executive officer of the La Porte Hospital Foundation. Give Maria an idea, and it will grow, and the Tour is no exception.

But as big as the event is, there’s still plenty of room for a hometown SAG stop at the personal home of a man who just cares too much to serve PB&J yet again.

Registration is still open for Tour de La Porte! Go online today at tourdelaporte.com and explore the added values, too, like the city’s downtown Farm Dinner offered at a discount to Tour participants!