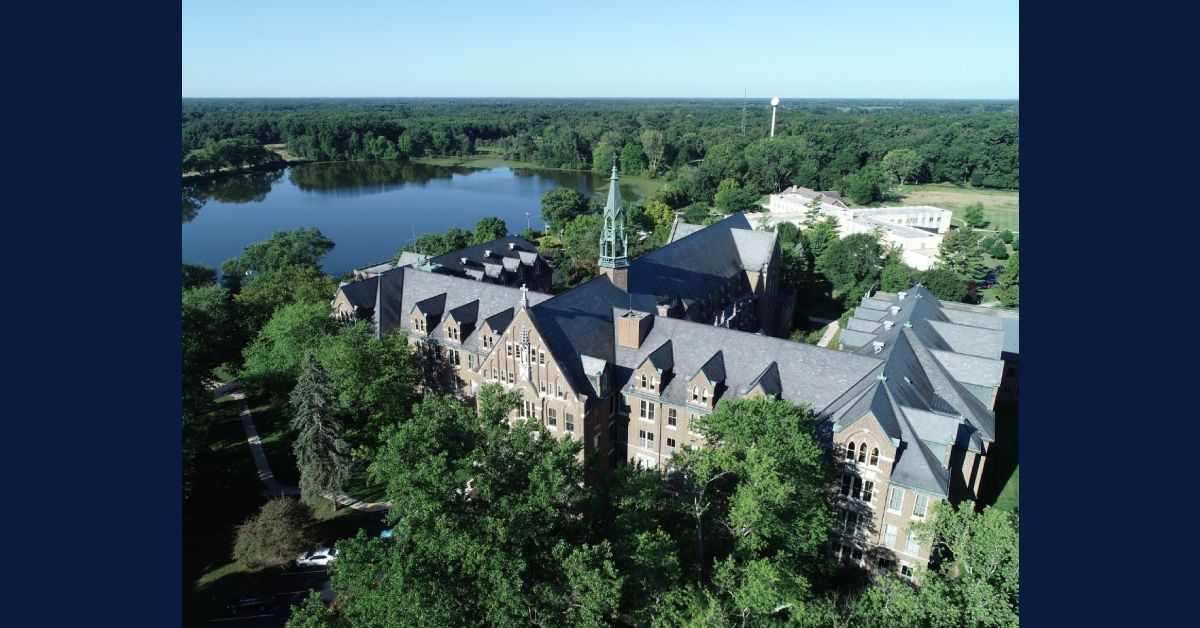 After establishing communities in the Netherlands and England, Saint Katharina asked for eight Sisters to journey to America. Over 200 volunteered. The eight sailed to America aboard the Pereyre, and settled in the Hessen Cassel area of Fort Wayne, where they ministered to German immigrants, taught school, established a hospital, and began growing the American Province.

They expanded throughout the Midwest with their center in Fort Wayne until moving to rural Donaldson in 1922 into their newly built Motherhouse Convent.  Although she never visited America, Saint Katharina was a guiding presence to the Poor Handmaid Sisters of the American Province until her death in 1898.

“They’ve had a long history of caring for the sick and children both through education and healthcare, so these ministries just seem like the obvious things to come out of that,” said Marketing Coordinator for PHJC Jessica Barcus. “These have always been their primary focus, so these programs just naturally came about here. The arts and ecology are important to them as well.”

Each of the five ministries has its own mission statement that correlates with The Poor Handmaids’ core values. The presence of these five ministries at The Center at Donaldson gives it well-rounded ministry offerings that make the campus a truly unique place.

Ancilla Beef & Grain Farm produces natural beef, which helps to sustain The Center at Donaldson community. The cultivation of their natural and environmentally friendly beef, soybeans, oats, alfalfa, hay, and triticale serves as an example of rural family farming and sustainability.

Ancilla Domini College (commonly called Ancilla College) served as part of DePaul University of Chicago in 1925. In 1937, it became an independent two-year college in accordance with the Indiana State Board of Education. This college opened associate degree opportunities to the public starting in 1967 following an expansion in 1966. Sponsored by the Poor Handmaids since its inception, this college follows the Roman Catholic religious tradition in an ecumenical atmosphere and provides students with a quality education.  In 2020, Ancilla College announced a partnership with Marian University and will be known as Ancilla College of Marian University.

Originally a girls’ dorm for Ancilla High School, Villa Maria underwent construction in 1986 to become Lindenwood Retreat & Conference Center. Since 1986, the facility has been used to host many retreats and conferences for a variety of businesses, organizations, and groups where they were able to hold meetings and then relax and enjoy the peaceful atmosphere.

MoonTree Studios is a ministry that works to foster creativity, mindfulness, and sustainability. Participants experience the connection between art, the natural world, and the Spirit. MoonTree Studios embraces integral ecology through their vision of a sustainable Earth Community.

“We’re here and we’re open to people of all faiths and cultures,” Barcus said. “We’ve always been here to support the community, but we want to make more people aware of what is available on this campus and open to the public.”

Poor Handmaid Sisters, some retired, live in community in the Motherhouse or in Catherine’s Cottage or at the Catherine Kasper Home.

“While they are very into their ministry, the Sisters are real people and really are a lot of fun,” Barcus said. “They like to do a lot of the things that everybody else likes to do. Their way of life is centered on prayer, community, and ministry.”

To learn more about the Poor Handmaids of Jesus Christ and their ministries, visit https://www.poorhandmaids.org/.