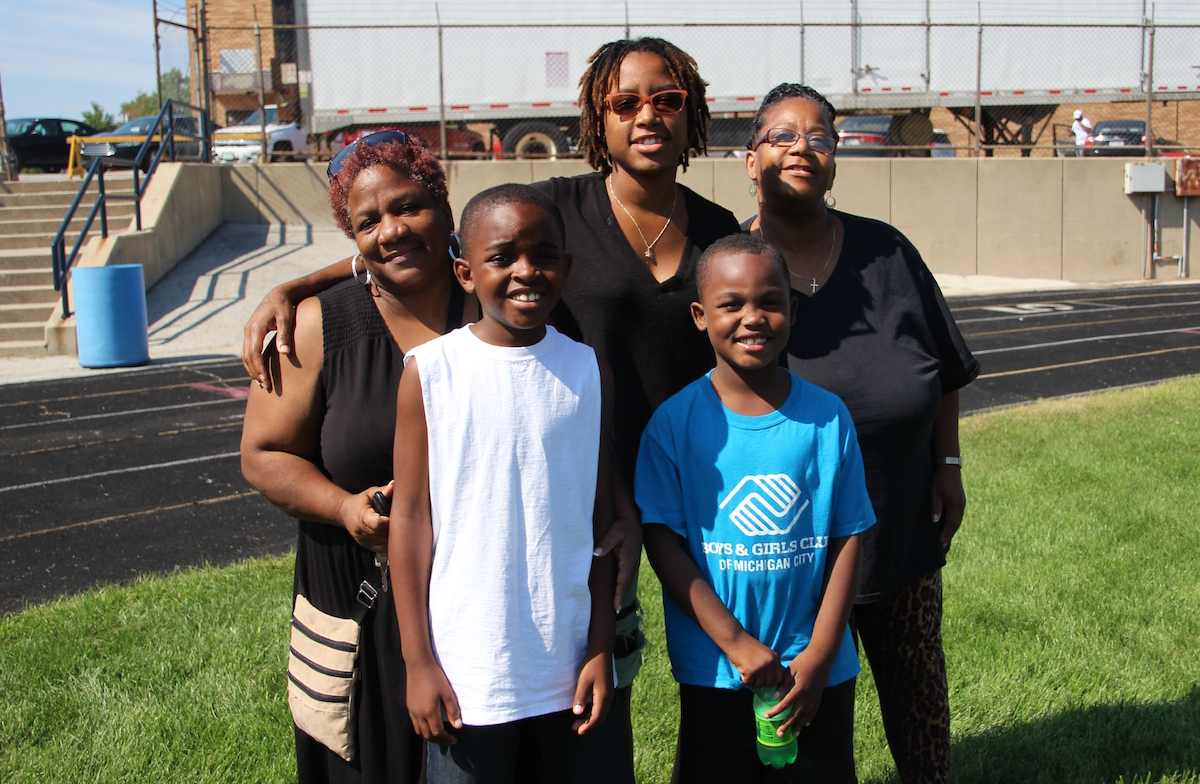 A unified community will always be more successful than a divided one and this is something that the Michigan City Elston Branch YMCA, United Way of LaPorte County, and the Michigan City Police Department all strongly believe.

On Thursday evening, Michigan City came together to enjoy food, games, and open conversation with one another at the first annual Unified Community Cookout.

“We wanted an event with no hidden agenda or program, just people coming together and interacting,” said Detective Marty Corley of the Michigan City Police Department.

Corley was recently approached by his good friend and his cousin who were interested in hosting an event to bring the community together.

Corley said, “They wanted to do something to make sure the community and law enforcement stay together here. At the time, there seemed like there was going to be a divide. They wanted to make sure that our community didn’t have that divide. As we talked about it, I saw a youtube clip about a community cookout and so we decided that was what we were going to do.”

Corley reached out to the YMCA, hoping for a location for the cookout. The YMCA secured a space at Gill Field, helping get the word out about the event through their Facebook page.

“I think it’s important that everybody knows that the YMCA is here for the community and so are the officers,” said Ben Fout, YMCA Community Connections Director.

“We like to share a sense of community so when this event was mentioned to us, we wanted to make sure to be a part of it.”

Gill Field is usually the location of Michigan City’s middle school football practice on Thursday afternoons. Not only did the team give up the field for the day, but they also helped set up the event.

“I think it’s important for these young men to get a sense of community at this point in their life because it’s about more than just being a football player,” said Coach Jim Summers.

“It’s about being a good citizen, about having discipline, about being committed not only to your team, but to your school and the city. When you bring the community together, people see these young men working hard and doing what they can, and they got a lot of respect for them.”

After the location was set, United Way of LaPorte County helped raise over $3,000 in support of the event.

Director of Corporate Engagement Dave Sisk said, “United Way is about bringing community together and raising the hope, raising spirit, helping those in need, and helping support those systems that help those people in need. Law enforcement definitely does that.”

“This is an awesome first time event for the community to come together and show their support for law enforcement. With all of the negative aspects that we see in the media today, this is great that we as a community and as a county come together to support those that protect us. The United Way is very privileged to be a part of this event.”

After the football team set up tables and chairs and carried in a truck load of food, members of the community met at Gill Field to enjoy the evening.