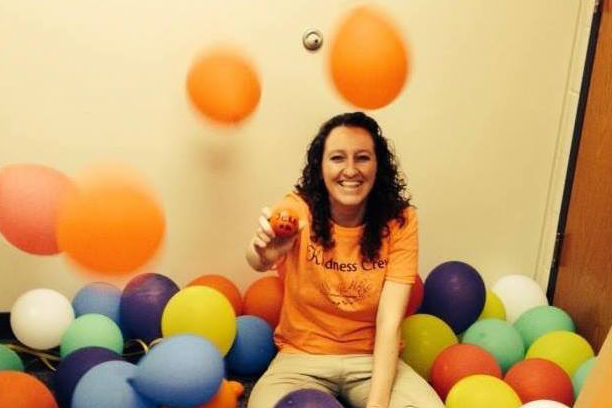 Positivity is constantly in high demand, especially when negativity seems to be the main focus of society. Erin Parker, an English and Public Relations teacher at La Porte High School, wants to bring positivity to the community and connect the school to others.

“I want the community to see what the schools truly are,” Parker began, “I’m hoping we can spread the news of what’s going on the schools, and the students have the power to do that.”

And here’s how she’s doing it:

Parker sends her students out in groups to get coverage on what other schools are doing, and how they get involved with their own community. They take pictures and write articles to later send to various news groups in the community.

Each team is in charge of two different schools and then they come back to write the article and make the videos. The students once made a video for the parents, it was a short one-minute video that was posted on Facebook. This little video got fifteen hundred views and the students could not believe the power they had to create such awesome things.

“It’s my thing to broadcast the good,” Parker said, “and I’m excited to have the opportunity to have students do it as well.”

She has enjoyed seeing the students thrive in what they are being taught to do. They have been excited about going out to learn about new schools, and see what life is like in another community. They come back with fantastic stories, which will bring the community and the schools closer together.

Parker has done a lot for the school and the community She is in charge of Yearbook, and she is in charge of the Kindness Campaign, a school club that is motivated by sending out positivity to the students and the community. She hopes that by teaching this class, the students learn how important it is to stay connected and how important it is to spread positivity throughout.

“I hope they can see the power that their voice has.”

Erin Parker has been the school’s voice of good since she started teaching. Having a Public Relations class, she is able to use that power and passion to teach students how to spread and collect positivity so they might one day be the next voice of good. Since they are starting early, and they have such a positive teacher, it won’t be long before they become the next positive voice of the community,

“No one wants to listen to you if you are spewing hate and rumors. You have so much power if you use your voice for good”