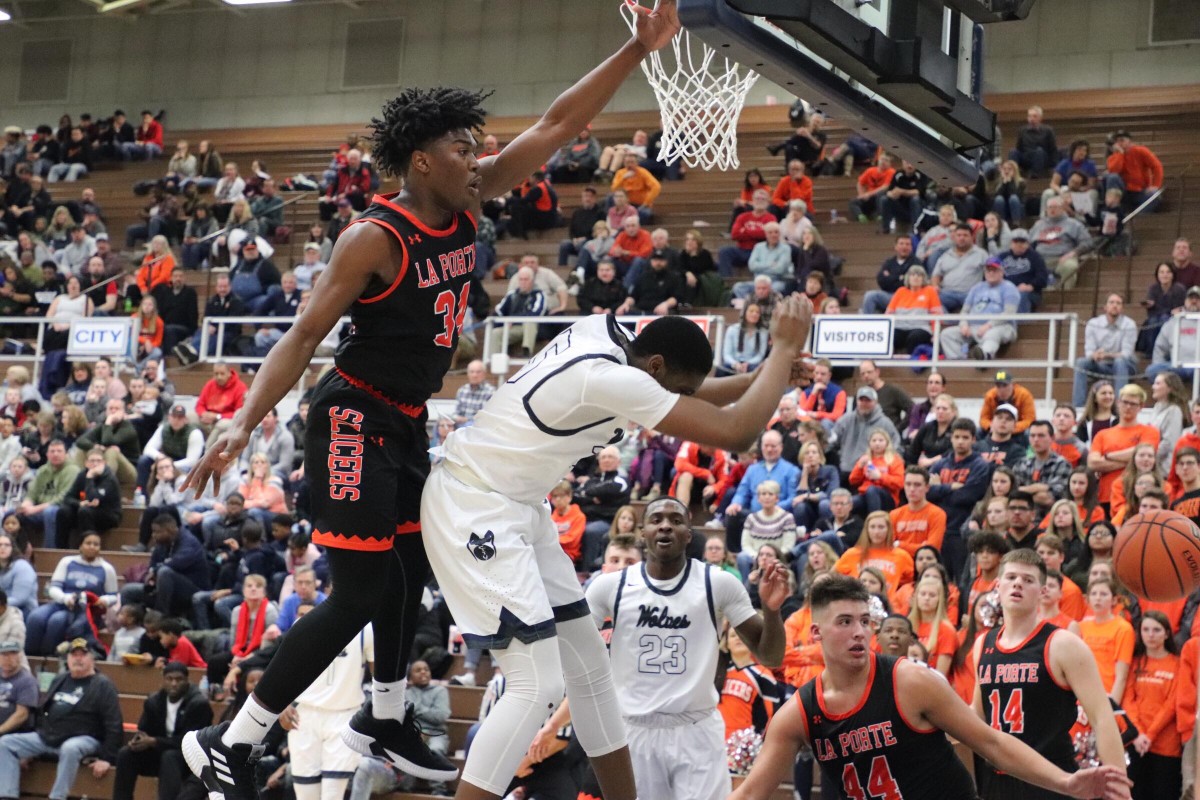 Tensions were high as two rival cities were determined to clinch victory Friday night. The Michigan City Wolves hosted the nail-biter game, which ended with the La Porte Slicers pulling off a 54-51 win in the final minute of the fourth quarter.

The fight to be on top was fierce. Wolves maintained a steady lead over the Slicers through the game until multiple free-throw shots allowed the Slicers to seal the deal. Aside from the impressive talent and plays, it was the boy’s sportsmanship with each other that set this game apart.

“A lot of these have grown up and played together for years which is what makes this rivalry so special,” said Kyle Benge, Head Coach of the La Porte Slicers.

Support from both communities also made the game memorable.

The Wolves Head Coach, John Boyd, noted how the rivalry runs deep, but it’s a great time for the love of the sport.

“This is my 11th year and the rivalry has always been huge with La Porte,” Boyd said. “It’s a great time seeing two communities come together especially how they did tonight - it was such an awesome thing to see.”

“This date is always marked on the calendar so it’s something to look forward to weeks ahead of time, which is what makes this mashup so cool,” said Michael Karpinski, Michigan City’s Assistant Athletic Director. “Whatever the sport being football or basketball -- it’s always a great rivalry.”