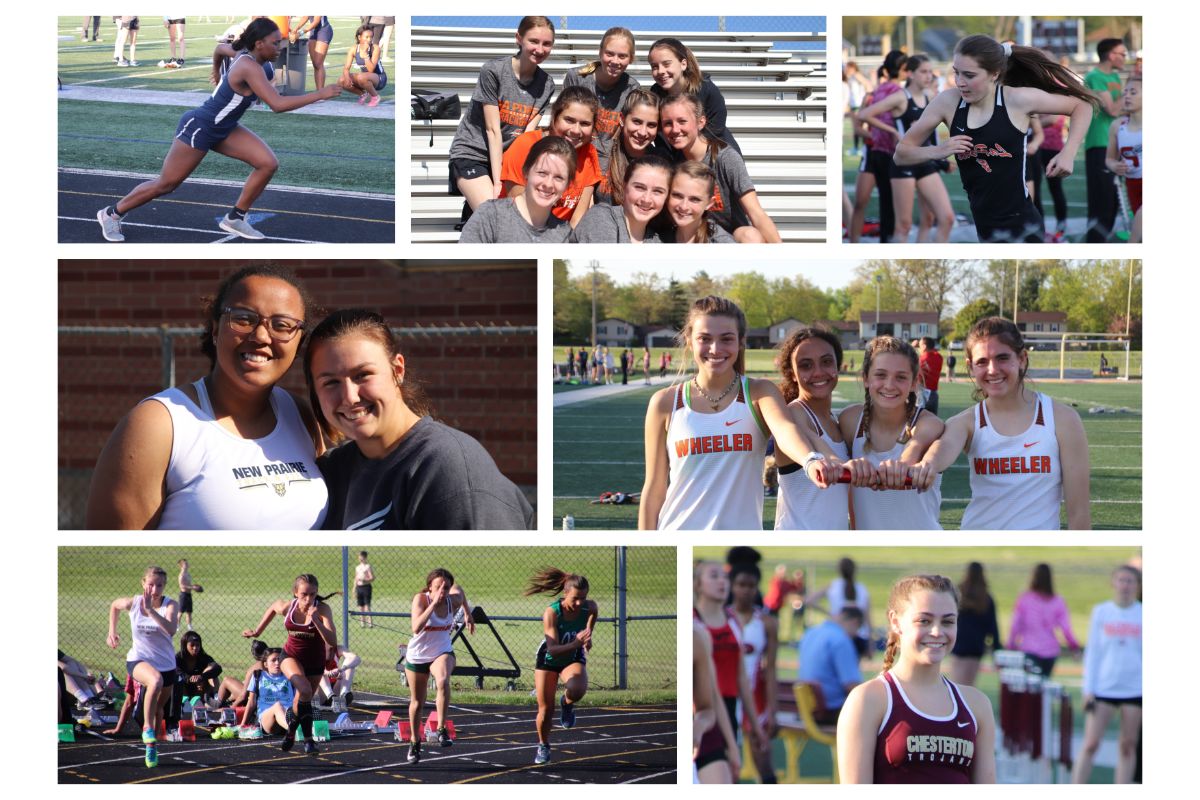 As Beyonce says, “Who runs the world? Girls.” At today’s IHSAA Girls Track & Field Sectionals, it was apparent that she is right.

Athletes from ten local schools joined at Chesterton High School to compete. This was the first postseason hurdle to clear for upcoming state competitions. Many of these girls have been working toward this goal since November. For one runner, however, an injury had her sidelined early on.

Ariana Steele, LaPorte Sophomore, spent the first months of the track & field season on crutches and in air-casts as she healed from micro-fractures.

“I couldn’t even walk,” Steele said.

The process to get back into tip-top shape started with aqua jogging, and from there she was able to start running one block at a time. Little by little, she eventually built back up to a mile. It took a lot of strength and determination from Steele to get to sectionals.

“Being here is a big, big deal,” said Steele.

Not being able to run didn’t stop her from cheering her teammates on. She found that being there for her team was a way to keep her positive.

“I’ve always tried to be there for them and cheer them on, which helped me because I knew I was being positive and helping in some way,” said Steele.

Positivity and support. For many runners at the meet today, these were key. Girls cheered and encouraged each other.

“It’s amazing. During practice and runs we always support each other. It keeps everybody going and lets us know we’re all in this together,” said Valparaiso Junior Ava Gillina.

Support often comes in different forms. For some new coaches, they have returned to the their alma mater to give back to the track programs they were once apart of themselves.

“I originally went to Chesterton High School, and it’s been my goal to come back and coach for this program. It’s been fun to come in as a first-year coach and see these girls really start to excel as a program. They work hard, and they know what they want to accomplish. That drive is completely the same from when I was in high school to now,” said Chesterton Head Coach Lindsay Maskalick.

Some even see coaching as way to give back.

“I’m trying to share with these athletes things I didn’t have, from practice sessions to equipment. I love giving back to my community. I see being with Michigan City as a chance to try and make a change in the program,” said Ryan Jones II Assistant Coach Michigan City.

The genuine care the coaches have for their athletes was obvious at the meet. From encouraging words to high fives, they kept motivated.

“I enjoy watching the girls really work hard and seeing that hard work pay off in their races and workouts. That motivates me to keep doing what I love to do, which motivates them in turn,” said Moskalick.

Coaching even extends past the field.

“As coaches, we sometimes have to be more than coaches. Coaches and mentors; that way they know that someone at least cares because you never know… everyone is going through something,” said Jones II.

Whether support comes from a teammate or a coach, it is an important factor in succeeding. Seeing the female athletes cheer and motivate one another was inspiring. These young women are truly there for each other. Beyonce would be proud.