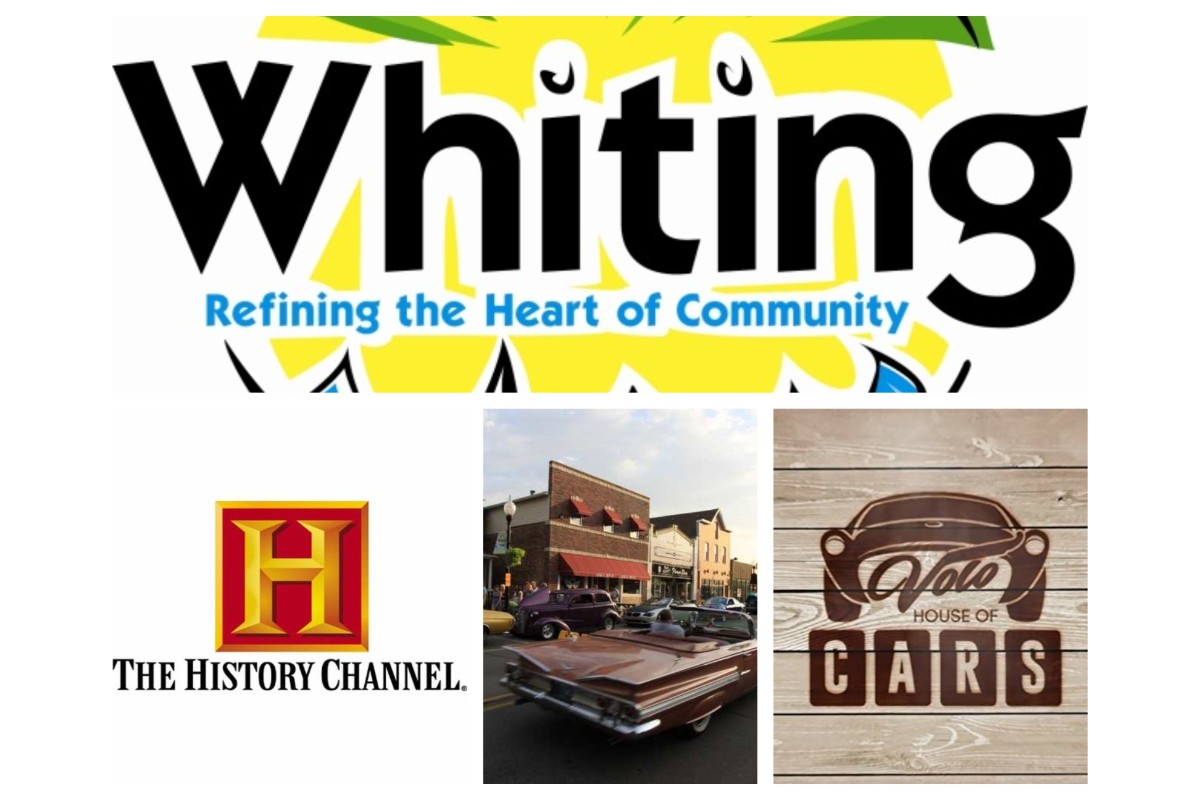 The City of Whiting, alongside many citizens in Northwest Indiana, have been psyched for the long-anticipated TV show, “Volo House of Cars” since this past summer. The show, airing on the History Channel™, offers an inside look into the hunt for rare vehicles and the story behind those rare finds.

The Volo Auto Museum, located in Volo, Illinois was established in 1960 by the Grams family. The show features Museum Director Brian Grams and his father, Greg Grams, the founder of the museum. Alongside them is Brian’s brother Jay Grams, who oversees the sales side of the business. The Volo Auto Museum is nationally known as a one of the most successful collector car dealerships, where famous Hollywood cars and unique finds are featured and sold. The museum features roughly 400 classic, muscle, Hollywood cars and much more.

The City of Whiting, well known for its unique flare and car crazy fanatics, started a working relationship with the Volo Auto Museum in 2014, ironically during one of their summer Hollywood Cruise Nights. That connection led the city to their television debut, landing them on the first season of the History Channel’s Volo House of Cars.

Accord Productions filmed and edited 6 initial half-hour episodes that cover the journey and tale of a rare vehicle search and closing. Episodes explore evenings at Hollywood Cruise Nights where the community was invited and encouraged to be a part of history. Filming took place this past May.

“We’re hoping our show will prove entertaining, with our ratings paving the way for future seasons,” Brian Grams said. “So, watch the show and tell your friends!”

The family believes the show has always been in the plan and have been waiting a while to see it fully unravel.

“This show is the culmination of an effort that’s been ongoing for more than a decade,” Grams said. “We are really excited to see it all come to fruition.”

The City of Whiting celebrates that they will forever be a part of history through this unique opportunity. Support the City and binge watch the show by visiting here. Find the trailer for the program here on youtube.