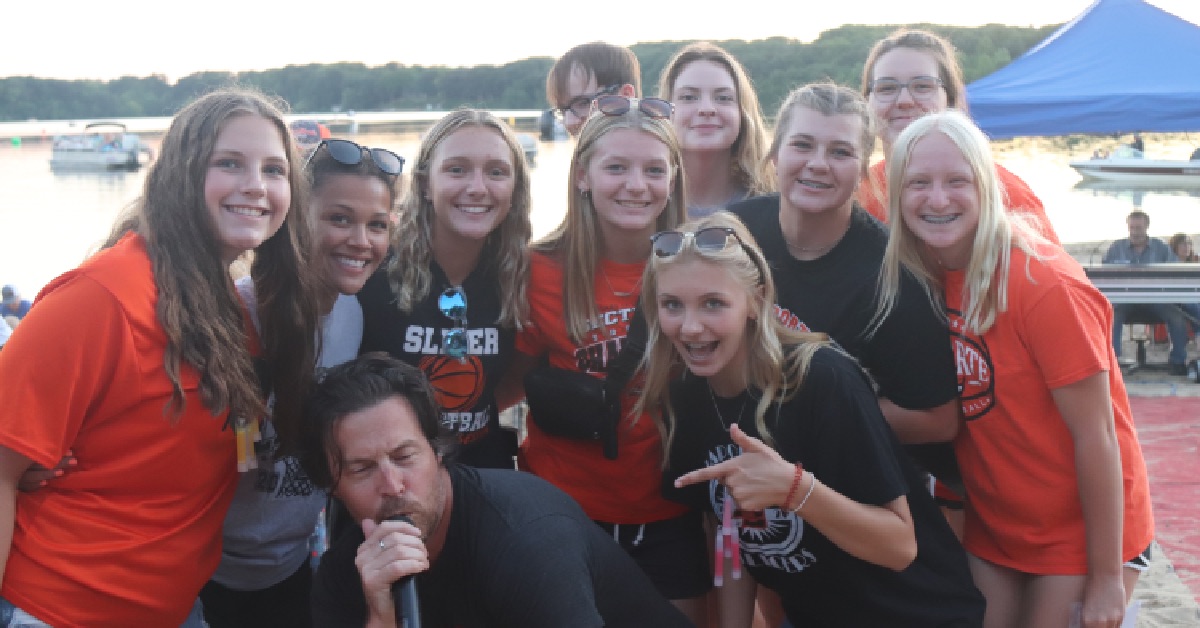 The City of La Porte kicked off its second annual Lake Fest with three attractions. Among the event’s sponsors were organizations such as NIPSCO, Visit Michigan City Laporte, Northwest Health, Horizon Bank, and American Renolit. Lindsay Jongkind, member of La Porte’s planning committee, feels that the Lake Fest has played a part in revitalizing the community and is optimistic of its future impact.

“I just hope that you see a lot of community participation. It's just really great to come out and see people walking around downtown,” said Jongkind. “It’s a really great community that we have and it’s interesting to see everybody out here.”

Contrary to last year’s Lake Fest, the event separated its attractions into different locations in order to better accommodate for social space. At the newly founded event space, The Stitch, Lake Fest featured its Downtown Market & Street Dance. Three food trucks were present as well as ten artists and vendors, all of which being local services, speaking to La Porte’s mission towards self-determination. Many young smiling faces were excited to see bouncy houses present as well.

At Stone Lake Beach, a country music concert took place featuring Clayton Anderson. Jasmine Tabor, the opening act of the concert, was excited to return to live performance after a two year break period. Her musical career was inspired by observing her father’s musicianship and she takes pride in carrying on her father’s legacy and giving back to Indiana.

“It’s all I’ve ever wanted to do. Since I was little, I just wanted to be a rockstar. And I’m proud to be a Hoosier,” Tabor said. “Playing on the beach and seeing all the boats is very fun. I felt as though I got a high from performing tonight.”

At the Dennis F. Smith Amphitheater, the La Porte Lake Fest sported two comedians appropriate for all ages. Nick Hoff, one of the two performing acts, was raised in a close-knit community in Nebraska. He was pleased to find La Porte’s atmosphere to be like his home and people.

“It's a good energy. People are out there to have a good time,” said Hoff. “I can understand these people. I feel like these are my friends and family. I love coming to places like this. It feels like recognizing a shared experience and then joking about it and other things in life.”

The La Porte Lake Fest continues into July 30th and 31st. Following the Clayton Anderson Country Concert, Stone Lake will host AquaX Jet Ski races on both days of this weekend. Additionally, Stone Lake will host a Kayak/Canoe Sunset Paddle on Saturday and a Cornhole Tournament on Sunday. On Saturday, Dennis F. Smith Amphitheater will proceed to showcase the Collective Artisan Market, two 80s themed bands and fireworks show. On Sunday, Dennis F. Smith Amphitheater will host the Fiesta del Lago Concert while Fox Park organizes a Nerf Battle for any foam-based weaponry enthusiasts. La Porte Lake Fest will also provide many other events to bring the weekend to a close.

To learn more about the City of La Porte, consider their website: https://www.cityoflaporte.com/.