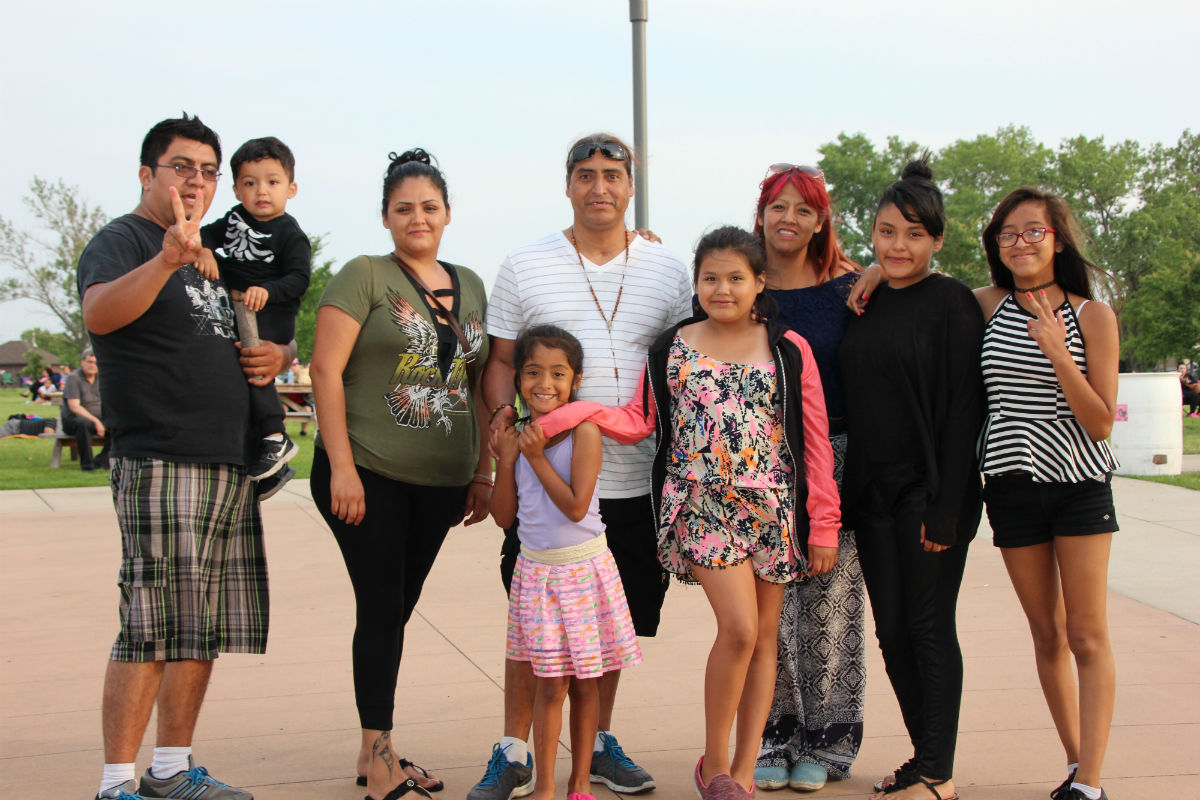 An incredibly talented band, beautiful scenery, and great company could be found all across Northwest Indiana, but nowhere more so than at one of Hammond’s jewels - the Wolf Lake Pavilion. The city celebrated the Fourth of July in style at the Pavilion this year, with fireworks and some of the jazziest tunes around setting the tone for a night of fun, family, and pride.

Performing at the Pavilion was the Bill Porter Orchestra, who have frequented Hammond events for years. The musicians carried on for hours of American classics by Frank Sinatra and more before culminating in a performance as fireworks lit up the sky behind them. The park was packed as people took in the sights and sounds of the celebration.

“This is a great event, and it’s really nice we can have something like this that’s totally free to the public,” said Jill Gajewski, Wolf Lake Coordinator. “My favorite part is seeing all the families out here, and everyone coming together on a common holiday and just having fun. It’s great to see, when the park gets used that’s the best thing.”

One of the biggest draws of the night was the beautiful scenery and set against the music, which provided a fantastic setting for families to relax and have fun. Many have begun to make a tradition out of Fourth of July trips to the Pavilion, with people coming from all around, according to Gajewski.

“It’s a beautiful place,” said Melissa Waszkiewicz, who brought her family out to the festivities. “I remember when I was a kid, all they used to have was the little lake part where you could just go swimming. It’s come to such good use now, for example they have bands here. I’ve been to a lot of events around here, and this is the best one I’ve found.”

People took all kinds of approaches to enjoying the night. Some fished on the lake or played catch with their siblings, others simply sat and enjoyed the music before the fireworks started. Others, however, took a brave and bold step as they took part in a tradition that the City of Hammond holds close.

After the ceremony came to a close, the Bill Porter Orchestra put on an impressive set, and were on stage for around three hours. Bill Porter himself took the mic and addressed the crowd periodically through the night.

“There are some of the finest musicians you’re ever gonna hear on this stage tonight,” said Porter. “What a beautiful evening, this is all so gorgeous. And we’re gonna feature some of these great instrumentals that you don’t get to hear on the radio or TV anymore.”

Hammond's annual Naturalization Ceremony and Fourth of July celebration brought an already tight-knit community even closer together as the city welcomed new neighbors and friends and celebrated with old ones. Faces glowed and people cheered as fireworks lit up the sky over the lake. And just like this year and every one before, Hammond residents and people from all over the Region can look forward to another fantastic Fourth of July next year at the Pavilion.

For more information about upcoming events at Wolf Lake Pavilion, go to www.wolflakepavilion.com.