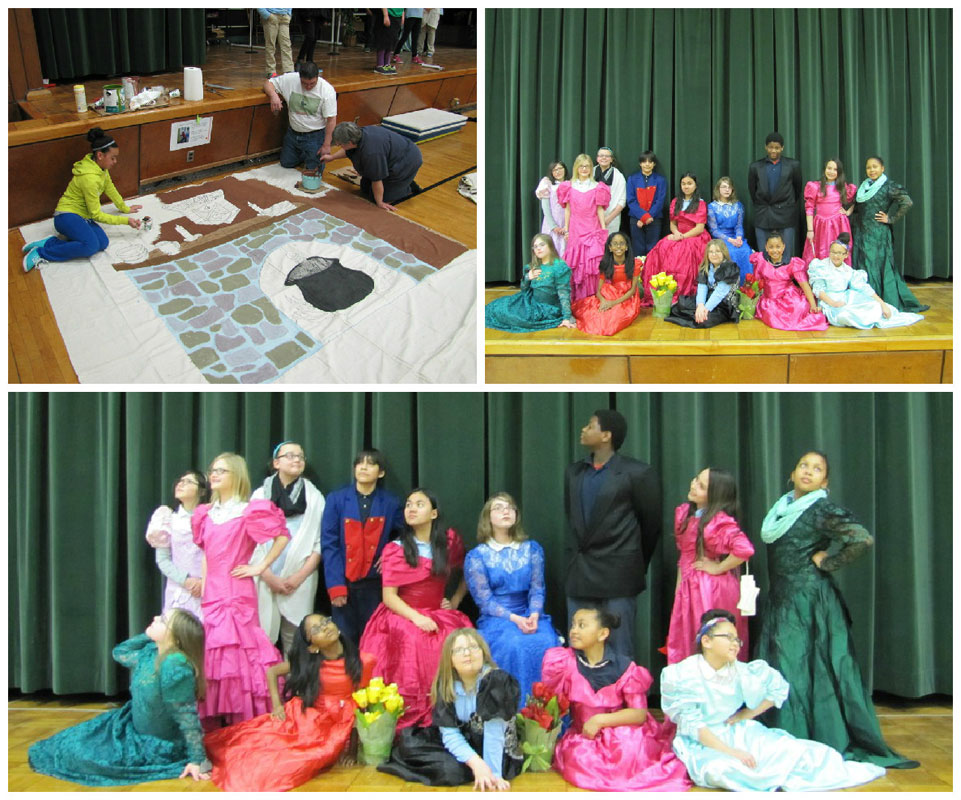 The Edgewood Elementary School “Dream Big Drama Club” began in the 2013-14 school year. Students learned the process of auditioning, stage and practice etiquette, and most importantly, how to work as a collaborative group. All students who auditioned and were willing to abide by the club contract rules were given a role in the first production, “Peggy and Pat: The Pint-Sized Pirates.” Students also participated in a spirit week assembly to provide motivation for the ISTEP+ tests.

Students in the Edgewood Drama Club must follow the same rules and guidelines that all extra-curricular activities follow, including maintaining good behavior and a specific grade point average. In a post-survey, students noted increased self-esteem and a greater willingness to try new things as a result of being in the Club.

Since there are no funds provided for production expenses, the Edgewood Drama Club Advisor (Edgewood kindergarten teacher Tess Pavloff) applied for and received a grant from the Michigan City Education Foundation to help with the expense of costuming and creating sets and props for the production. Students’ families also make a one-time donation if they are able.

Parents and families also play an important role in the production by helping to build and paint sets. Without them, it would be impossible to put on such an elaborate production!

This year’s production raises the creative bar because of the multiple costume changes involved by some of the actors. Over a dozen young ladies will be belles of the ballroom in “Beauty is a Beast.” This is a tale of reverse fortune where the most beautiful (and spoiled) princess in the land loses her beauty and learns that true beauty comes from within. Only then does she find her “happily ever after” as all good fairy tales go.

Edgewood students and their families will enjoy two performances of Beauty is a Beast on Thursday, February 19.