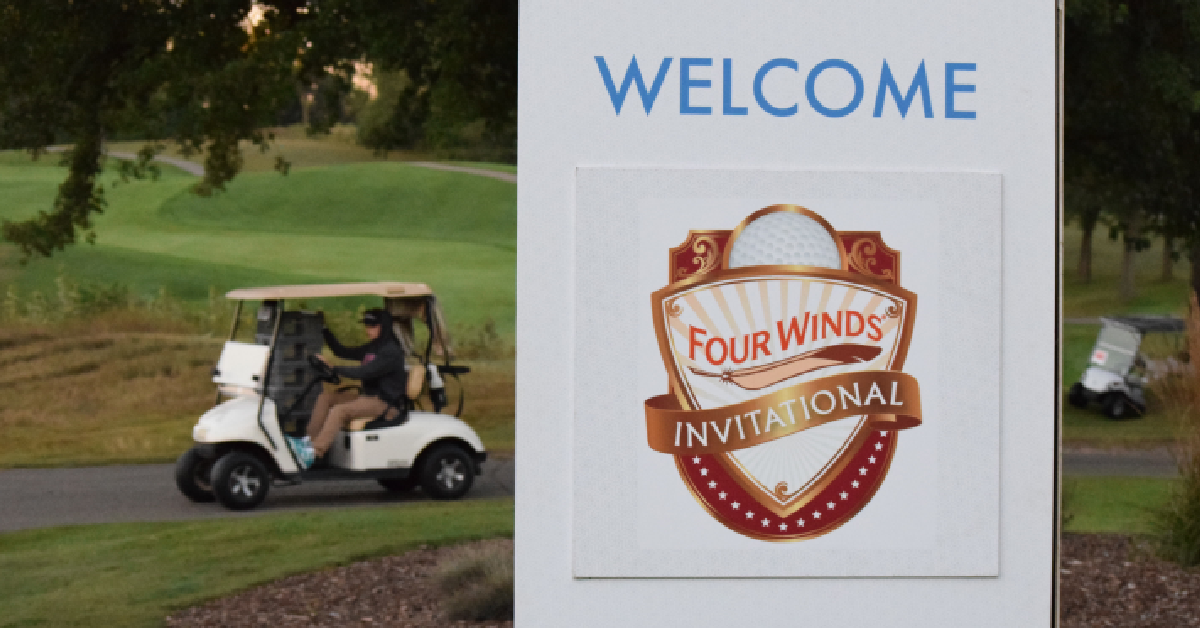 The club has previously hosted such prestigious events as the Indiana State Amateur, Indiana Senior Open, Women’s Western Amateur, and the Western Open.

The Pokagon Band of Potawatomi and its Four Winds® Casinos are pleased to announce that the 2021 Four Winds Invitational, part of the Symetra® Tour – Road to the LPGA®, will be held from Friday, August 13 through Sunday, August 15, 2021, at the South Bend Country Club, located at 25800 Country Club Drive in South Bend. Kim Kaufman won the 2020 Four Winds Invitational, which was held from September 4 through September 6 at Blackthorn Golf Club.

“We are very excited to announce our new partnership with South Bend Country Club to host the 2021 Four Winds Invitational,” said Matthew Wesaw, Tribal Chairman of the Pokagon Band and CEO of Pokagon Gaming Authority. “Not only is the South Bend Country Club known as one of the top golf courses in Indiana, it has a long history of hosting many prestigious tournaments. From the grounds and club house facilities to the course location which is just 10 minutes from our Four Winds South Bend casino, we feel this new location will further enhance the appeal of the tournament to players, attendees and sponsors.”

Frank Freedman, Chief Operating Officer of Four Winds Casinos added, “We are thankful to everyone who helped contribute to the success of the Four Winds Invitational over the past nine years. Moving the tournament to the South Bend Country Club for 2021 supports our ongoing effort to improve the tournament each and every year. We look forward to working closely with the South Bend Country Club and the LPGA Symetra Tour to make our tenth annual Four Winds Invitational, our best tournament yet.”

"The South Bend Country Club is extremely proud to host the Four Winds Invitational in 2021,” said Gary “Duke” Downey, CEO, South Bend Country Club. “Our staff and membership are excited to embrace our new partnership with the Pokagon Band, its Four Winds Casinos, and the LPGA Symetra Tour. We are committed to providing an experience that will exceed the expectations of the players, spectators, and sponsors.”

“The Symetra Tour has enjoyed a fantastic nine year run at Blackthorn Golf Club and are grateful to Tim Firestone and the team for all of their efforts in producing a first-class event,” said Mike Nichols, the Chief Business Officer of the Symetra Tour. “We are now excited to begin a new chapter with South Bend Country Club, and add to their rich history of hosting championship events.”

It is located next to Chain O’Lakes, which makes it the perfect setting for golfers or anyone who wants to relax and enjoy natural lakes, lush marshes, and graceful willow trees for golf and a variety of other events. The 18-hole course was designed by Chicago based architect George O’Neil and it was ranked the sixth best private course in Indiana by Golf Digest. It is home to an annual U.S. open qualifying event and consistently provides golf enthusiasts with a unique experience. Over the years, it has hosted events such as the Indiana State Amateur, Indiana Senior Open, Women’s Western Amateur, and the Western Open. The club has also welcomed golfing greats Byron Nelson, Ben Hogan, and Arnold Palmer and celebrities that include Bob Hope and Bing Crosby. More information is available at https://southbendcc.com/.

Over the last nine years, the Four Winds Invitational has also become an important fundraising platform to help its long-term partner, Beacon Health System, purchase life-saving equipment for those in need. During this time, the Pokagon Band has donated $734,720 to Beacon Health System.