Michigan City has long proved to be an attractive destination for Summer day-trippers. While the area and its shops, restaurants, and landmarks hold appeal in winter months, it’s the hazy, warmer seasons that come to mind first. Sunset Grille is a restaurant that makes for an idyllic Summer dining experience.

Located just off Lake Michigan in Washington Park, right in the heart of Michigan City’s beautiful stretches of lakeshore, the restaurant offers breathtaking views that elevate the average dinner to an experience. It might come as a surprise to some to know that if they were to gaze from that same vantage point toward Washington Park decades ago, their views would have been just a tad bit different.

Between 1900 and 1908, an amusement area was built in Washington Park, complete with a wooden roller coaster, large carousel, Whirligig, and miniature locomotive train. Later, a Ferris Wheel, boat ride, and other rides and games were added. The Washington Park Zoo was built in 1928, continually expanding throughout the ‘30s with the help of WPA workers. Notable installments include the famed Monkey Island in 1934 and the Zoo Castle in 1937. The historic observation tower that still stands today was also built in 1937.

Imagine a view with less trees, too! A mass tree-planting took place in the park on Arbor Day in 1934. Many of those trees are the very ones that fill the park today.

While an amusement park with historic value has a draw to it, today’s Washington Park area delivers a relaxing, resort-like vibe that satisfies Summer’s beachside cravings. Sunset Grille blends into this atmosphere perfectly, and the ability to order food at a concessions area on the ground level calls to mind the Midway that once stood nearby. Those yearning for a classier bite over a dreamy view (with an adult beverage in hand) can head upstairs to the rooftop.

Another unique feature at Sunset Grille is the frequent live music performed on the rooftop. Be sure to check in on their Facebook page to stay up to speed on their upcoming events. With music, refreshments, historic surroundings, and a view of the sun slowly sinking into Lake Michigan, this is one Summer destination you don’t want to pass on. 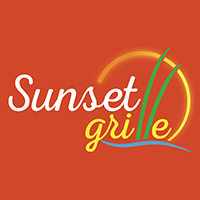