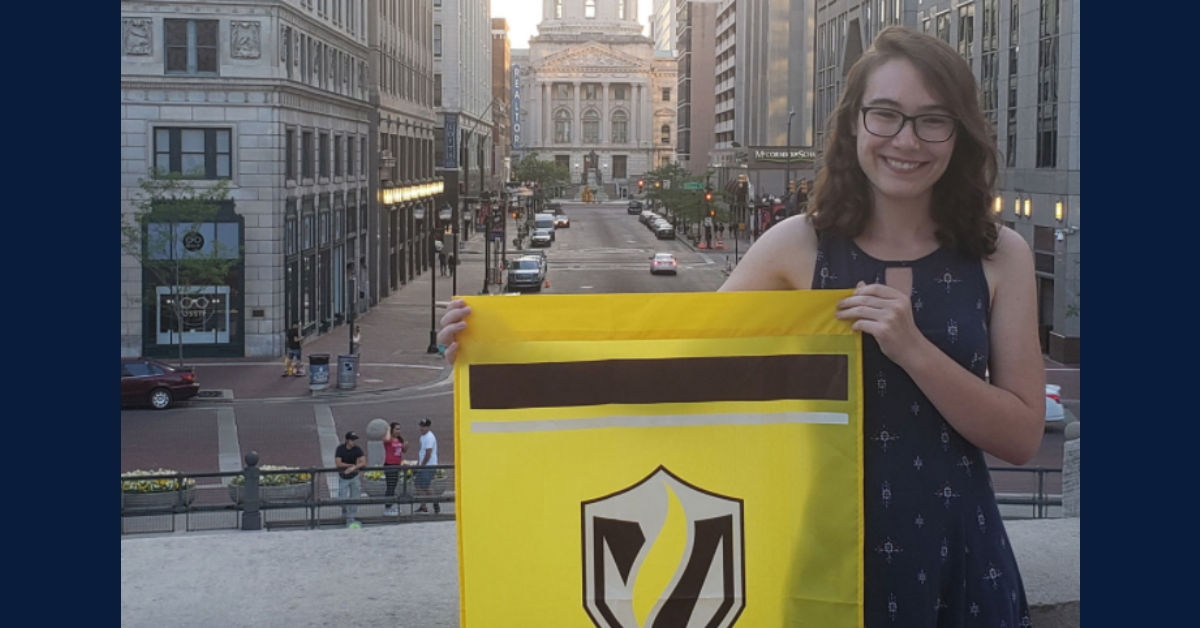 Orr Fellowship, one of Indiana’s most celebrated nonprofit talent programs, is a two-year post-graduate program that places high-achieving college seniors from across the Midwest in full-time, paid positions at dynamic companies and organizations in Indianapolis.

Steinhiser will join Orr Fellowship’s 20th and largest cohort of Fellows to date. From August to October, college seniors from across the Midwest were recruited to Orr. Of the nearly 1,300 applicants, just 100 were invited to Orr Fellowship’s Finalist Day held in November. Of those 100, 79 individuals received job offer calls.

Orr Fellowship’s one-of-a-kind interview day, typically held at the Indianapolis Motor Speedway Media Center, was turned into a virtual event this year. Candidates and Indianapolis business executives conducted over 420 interviews over the course of eight hours.

Steinhiser and other Fellows were hired by 46 partner companies this year that include IU Health, Kinney Group, KSM Consulting, Lev, Roche Diagnostics and Terminus. There were 9 first-time partner companies also welcomed to the Orr Network.

After graduating with degrees in political science and communication with a minor in Spanish from Valparaiso University, Steinhiser will begin at KSM Consulting, a management consulting and technology services company.

In addition to working at KSM Consulting, Steinhiser will participate in Orr Fellowship’s programming dedicated to nurturing the entrepreneurial spirit and developing strong leadership skills. Steinhiser will also enter Orr’s networking communities via the program and help recruit the next cohort of Orr Fellows.

Dozens of Fellows have gone on to found their own businesses and most former Fellows have become leaders at successful companies.